When people ask what it means to make a game, they typically point to a standard set of devices: points, scores, levels, and so on. It’s rare that story makes the list. And yet, gamemaker Davey Wreden was able to move the medium to new heights with a deep exploration of story in his breakout freshman title The Stanley Parable, a tale of an office worker who veers from the script. With The Beginner’s Guide, Wreden flipped the post-modern switch with a fourth-wall breaking effort that evoked Cervantes and his favorite director Charlie Kaufman. We talked to Wreden about his design process, why games need an emotional core, and why film school isn’t for everybody. 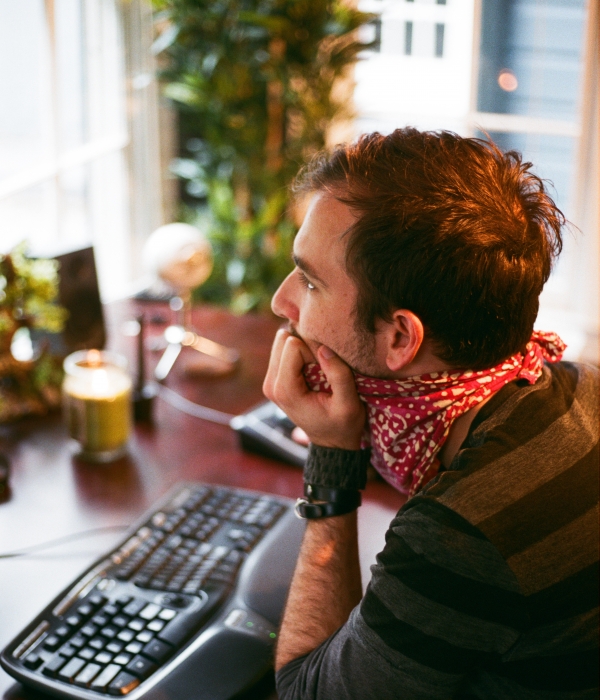 Davey at home in Austin, TX

How did you get into video games?

I cheated the system. Video games were always my passion. I was in college at USC studying film, and in my spare time, I decided I really wanted to take a stab at making a video game. I was inspired by a lot of the mid-2000s era mods that were coming out like Dear Esther and Radiator, and I wanted to see if I could do it for myself.

The original Stanley Parable was just me sitting down in my bedroom at college for two years, just hammering away at this not very well-crafted but well-intentioned little mod.  I mean, I graduated from college literally thinking that I was going to open up a bar, right? Game design was never really on the radar, but then Stanley Parable got this crazy response and reception, and suddenly I was like, “Well, maybe I am a game developer. Huh. How about that?”

Typically people who go to film school at some level are interested in going into the film industry, but your interest in film was structured around something different. I’m curious how you thought about your role as a game designer, as related to things that you were ostensibly at college there to be studying.

Film school was a very intellectual decision. When I was young, I would think of video game ideas all the time. What I realized was that I was really focusing on the stories of the video games. At the time, there really weren’t a lot of video games that were only story. This was 2005. Realizing that what I … really cared about was the storytelling made me go, “Well, that is just what film is, right? Film is just the story part, without all the gameplay.”

Yeah, basically. But that’s it, right?

Now in retrospect, that’s crazy to think that that would be appealing. The other part of it was that film was just more of a legitimate career path, right? USC Film School sounded more impressive than one of the magnet specialty video game colleges. After I got into film school, it didn’t take long to realize I don’t love film nearly as much as everyone else there.

You describe film as just the story part without the interactivity. When you describe it that way, it does give games this opportunity to do something really different with stories that film could never really do. Why do you think that gamemakers have been so slow to make story a primary driver or motivation as opposed to some of the other enjoyments of playing games?

Anything that you did would look like a third-rate version of those other things. You can’t tell Schindler’s List via a ping-pong game.  It has to take a while for that momentum to be sort of shifted or redirected enough for people to even begin starting to really ask that question of, “Well, hang on. What if we did try to use this to tell a story?” 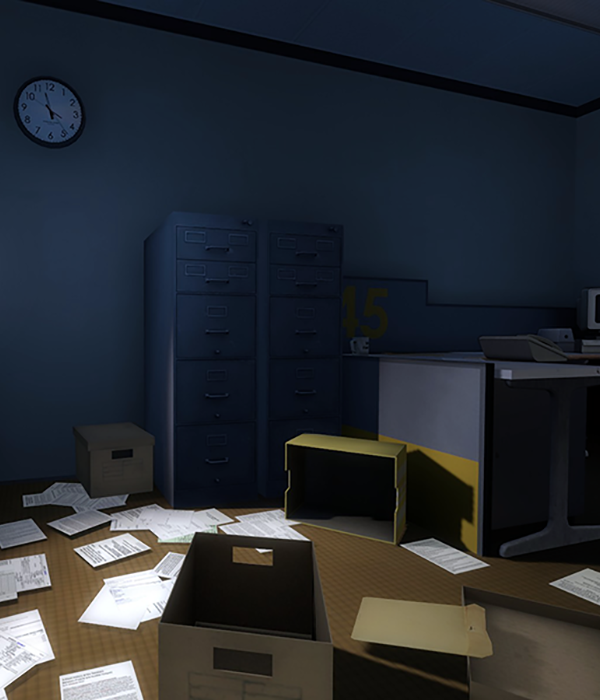 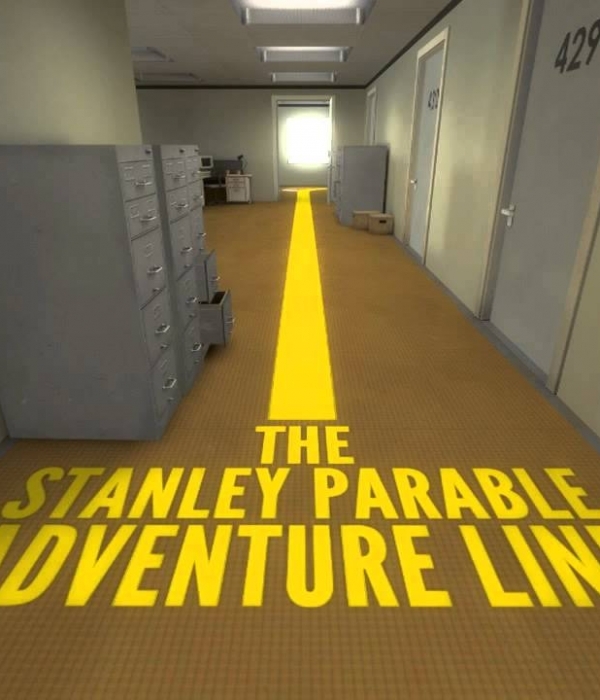 One of the hallmarks of games as a medium is every game starts out with a sense of confusion because you have to learn how to play the game. I’ve really enjoyed that the mechanics of your game are very straightforward. You walk, and then you look, and you have interaction, but the complexity comes from your choices. There are all these things that you could or could not be doing.

Well, Stanley and Beginner’s Guide both came from the same fundamental place, which was that it was a design constraint. I didn’t have the ability to make something that was more complex, or that was weirder than that on a mechanical level. I knew that I wasn’t a very good craftsperson. I don’t really have the ability to sit down and tinker mechanically with something for ages, and ages, and ages. I get bored really quickly. It’s weird how serendipitous it is because that enabled me to get into the design work that I was interested in, but it also made the games more accessible because it meant that I didn’t have to ask anything of people, particularly mechanically.

“I didn’t have the ability to make something that was more complex, or that was weirder than that on a mechanical level. I knew that I wasn’t a very good craftsperson.”

It really changes based on what I’m doing. I would say predominantly the way that I make things is by starting with an emotional core that I feel really, really excited about. A lot of times I have no idea what the game is that I want to make. Or I know what the feeling is, and I know basically what stuff is in the game, but I have no idea what you’ll actually do in the game that will get you to that feeling.

Sometimes I’ll say to someone, “I have an idea for something.” And I’ll try to explain it, and it’s clear that people just don’t get it because I don’t know what the game is yet, right? How are you supposed to interpret that? What’s the something in the middle that happens? I usually don’t know that. Making the game is about finding out what it actually is.

Since I’m trying to explore things that have a more mechanical depth to them now, it’s getting a little bit harder to explain to people. I’m progressing toward needing to use that prototype now more. It’s more asking: What is the feeling of existing in this space? What is interesting about this chunk of the world that would make you actually want to stick around here, and want to be here for longer? 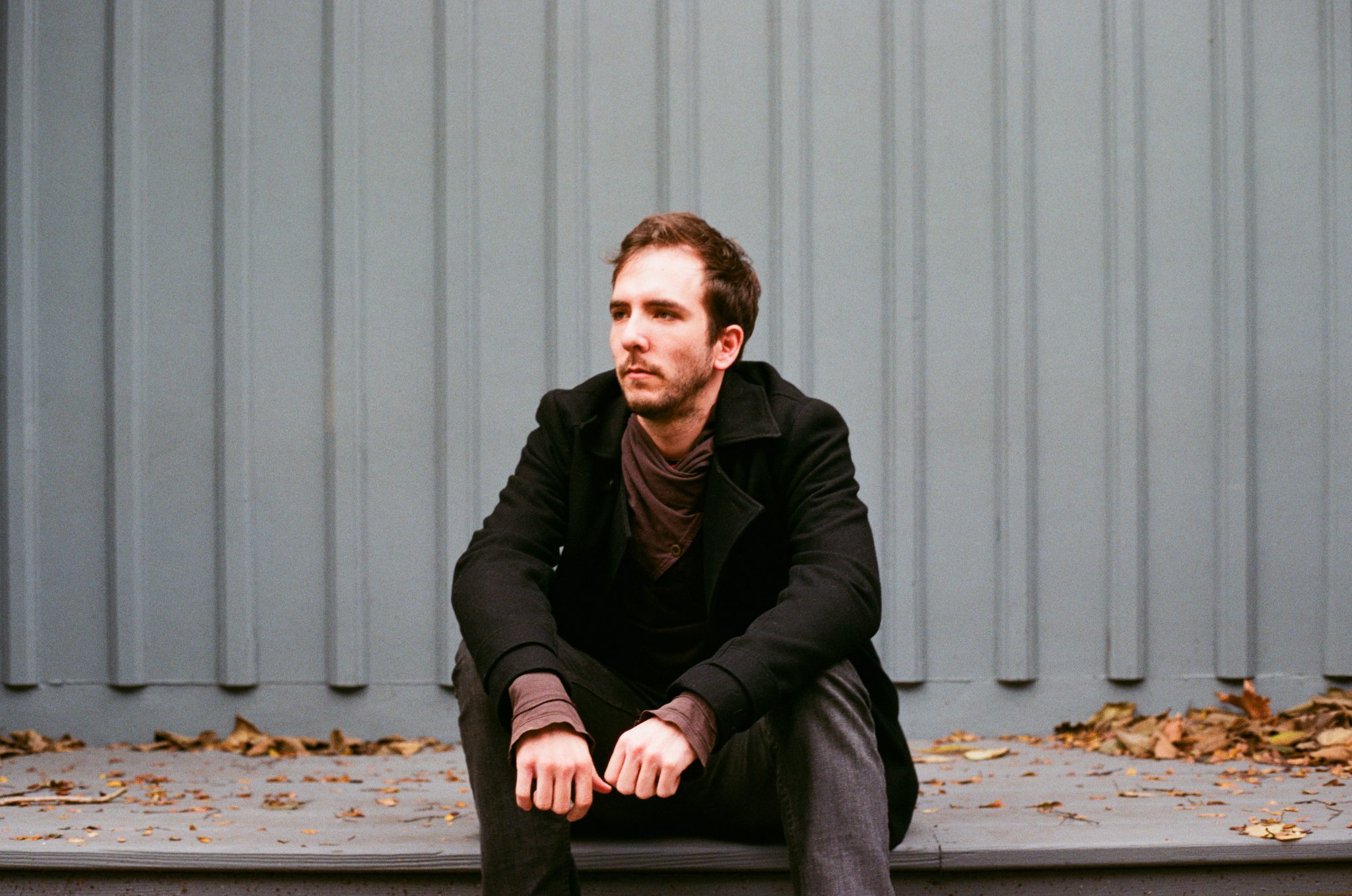 That’s so different from the way that game designers traditionally have created games.

My philosophy about it is that everything that’s interesting has a strong emotional core. Every piece of media that I think is really good is about something, even when I can’t really articulate what that something necessarily.

On Stanley Parable, for example, Stanley is weird because that was the convergence of everything that I was interested in up until I was 20, right? That was my whole life up to that point. When I was younger, I was deeply terrified of getting stuck in a rut, and never getting anywhere, and never making it, and never expressing myself. I was terrified that I was just going to somehow fall into a routine and piss my life away, and never do anything. In retrospect, that’s absurd, but that was what I was really afraid of at the time. I would crave anything that promised a break from that, anything that promised subversion, or change, or chaos. It was like a drug to placate me from the fear of mundanity and simplicity, you know? Part of the point of making Stanley Parable was that I was so afraid of contradiction and complexity that I wanted to feel like I wasn’t at the mercy of this weird, chaotic force. That was Stanley Parable.

When Stanley Parable came out, and it really changed a lot of things for me, because I was put in a sort of a new position where I got the things that I was looking for, right? I was no longer at risk of working a 9 to 5 job every day until I was 65 and then retiring and just playing golf, right? A lot of those fears, the fear that was driving that push toward that insatiable craving for complexity and contradiction—that kind of went away, because it was no longer a pressing fear. 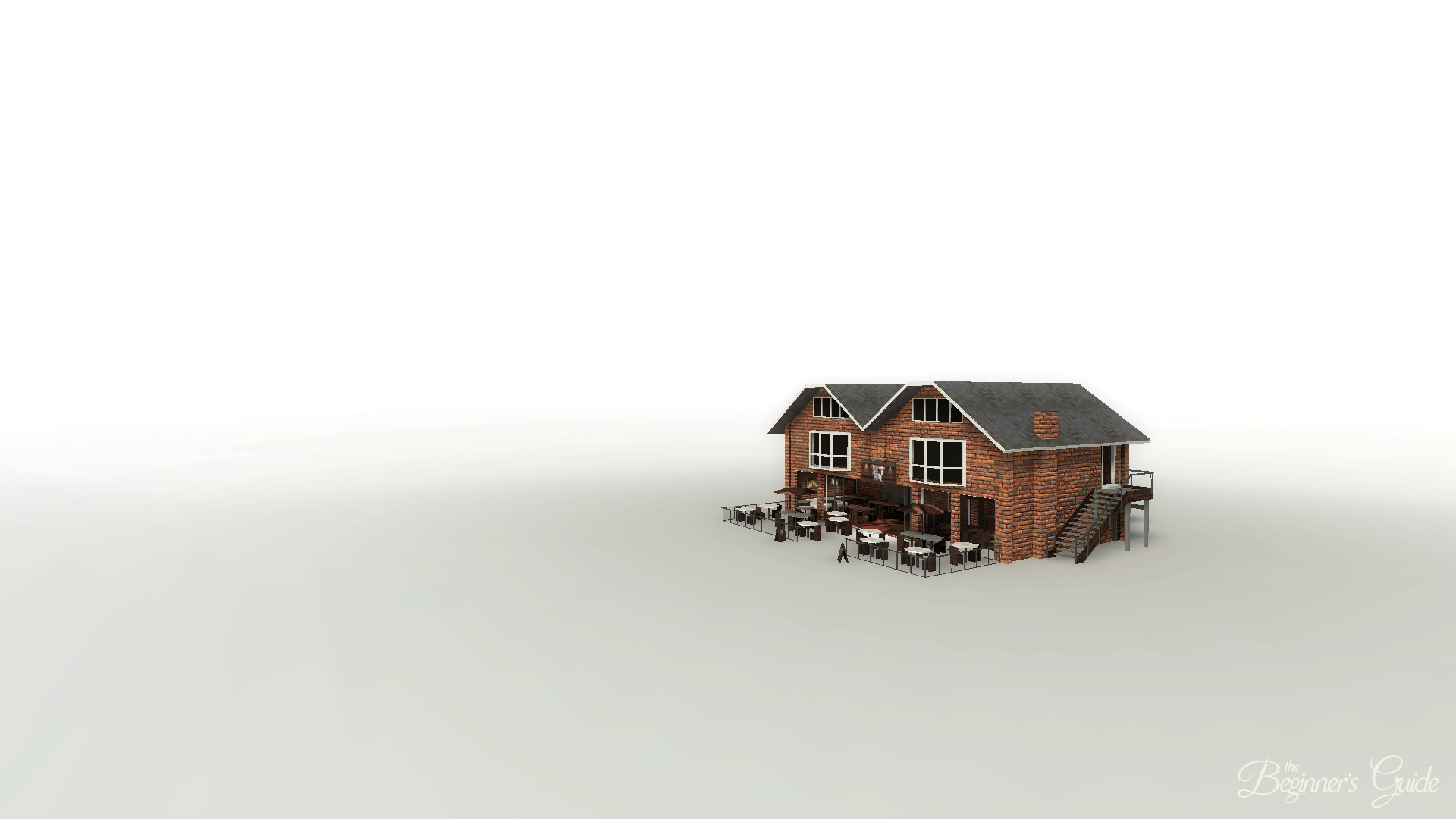 Part of why Stanley and Beginner’s Guide were interesting to me as projects were because they had these built-in narrative acknowledgments of the limitations of the world. In both of those games, there’s a reason why you can’t leave these spaces. When I reimagine the idea, but inside of a framework that has justification, the real justification for why you wouldn’t or can’t leave, and that that reason is consistent with the emotional reason why you’re playing this game in the first place, I always find that more compelling. I want all of the physical reality of the world to be consistent with that emotional core. That doesn’t look like how we usually think about a game world. Usually, in a game world, we build a space, and we like the space, and then we create a justification after that for why you can’t leave it. 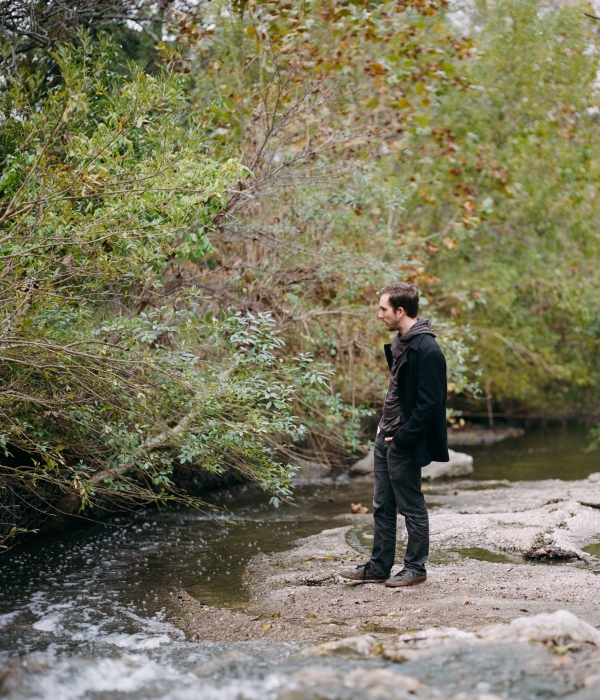 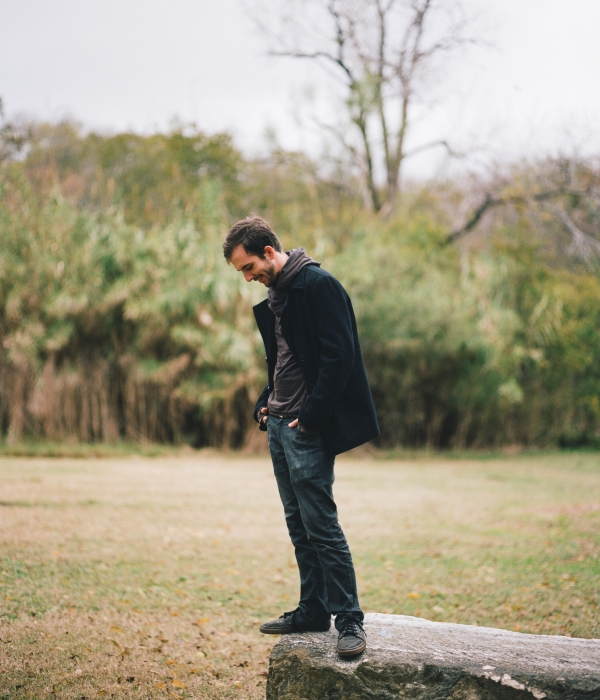 Interview by Jamin Warren on August 11, 2017. Edited and condensed for clarity.