To listen is to interact

An umbrella. A pool noodle. A glass of whiskey on the rocks. These are all objects that Joo Won Park has used over the course of 100 Strange Sounds, a musical project that spanned nearly two years. From July of 2012 to May of 2014, Park regularly posted videos of himself performing pieces of live electronic music using nothing but a microphone, a computer, the audio synthesis program Supercollider, and a single object—all in realtime and with no post-processing. In these videos, Park conjures chattering soundscapes out of a set of DUPLO blocks, harnesses the effusive squeaking of a balloon animal, and finds meaning nestled between the teeth of a plastic comb.

In many ways, 100 Strange Sounds captures the spirit of Park’s work as a whole; it demonstrates the lengths to which Park will go to find the musicality in his everyday surroundings, to find the beauty in mundanity. Park sources ideas from his immediate surroundings and day-to-day experiences, whether it be spending time playing with his kids or walking around Detroit, where he currently teaches as an Assistant Professor of Music Technology at Wayne State University.

We talked to Park about the creative utility of limitations, composing a piece for PlayStation DualShock controllers, and making the everyday sound strange. 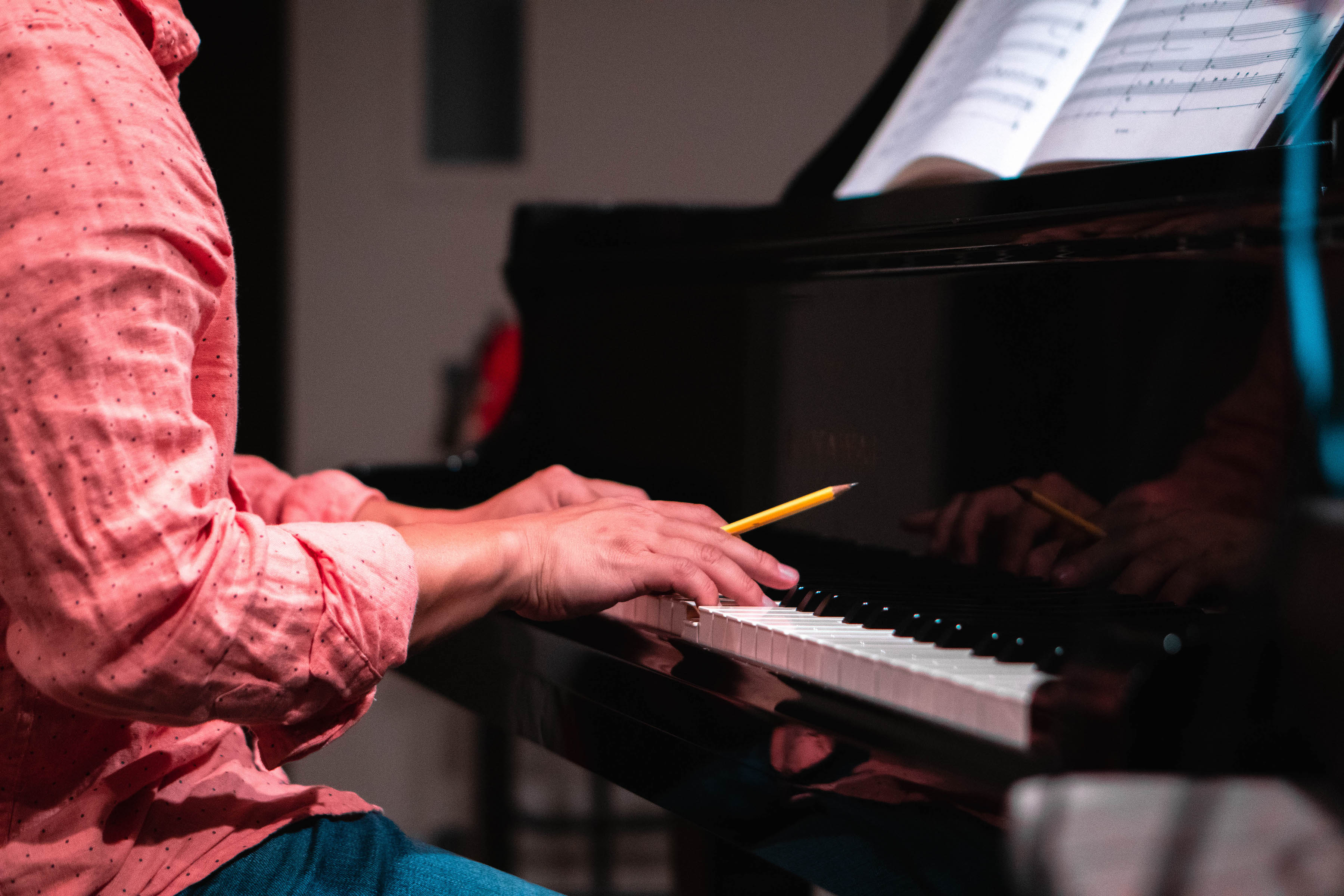 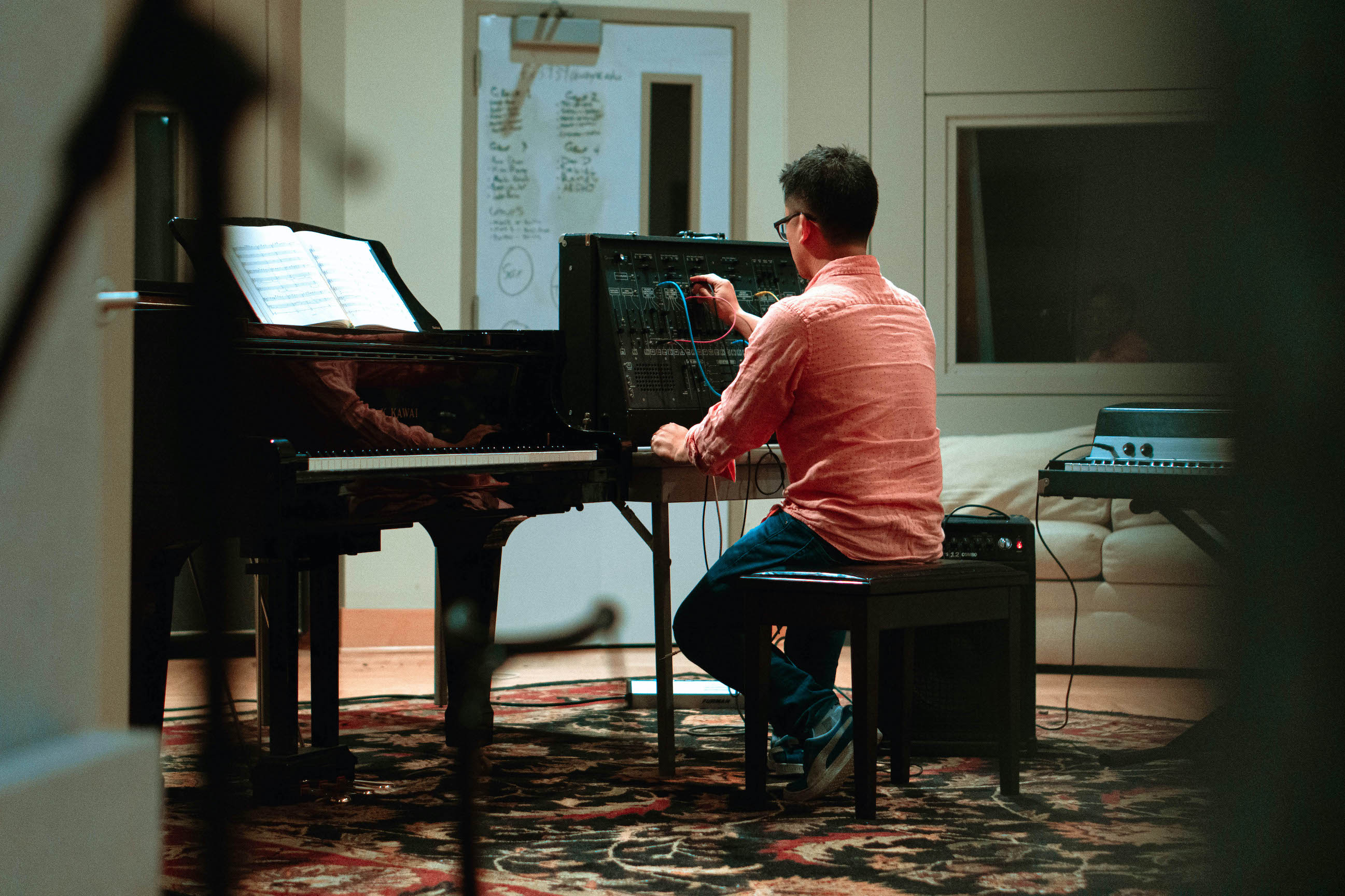 Joo Won in his Detroit studio.

When did you start making music? What led you to become interested in the music that you make now?

I started making music by learning the piano when I was a kindergartener, but I started to seriously make music in high school when I was in a rock band. At that time, I was playing Korean rock music with my friends.

I somehow got into Berklee College of Music and really thought about doing music seriously. I did not know that I was going to make the music that I’m making right now until my junior or senior year when I was introduced to a more experimental and electroacoustic style of music technology.

What was it like when you first started using a computer to make music?

In your self-descriptions as an artist, you talk about wanting to make the everyday sound beautiful and strange. How does this idea express itself in your work?

The best I can hope for my audience is that after the show, when they leave the concert hall, they will listen to the world differently. For example, if I use LEGO blocks on stage and make unfamiliar sounds with them, it’ll remind them to actually listen more closely when they interact with LEGO blocks themselves. I think one of the things that artists can contribute to the world is making ordinary things a little bit strange; we make ordinary things a little bit more noticeable.

What I really like about making music with foreign objects or things that are not usually considered musical instruments is watching and listening to them with a musical ear and trying to find music within the things that surround me. By doing so, the world becomes more musical. I think that’s what I mean by making the world more strange and beautiful.

I’d be really glad if my audience actually did similar things by going into the world and trying to find meaningful sounds from their everyday lives. If the audience experiences even just two seconds of this, I would consider my performance successful. 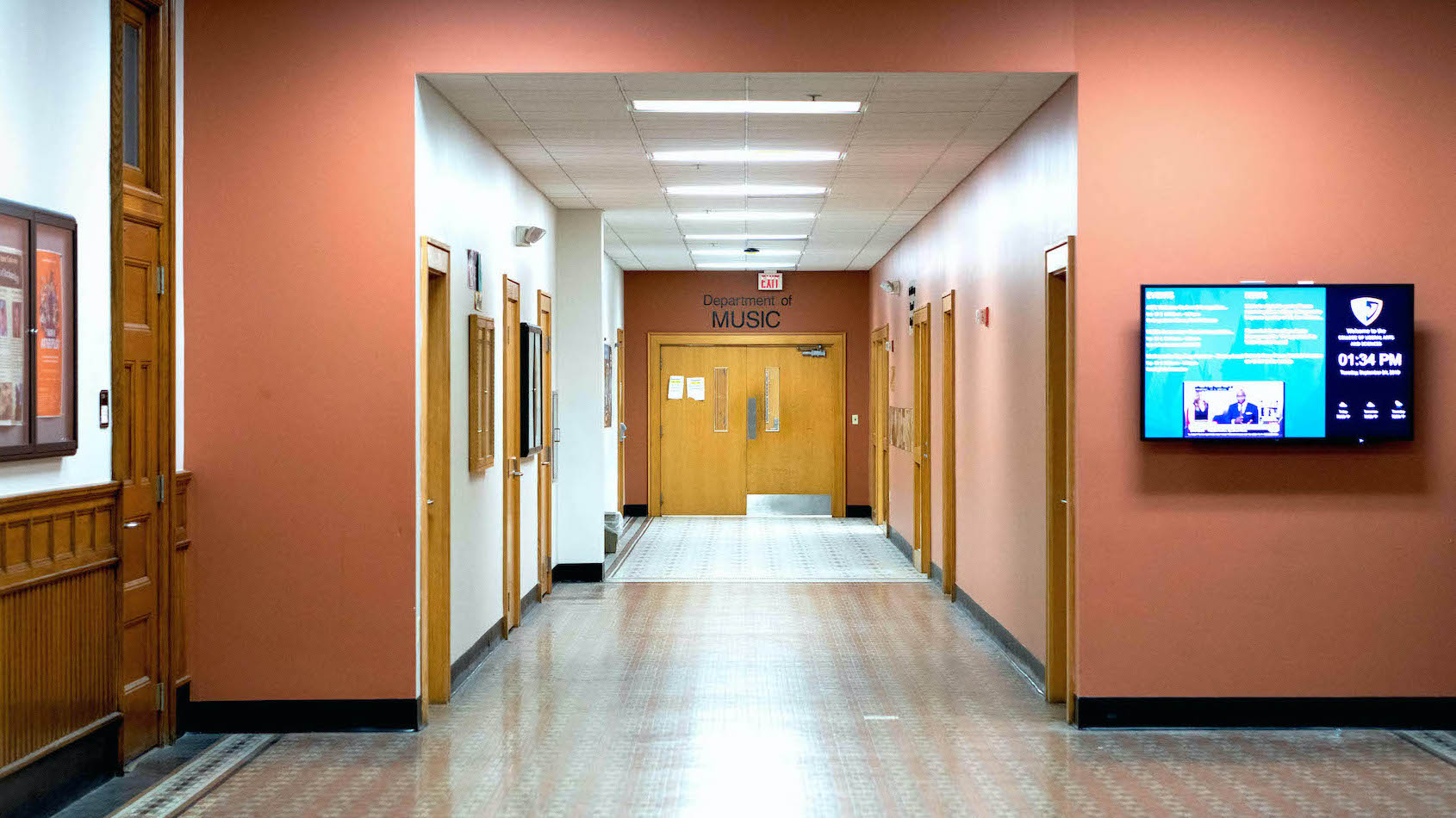 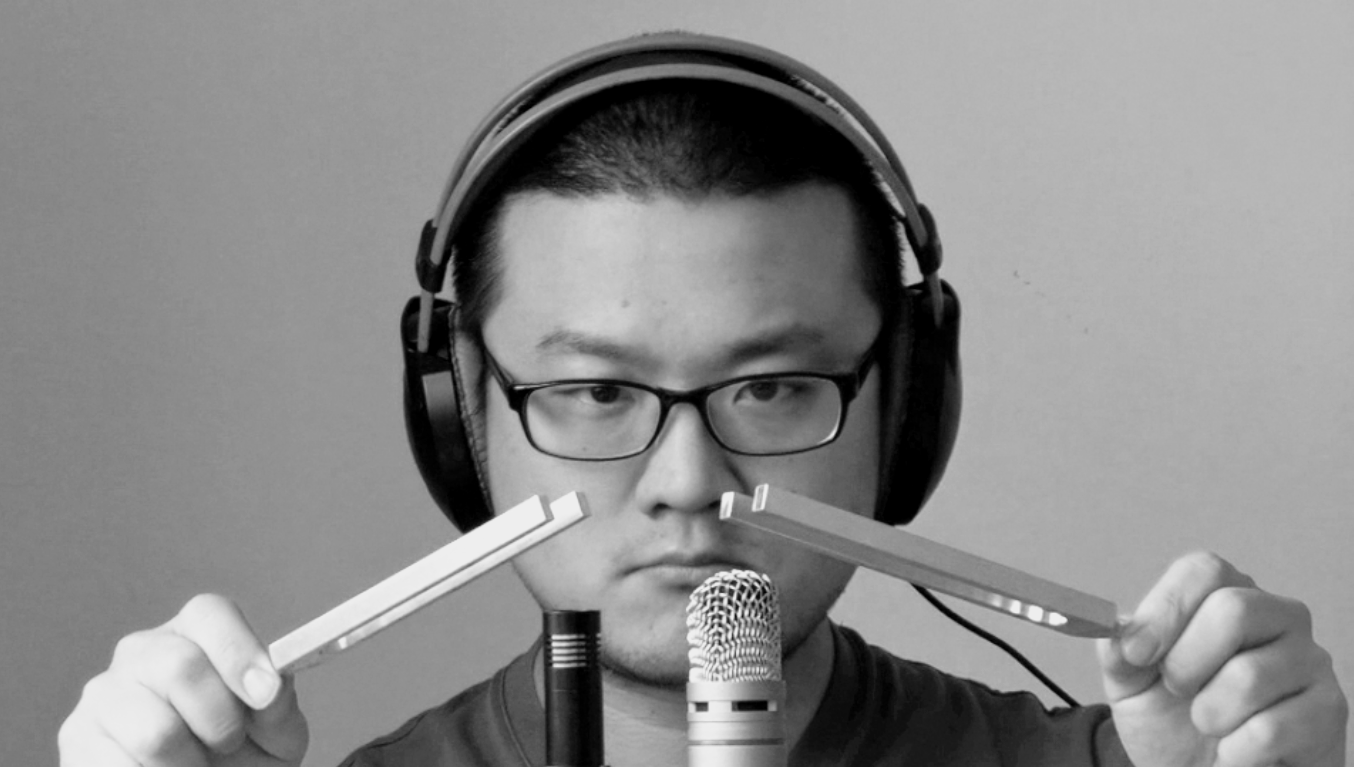 You’ve used a lot of toys in your work, from plastic xylophones to windup toys to other noisemakers. This is especially evident in the 100 Strange Sounds project. Why do you choose to work with toys? What is it about their design that appeals to you as a musician?

I’m a father of two kids, and I spend most of my time taking care of them and playing with them. By using the kind of artistic listening attitude I described earlier, when I play with them, I try to find the more musical aspects of the toys that we’re playing with. Whenever I have time to create, I use that as a source.

Another reason why I use a lot of toys is that they’re portable, and I prefer portability over something like computer processing power. It’s also easier to travel with them, so there’s a more practical reason for always using small instruments.

Toys are also relatively simple to use. It’s easier to master their sound; I can invest the time that I save by not learning a more difficult instrument into learning better digital processing techniques or making more complex things on the computer. It’s more about time management, too.

You compose a lot of pieces with strict limitations that confine the performer to a single instrument or piece of equipment. One of these is “Cobalt Vase,” for example, which is performed solely with the Korg Volca Beats. What compels you to make pieces that only involve a single piece of equipment?

I’m glad that you mentioned the idea of limitation. One of my musical heroes is Alvin Lucier, and in his documentary, No Ideas But in Things, he mentions that his composition process is finding the most essential thing about the piece and taking out everything else. I follow his philosophy, so my way of making music is finding interesting limits on what I can do and exploring what’s left.

In pieces like “Cobalt Vase,” the instrument itself is a limit, so I forced myself to find everything that the instrument can do. Discovering things that are possible within those limitations excites me; that’s when I think a composition starts to form for me.

Your piece “PS Quartet No. 1” is intended to be played with four DualShock PlayStation controllers. Where did the idea for this piece come from?

In “PS Quartet No. 1,” I tried to compensate for that process by using an “instrument” of which the performers were already masters. I know many of the members of the electronic ensemble at Wayne State are experts in using PlayStation controllers, so I wanted to utilize their virtuosity in game controllers.

“PS Quartet No. 1” was interesting for me because I wanted to make a piece that showcases virtuosity that doesn’t come from let’s say, I don’t know, practicing a piece for eight hours a day, but instead comes from playing Tekken or Street Fighter or Super Smash Bros. It was an interesting experiment and I’m happy with how it turned out. 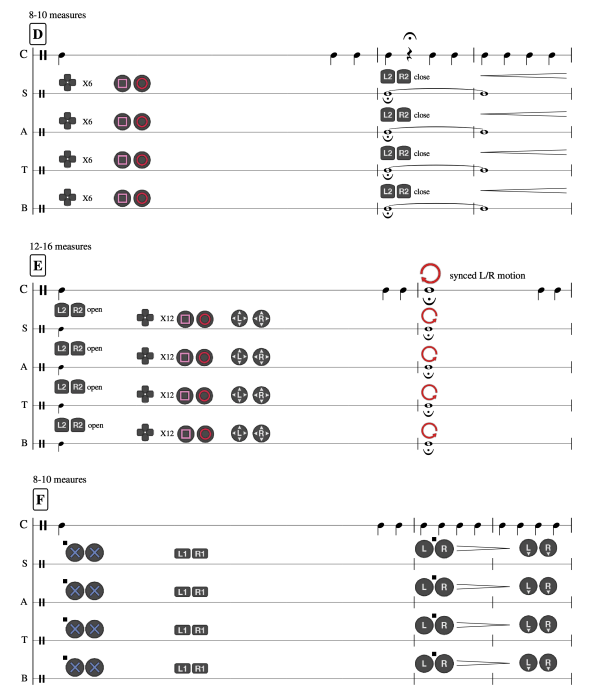 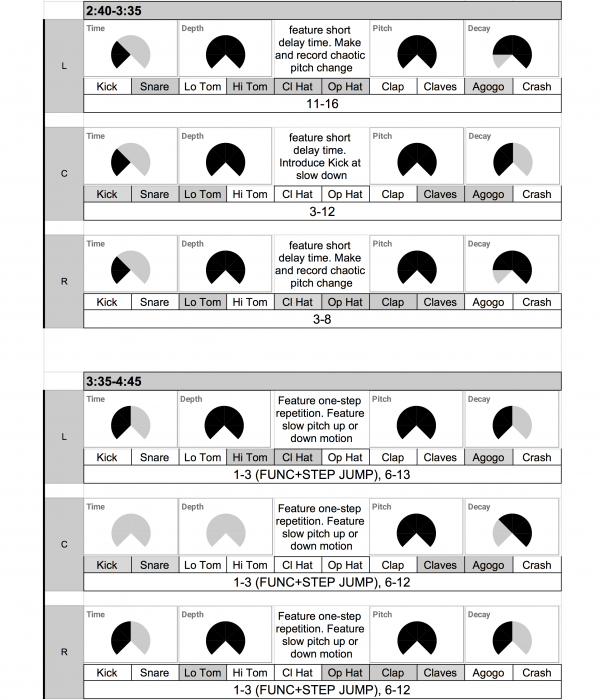 Excerpts of the scores for "PS Quartet No. 1" (left) and "Seven Bird Watchers" (right).

Why is a PS4 controller especially conducive to performing “PS Quartet No. 1”?

When making an instrument for a piece, I design for what I think is the most optimal performing environment. But the DualShock controller is made by Sony, and I can imagine that there are hundreds if not thousands of people involved in making a single controller. They arrived at an optimal design that allows users to hold it for hours and hours, days and days, and perform all these complicated and sophisticated combinations of buttons and joysticks to play games. It’s an amazing resource made by a huge group of people who are all specialists.

For “PS Quartet No. 1,” my job was to use this well-designed controller to express my ideas and then — just like in the way I make music with toys — find its limitations to make music with it. With this piece, especially, I also tried to express three things that I feel are the most powerful things you can express with computer music.

The first two things are repetition and precision. Computers can repeat things much better than any other instrument. You can repeat a sequence of thousands of sounds in a matter of seconds. If I write a sequence like that, it executes it perfectly, as many times as possible. These aspects of repetition and precision are things that I like to express in the music made with computers.

Computers can also make choices for us. They can randomize a lot of things without any of my prejudice or bias as a musician. So, in this way, “PS Quartet No. 1” utilizes these concepts of repetition, precision, and controlled randomness.

What role does performance have in the context of a piece like “PS Quartet No. 1”? Why not command a computer to execute these actions instead of human performers?

When we make music, we’re actually making a series of choices. Instead of going from C to G, for example, I can decide to go from C to F or C to A minor. There’s this humanity that I cannot adequately express with a computer that affects the way I code music.

When playing a piece like “PS Quartet No. 1,” many things are automated. For example, if I press “X,” it executes my sixteen-note arpeggio, but depending on who the performer is, they could actually make different sequences of arpeggios. Then they can also plan future actions depending on their virtuosity and depending on what they are hearing. In this piece, the human performer actually has a lot of opportunities to make a choice. 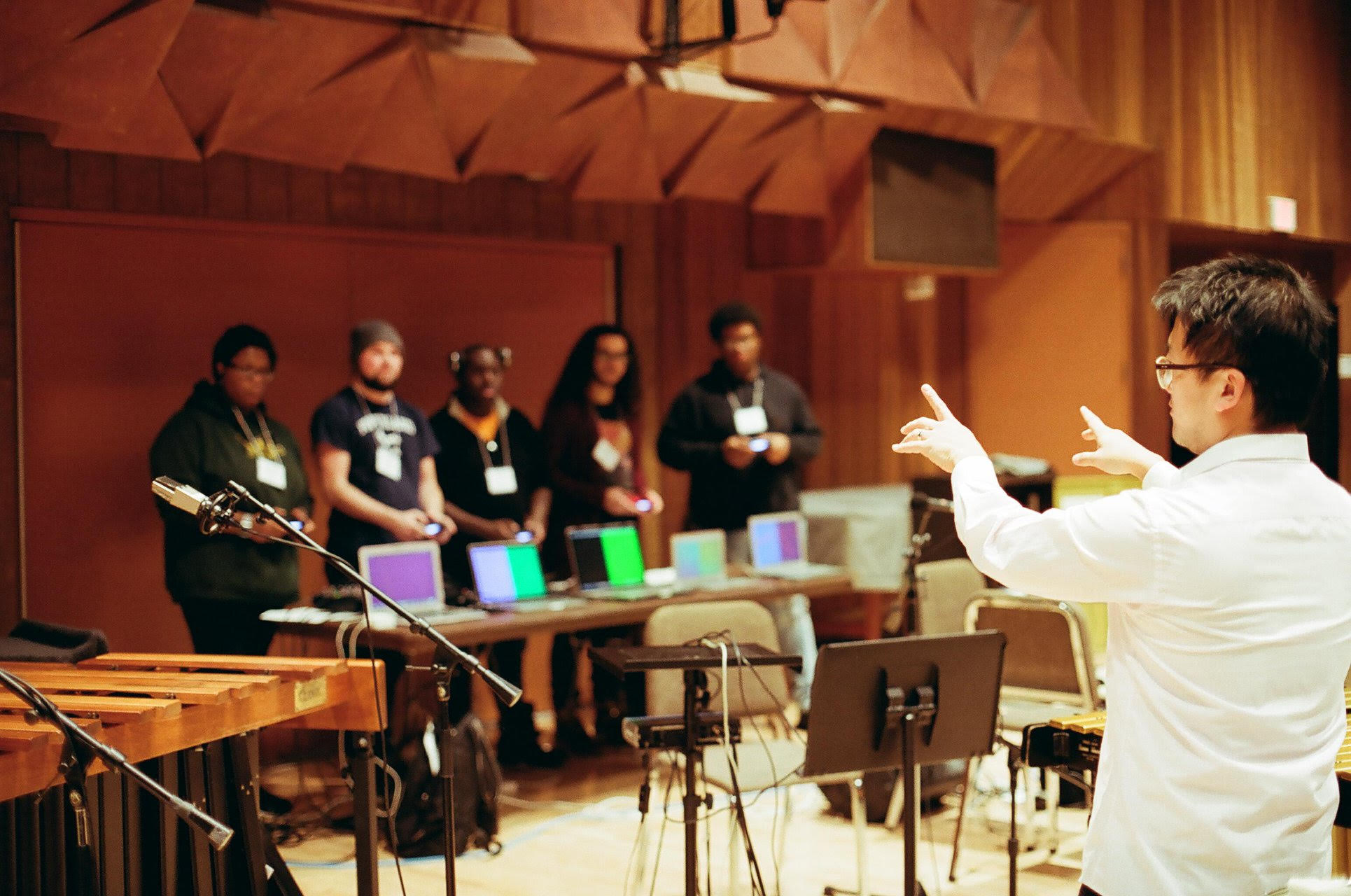 These are conscious choices that they make on stage when the music is live. Even when we go to a live concert of, let’s say, one of Beethoven’s sonatas, the performers know exactly which note should be played, but each performer actually plays those sequences of notes differently. There’s a kind of nuance there that helps us determine whether what we’re hearing is “good” or “bad.”

Are you working on anything else that you are currently excited about?

I’ve been working on making more pieces for drum machines. “Cobalt Vase” was a solo piece for the drum machine, so I recently finished a piece that combines drum machine and the no-input mixer, and then I’m almost done with the piece that uses three drum machines or more.

I think I’m just going to extract a little bit more from this concept of playing drum machines. Then I’m actually working on a new installation that uses this electromagnetic pickup to detect Wi-Fi signals or electromagnetic signals that are in the air.

I’m working on a more site-specific piece, too, where people are basically searching for that kind of a signal in the air. This concept is almost like a haunted house or Ghost Hunters, where the listener is trying to find hidden sounds in all these different places. 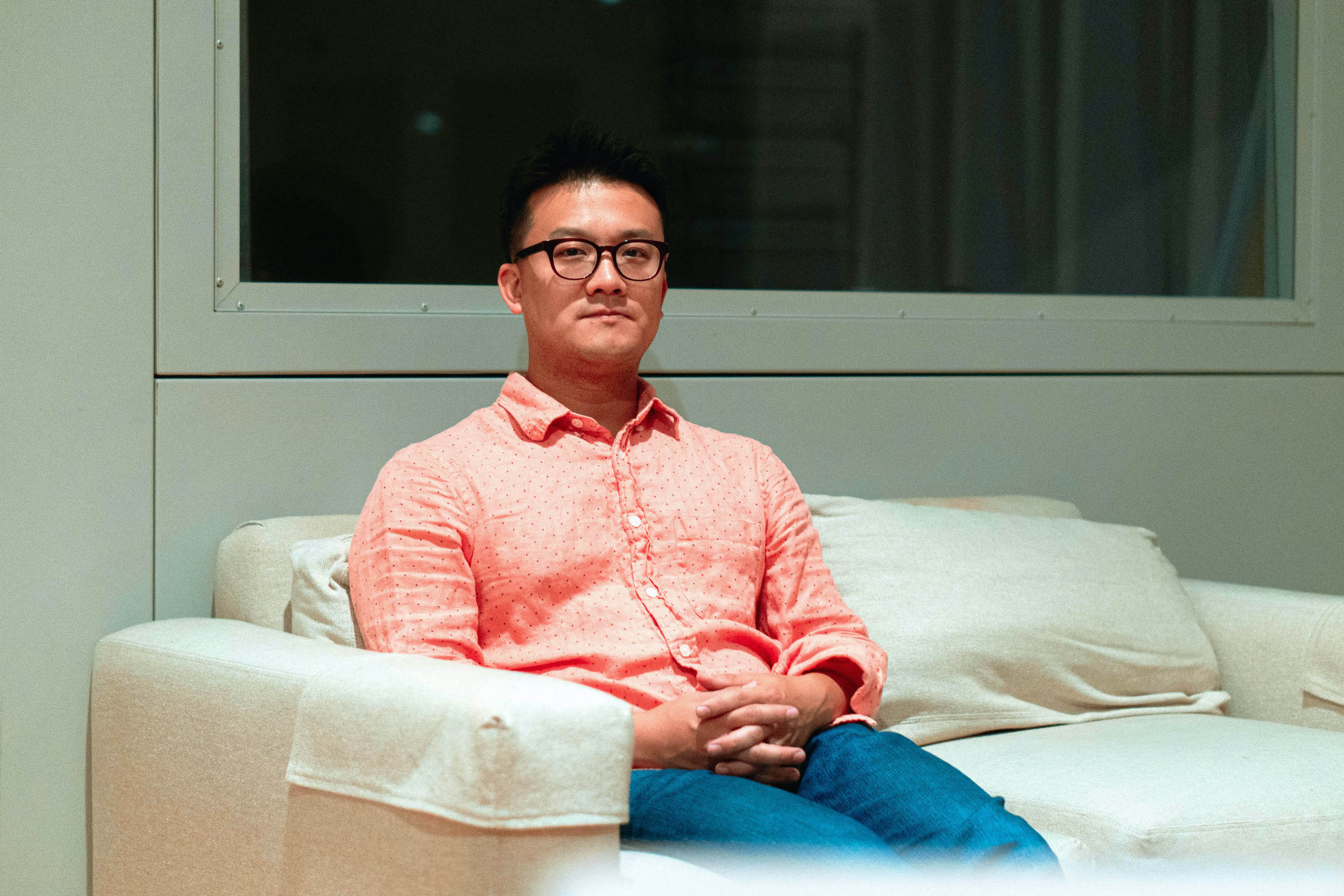 Interview conducted by Paolo Yumol on June 18th, 2019. Edited for length and clarity. Photography of by Amir Almamri.