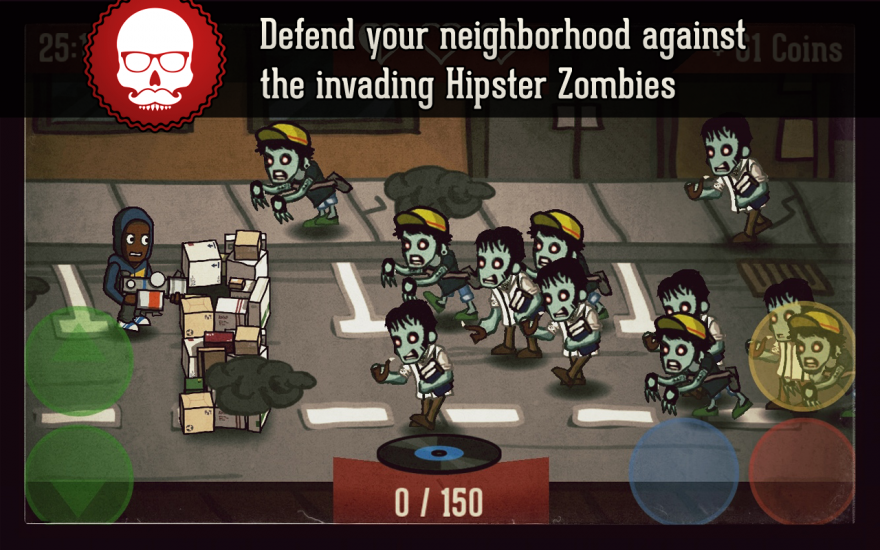 There are great games out there, games made by passionate designers trying to delight, terrify, thrill, and move players. Then there are other games. The fine folks at Greenlight Gold have tirelessly scoured the pits of Steam’s Greenlight section and released unedited chunks of description to Twitter; the result is both depressing and, kind of, beautiful, a sort of found art. It smacks of authenticity in a post-horse_ebooks world.

But yeah, it’s mostly just depressing. Here are their ten picks for the absolute dregs.

10. The Quest For Breasts 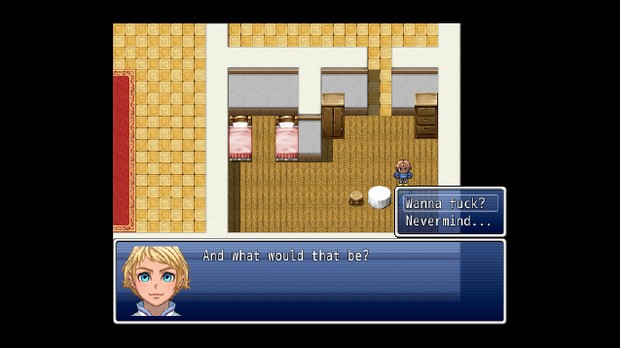 Developer description: “The player is put into a world where he must get down with the ladies in order to level up, and contenue [sic] through the story.”

Our description: It’s hard to know what gives off the loudest warning notes: the misspellings in the developer’s description, the premise’s inherent sexism, the unnecessary threat of “immature humor,” the promise that the “remaster collection features all three never released games,” or the title. It’s the title.

Developer description: “Slenderman’s Shadow is a terrifying horror game composed of 9 environments in which you must complete objectives while avoiding the enemy.”

Nothing says “creativity” like taking an over-exposed genre trope and slapping on a hacky pop culture stereotype.

Our description: “Slenderman’s Shadow” has taken the unusual approach of trying to terrify its audience before they even download the game. The “Before/After” video clip playing on the game’s Steam homepage is a mystifying collection of screens with no apparent connection or improvement, suggesting an experience bereft of logic and hope. Either that or the game just sucks.

Developer description: “When hipsters turn themselves into zombies and haunt the living it’s time to fight back. Ironically.”

Our description: Nothing says “creativity” like taking an over-exposed genre trope and slapping on a hacky pop culture stereotype. Sharkbomb Studios tries to elevate a standard shooter with hipster glasses and occasional “ironic kills.” Also, it lets players “freely move in 2! directions,” so look out for that.

Developer description: “This game was made for kids. It is a platform game from nature.”

Our description: Making a game for kids based on nature is a broad but admirable goal. But both kids and nature deserve better than the Lynchian horrors that Bean in Da Garden’s screenshots reveal.

Developer description: “This is an indie horror-survival game that replaces blood and violence with the subtlety of the fear that springs from your own imagination.”

BOO. Are you scared now? BOO. How about now?

Our description: Judging by the video clips, the above promotional copy translates to “dark. Super dark. Just, really, really dark with an extra helping of dark on the side.” Missing children, a menace with a cool mask, and, oh yeah, did we mention dark? BOO. Are you scared now? BOO. How about now?

Developer description: “Gender Bender DNA Twister Extreme is a fun and silly game about some guys turning into girls, some girls turning into guys, and some of them transforming into other fun things all in the name of SCIENCE!”

Developer description: “For the First time ever you will fight against real zombies… hordes of undead creatures that slowly will surround you to chew you up!”

Our description: More zombies. With the graphical panache of a sub-par Duke Nukem 3D mod, Deadly Walkers drops players into post-apocalypse London, tasked with getting a blood sample from the source of the undead plague. Judging by the video clip, this translates to “backpedaling through streets, headshotting the same three character models over and over and over and…”

Developer description: “Travel with your friends in a infinite spanning and ever-changing world while defending yourself from the zombie horde.”

Our description: Everybody loves Minecraft. Everybody (hopefully) loves zombies. And everybody loves shooting things. Why not combine the three? And hell, throw in a dragon. Nothing inspires creativity and passion quite like shooting some dead things.

Developer description: “In this tug-of-war, casual defense game ,  you play Leonidas who is the hero-king of Sparta, against hordes of attacking zombies in Thermopylae.”

Our description: Zack Snyder’s sword-and-sandals epic 300 had many things: well-oiled, barely dressed heroes, a palpable disdain for physical imperfection, a barely restrained homoeroticism, spears. But it (probably) didn’t have zombies. So here are some zombies.

Our description: With a trailer that turns Dead Island’s famous “zombie girl’s fate in reverse” ad into an excuse to watch a top-heavy red-head fleeing backwards (and in vain) from a horde of, well, you know, it’s hard to have much hope for the ambition of Zombeer. Thankfully, the rest of the trailer, whose cartoony-style is belief by an obsession with shooting scantily clad, top-heavy models, kills whatever hope is left.