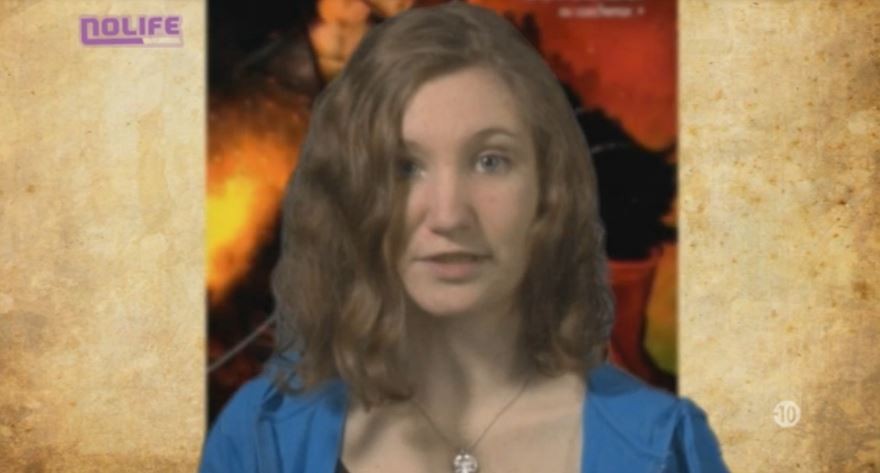 Upon hearing the news of the uprising in the eleventh district, the soon-to-be-executed French King remarked, “Is it a revolt? No sire, it’s a revolution.”

Two centuries have passed since the Bastille was stormed and King Louis XVI executed, yet the defiant streak of Paris’ onzième has not abated. The likes of Voltaire, Dumas and Daft Punk can trace their genesis to this arrondissement. French culture is born and dies in the 11th.

But it’s not marching down the streets that you’ll find today’s crop of revolutionaries. In fact, they’re tucked away in the innocuous alleyways, preparing to dismantle the obdurate, often vainglorious myths of French television and gaming. The ‘No-lifers’ are hatching their plans.

But what exactly are they conspiring to do?

Paris syndrome is a psychological disorder that manifests when tourists, drunk on an idealized image of the city, come face-to-face with reality.

After pitching their idea to mainstream networks without success, the founders of NoLife TV independently launched their channel in mid-2007. There objective was simple: To embrace what they are, without illusion, gimmicks or counter-cultural aspirations.

Upon entering the headquarters of Nolife TV, I’m immediately greeted by a panoply of brightly-lit arcade machines, absurdly large monitors and Sébastien Ruchet, the channel’s CEO and occasional host. Garbed in khakis and a well-ironed blue dress shirt, Sébastien has the look and candor of a travelling salesman. The brick-walled basement, where the majority of the work takes place, resembles a Résistance safe house more than an office. In keeping with that theme, the editors and technicians speak in hushed tones about the upcoming week’s programming. Japanese phrases and jargonistic acronyms like Tatakon and IAP are tossed around with the ease of people among their own kind. I can’t shake the feeling that I’ve stumbled into a conspiracy.

Prior to the channel’s June 2007 launch, gamers had few alternatives to the deceptive, market-driven ploys of other TV stations. The likes of Mangas, GameOne and other local channels regularly cast chesty blondes as presenters in the hopes of attracting younger crowds.

So in lieu of a paid actress, a growing norm in France, you’re more likely to see a balding, zaftig man in front of the camera—someone like Alex Pilot, someone you might call ‘friend.’ This method may give first-time viewers the feeling that Nolife is an amateur outfit, but I assure you, it’s anything but.

Managing a television station in France can be a frightful challenge. The Conseil Supérieur de l’Audiovisuel (or CSA, the French equivalent to the FCC) has crafted a minefield of regulations to prevent ‘undesirable’ content from reaching the air. Quotas, diversity measures and stern age restrictions are all deployed to ensure that everything on TV satisfies the whims of the French government. A lack of distinctly-French music, humor or language can get your pilot canned. Ultimately, the CSA reserves the final word, and often acts arbitrarily.

The CSA exists primarily to protect France from the purported dangers of globalization. As foreign programming and ideas, which are threatening by virtue of their otherness, continue to infiltrate Western European homes, the work of the Conseil Supérieur is made increasingly difficult. But Nolife has an appeal that’s international; if you’re capable of surmounting the language barrier, there are few reasons to tune out.

And yet, despite all the red tape, over 30,000 viewers tune in during primetime hours—a major milestone for any indie channel in France. For a fledgling company like Nolife, reaching the 31st of each month unscathed is a real triumph. But to reach so many eyes and ears is phenomenal. Alex Pilot, the station’s raisonneur and program director, underscores the reason why they toil and sweat: “C’est pour l’amour du travail.”

Stateside gaming channels do their best to assure the audience how cool and edgy they are. Dyed hair, urban slang and scripted humor are all used to capture the attention of impressionable gamers. And when that stopped working, channels like G4 (now Esquire Network) and SpikeTV turned into male-only broadcasts, indicating how slippery the slope toward ‘network decay’ can be.

While other gaming channels are struggling to stay afloat financially, or have gone the way of Dot TV, Nolife can safely rely on the grassroots support of its pious viewers. By accepting subscriptions and donations, the producers are insulated from advertising money. In a sense, Nolife has brought Kickstarter to television screens. This model may sacrifice the certainty of monthly cheques, but it affords the very thing their forbearers sought: Démocratie et liberté.

Indeed, the Nolifers at home are very much a part of the production team. This democratic approach is best exemplified in viewer input, which ranges from real-time music selection to submitting production art. Take No Chan, for instance, a show which covers game-related viral videos and is hosted by a pixelated character. Should viewers feel so inclined, they can submit pixelated t-shirts which the host will ‘wear’ in upcoming episodes.

Paris syndrome is a psychological disorder that manifests when tourists, drunk on an idealized image of the city, come face-to-face with reality. It’s a testament to the skin-deep nature of French culture. Fashion expos, perfumed restaurants and manicured gardens provide the trappings of this illusion, an illusion which everyone is content to believe. Almost everyone.

Rallying the few post-modern malcontents they can find, the No-lifers have spearheaded a charge, aimed squarely at the myths of the local culture. Democracy, authenticity and access: These are the values they extol, values which we’ve exchanged for conspicuous consumption.

In reply to the late King Louis XVI: It’s not a revolt, nor is it a revolution.