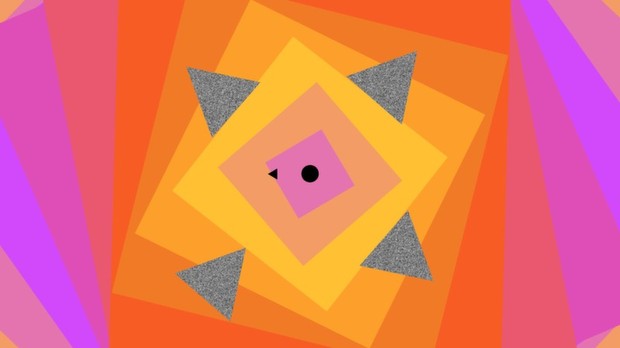 In an interview with Kevin Kelly of Wired, amongst a lot of crazy stuff that sounds like self-parody about “letting Africa into ourselves,” Brian Eno identified a very important distinction:

In a blinding flash of inspiration, the other day I realized that “interactive” anything is the wrong word. Interactive makes you imagine people sitting with their hands on controls, some kind of gamelike thing. The right word is “unfinished.” Think of cultural products, or art works, or the people who use them even, as being unfinished. Permanently unfinished.

I don’t think the two are mutually exclusive, nor do I believe that someone “sitting with their hands on controls” makes a cultural product any less unfinished. After all, a game is only a game when it is played. But, yes, Brian Eno, games are always, inevitably unfinished: there to be played, sometimes completed by the player.

I am finding the pieces of Carlsen’s jigsaw puzzle and placing them in the correct positions.

Still, that notion of completion involves a lot of gray area. What is the space for completion? What is the process by which a player completes what has been left by the designer? In other words: How much wiggle room do I have? A puzzle of any kind, be it a crossword or a treasure hunt, is essentially a conversation between player and designer. The designer hides or obfuscates and the player unravels, unveils, solves. There is no space for world building. The games are finished cultural products that have been dismantled and dispersed in order to give the semblance of unfinishedness.

The same could be said for a certain strand of indie puzzle platformers, often those created by individual designers. There’s a delight in the directness of the conversation, of course, and there’s also a rigidity to them. A sense of having to finish their way because that’s the only way there is.

This is particularly true of 140, a beautifully hermetic minimalist platformer created by Jeppe Carlsen of Playdead, the Danish studio behind Limbo, in his spare time. Everything about the game is impressive. Its aesthetic is simple but stylish: as you move from one section of the game to the next, colour schemes shift and new beats are layered on top of the soundtrack, so that progressing in the game has a palpable, visceral quality to it. You are rewarded, constantly, with big, vector-like pulses of fuschia and gold and blue.

There’s little room for the maverick, for the creative player

For all this, though, it’s not a game that allows me to work out my own way through for a second. If I don’t follow the precise chain of actions, I have to restart from the nearest checkpoint. If I head in the wrong direction, there isn’t another way of getting to my destination. That’s simply the wrong way. This in itself isn’t unusual but the fact that the appearance and disappearance of the platforms is indicated by the rhythm of the music adds to the idea that I am replicating one individual way of playing the game that cannot be deviated from—that I am finding the pieces of Carlsen’s jigsaw puzzle and placing them in the correct positions.

Even the boss levels, which move slightly away from the puzzle platformer format into what initially appears to be a more reaction-based anarchic deathfest, actually have their own very specific geometry that can be played with. Even here, there’s little room for the maverick, for the creative player: you analyse the system and then you exploit it.

I’m not denying that there is a pleasure in this, and 140 is so well executed that it can’t fail to be a pleasurable, exciting experience. But it is also a constrictive one, one that allows its players very little agency of their own. You can’t surprise the game so you can’t surprise yourself and that, I believe, robs you of one of the core pleasures of play.