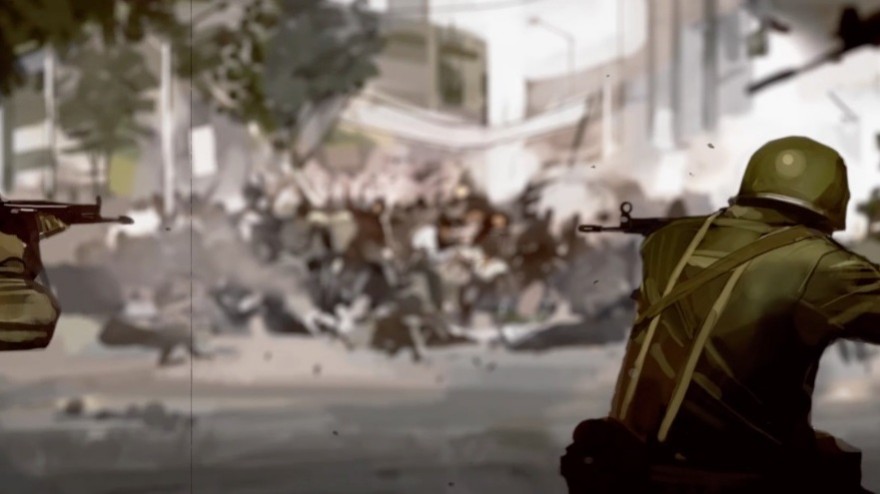 As a school-aged kid in the 1990s, I didn’t spend a lot of class time talking about Iran. The name Ayatollah Khomeini meant more to me as a reference to a joke from The Simpsons than as an actual historical figure. As an adult, I became marginally more aware of Iran’s contemporary position within Middle East quagmires and U.S. international tensions, but my understanding of its recent history grew no more sophisticated. So when I sat down to play 1979 Revolution: Black Friday, I felt both curious and ignorant of the world I was entering. And, to developer iNK Stories’ significant credit, by the end of this first episode’s two-hour run, I had learned some things.

Educational games can get a bad rap—or, at least, they can be viewed as qualitatively different from (read: lamer than) games with no specific educational agenda. 1979 Revolution defies this arbitrary divide by creating an experience that is a near-equal blend of historical thriller and interactive exhibit of the 1979 Iranian revolution. The former aspect, which leans heavily on the formula laid out by Telltale Games over the past four years, is full of hits and misses that at times provide exciting and emotional storytelling, and at other times make for a confusing or contrived player experience. The educational portion, however, is a major success: a reminder of how closely this virtual world is grounded in historical fact, but also of how difficult it is to divine the “true” story when you’re in the middle of it.

You play as Reza Shirazi, a young Iranian expat who has returned to his native country to find loyalist and revolutionary tensions rising to a fever pitch. The game’s 19 chapters play out in a framed structure, beginning sometime in the future as you reluctantly describe your role in the revolution to a prison interrogator, before jumping back to 1978 when you were an aspiring but apolitical photojournalist. Several chapters involve you, guided by your best (but socioeconomically “inferior”) friend Babak, walking through the streets of Tehran and snapping photos of what is transpiring as the country moves closer and closer to the brink. As you take pictures, the game pauses to show how your versions matches up to actual black-and-white photos from that time, as well as provide some brief context for whatever you captured. This ranges from the meaning of certain graffiti, to explaining why citizens of an oil-rich country couldn’t afford gasoline for themselves, to highlighting staples of Iranian cuisine.

By centering on Reza, who has been studying abroad at the start of the game’s timeline, the developers cleverly anticipate a player like me who has little context for what was happening in Iran in the late 1970s. Through his photos and conversations, Reza tries to parse out the peaceful revolutionaries from those who advocate violent rebellion—sorting the atheistic communists from the Islamic clerics, and the loyalists who genuinely believe in the Shah’s rule from those who only follow orders so that they can feed their families. The snippets of historical facts that the game provides are both genuinely educational but also tantalizing in their brevity, reinforcing the notion in the midst of political upheaval, judgments and actions often must be made based on limited information.

The back-and-forth between learning about the situation as an “outsider” and then having to make agentic decisions about, say, whether or not to throw rocks at armed police who have come to break up a peaceful protest, can be thrilling and scary. The consequences of your choices carry weight based not only on their place within the game’s story, but also due to your awareness that these scenarios are rooted in history.

In the midst of political upheaval, judgments and actions often must be made based on limited information

This dynamic would be have been enough to lead you through the game’s brief and fast-paced runtime, but unfortunately the developers also incorporated other gameplay aspects that add little to the experience. Quick time sequences in which you have to press arrow keys to avoid tripping on objects or bumping into people feel contrived and unnecessary: these sequences, while almost always a little obnoxious, can nevertheless feel important in a title like Telltale’s The Walking Dead (2012), in which they ratchet up the sense of urgency in the wake of a sudden zombie attack. But 1979 Revolution needs no such reminder. The tension already feels real enough without needing to force you to click the mouse really fast from time to time.

The other overused gimmick this game borrows from Telltale’s repertoire is the onscreen proclamations of “so-and-so will remember that” following an action or dialogue choice. This technique was employed brilliantly in titles like The Walking Dead and The Wolf Among Us (2013-14) in order to bring a sense of portentousness to moments that might otherwise seem mundane or inconsequential, forever keeping the player on her toes about the meaningfulness of her decisions. But when a revolutionary leader grabs my shirt and compels me to finger one of his lieutenants as a mole after only giving me a few minutes to question them, I don’t need a text bubble to tell me that he “won’t forget” my choice. If anything, this detracts from the realness of the situation: the implicit understanding that, in the heat of the moment and based on limited intel, I am sentencing someone to death.

Despite the kinks, some of which may be ironed out in future installments, 1979 Revolution represents an unusual and largely successful mix of an adventure game and history lesson. The acting and direction is impressive across the board, employing fast cinematic cuts and overlapping dialogue to further simulate a world that is moving fast—too fast, perhaps, for a thoughtful, partially-informed person like Reza (and you, the player) to fully appreciate what he is doing before he has to do it. In this way, 1979 Revolution is not just about what happened but how it happened, and how history in general happens: through snap judgments, emotional reactions, weighing the lesser of two evils, stacking personal ideals against the safety of family and friends. Revolution is a messy business.