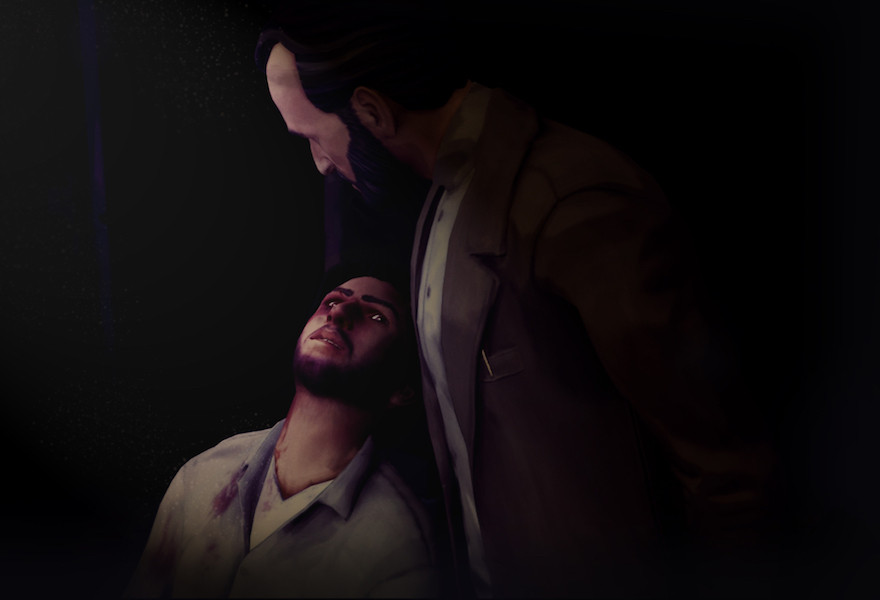 1979 Revolution, the upcoming adventure game following the political revolution that took place that year in Iran, just got a new trailer. It’s the most in-depth look at the game we’ve seen so far, and it paints a desperate picture for both the country and the game’s photojournalist protagonist Reza Shirazi.

The trailer opens in a small interrogation chamber with Shirazi in handcuffs and a prison jumpsuit, scratches and bruises marking his face. A menacing, clean-cut man wielding a club addresses him. “In a clear voice for the machine,” he explains, gesturing to the recorder on the table next to them, “Give us all the information about your collaborators and the details of your next target.”


It’s a startling reversal of power for Shirazi, who as a journalist, is likely more familiar with asking questions rather than the other way around. It’s also an unfortunate misunderstanding, as up until this point, Shirazi has tried to remain as neutral as possible on the growing dissent within his country. “My part is taking pictures, not choosing sides,” he explains. But with his capture, he suddenly finds himself thrust into the center of his own story, no longer able to remain an objective observer.

The rest of the trailer follows Shirazi as he interacts with both revolutionaries and authorities alike, neither side entirely happy with him. Neutrality no longer seems a viable option for Shirazi, leading him, and by extension the player, to make difficult choices between his passion as a storyteller and his life as a citizen of Iran.

You can experience Shirazi’s story for yourself when 1979 Revolution: Black Friday, focusing on the Black Friday Massacre in which armed Iranian troops fired into a crowd of protestors, releases on April 5th.