(Click here to see the rest of our year-end coverage.) 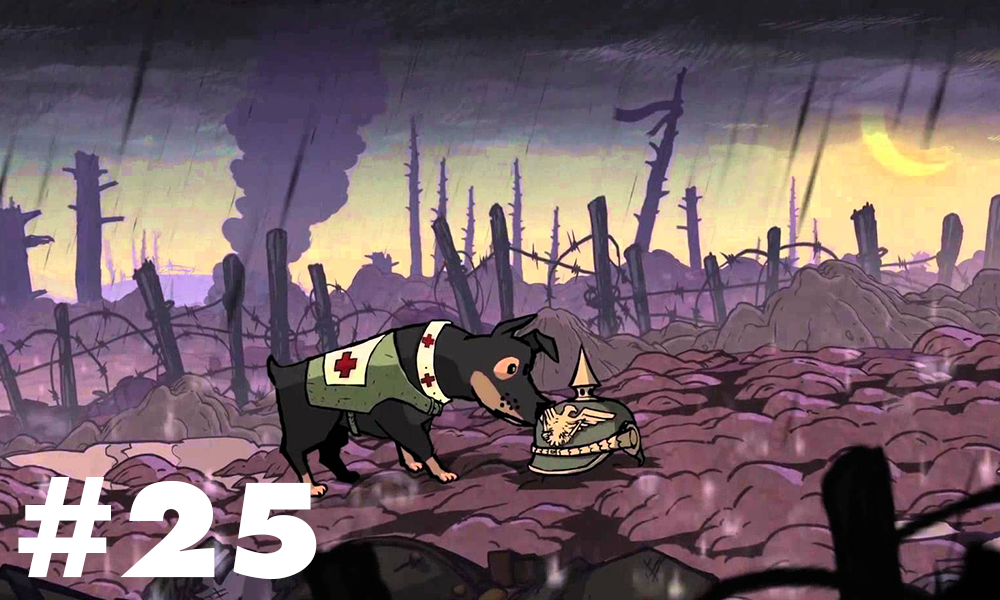 Beneath the emotional power of its storytelling, Valiant Hearts: The Great War is a surprisingly sneaky game. In a sense, its stories are fairly conventional—a family separated by war, a man seeking revenge for the death of a woman, and a woman working to save the lives of the broken men brought back from the battlefield. But in each case, the conventions are tweaked somehow. The young man is not the hero, and is in constant need of rescue. The hirsute, portly man in red and blue is not trying to save a princess, or even his daughter, but his son-in-law. The man seeking revenge is an African American who has emigrated to France. The woman who nurses the young man back to health is not his lover, nor does she have any desire to be. Each of these stories reflect the real experiences of real people often overlooked in conventional war stories.

And underneath all this, there are the objects. Masked as collectibles, Valiant Hearts has smuggled a wealth of research into real artifacts and the unique ways they were used and repurposed. Inkwells and handmade pipes. Food tins and letters home. Dog tags as they were invented and improved. So many bodies to identify. Improvised gas masks. As time passes, history becomes entrenched in narrative, narrative in convention. With beauty and guile, Valiant Hearts: The Great War gains a few inches back.

I like the playgrounds I haven’t been to before. Chutes, ladders, nets, tires, whistles and doodads that still have a little surprise in ‘em and can take you somewhere new. I remember one stubborn day as a kid, having my mother drive me around the city hunting for a pen different than the ones I was bored of. We never found one, because I was being a brat.

My point is: You’ve never played in Hohokum before. It’s a storage unit full of mad toys this world’s been deprived of. It is a game in many senses, a loose narrative set in haute-dioramas with adventure-esque sensibilities. But in more ways it’s a digital theme-park, obstacles closer resembling a crazy-slide than a gauntlet. You’ll explore ancient temples, save near-extinct water goofs and booze up a wedding reception. And you’ll do it through a means of exploration that leads to moments as exciting as the first time you realized that yellow metal pipe sticking out of the ground carried your voice to the other end of the sandbox—and you spent the rest of the afternoon whispering swearwords into it.

Telltale Games trades in anxiety. Their signature play style, which forces you to make split-second decisions that influence the narrative course of the game, raises the stakes in a way few other games dare. The Wolf Among Us may be the finest distillation yet of what Telltale does so well, which is take adventurous source material and put their own spin on it. The Wolf Among Us isn’t just a replication of the Fables comicbook series that it’s based on. Instead, it expands upon that work and goes deeper with its thematic musings. A hardboiled noir with a sonic and visual aesthetic akin to Nicolas Winding Refn’s Drive, the game uses its “fairytale characters in Manhattan” premise to insightfully explore class division, immigration, identity, and the American dream. The Wolf Among Us may be populated by fairy tale characters, but by giving the player control over their decisions and allowing them to see the consequences, the game presents us with consistent existential angst. What could be more human than that?

It took me 96 days to beat Inkle Studios’ 80 Days, but I couldn’t have cared less. In that period of time, I’d mounted a botched mutiny, woken up in a strange bed after a bad opium trip, and delivered a fucking baby. By returning to London 16 days late, I had lost my wager, but that was beside the point. Around the World is slashed from the title of 80 Days because 80 Days is not about speed or winning a bet; it’s about getting lost and being totally okay with it.

This isn’t the first game to focus on the journey over the destination, but in a year where so many games mistook adventure for hollowed-out choice systems and capital-C Content, 80 Days gave the idea a fresh new look. With a monstrous script by Meg Jayanth, 80 Days presented choice not as a series of universe-altering decision points, but as a stream of micro-interpretations that come to define and enrich every experience. Do you think Bombay is beautiful or sleazy? Is that man over there a gentleman or a con artist?

Depending on how you feel about these things, 80 Days gives the sense that anything can happen. Like life itself, every idea is a fork in the road, every situation just slightly out of your control. It bites you in the ass, it rewards you handsomely. But at the end of the day, the only mistake is to let it stress you out. Go ahead and bask in the wanderlust; London can wait.

The Banner Saga feels old. From the hand-drawn animation style—heavily inspired by the golden age of American cartoons—to a fantasy story that bypasses Tolkien’s influence in favor of Old Norse sagas, developer Stoic succeeds in making a game that feels like it has been pulled from some bygone era. The singular-ness of this tone elevates the game’s story and turn-based combat system, making a plot that features giants, magic-wielding humans, and stone monstrosities play like an interactive myth. Every aspect of play is weighted with high drama. Combat encounters are thick with tension because the soldiers are rendered as ancient heroes and living gods; the cutthroat business of managing a resource-starved caravan turns the player into a digital Snorri Sturluson, writing the epic of a brave army fighting back the forces of evil. The Banner Saga is a rare accomplishment: a game that takes inspiration from sources usually ignored by the medium and pays homage not with a direct translation of familiar legends, but a modern reinterpretation of their essential concepts.

If the original Dark Souls was an architectural folly—a vast crumbling edifice drawn from the dreams and ideals of its creator, Hidetaka Miyazaki—then its sequel is a ghost house: a systematic exploitation of fear and anticipation, with a rock-solid structure at its heart. The series may have lost its creator with this second iteration, but it has lost none of its mean-spirited genius under the careful direction of Tomohiro Shibuya and Yui Tanimura. Gone are the dysfunctional systems, flabby pacing and technical failings, and in their place is a desire to make Dark Souls more playable, without sacrificing any of its difficulty, obscurity or scale. The result is mostly a success, with illogical world-building made up for by a game that seems to actively poke and prod the player, throwing a wealth a well-armed tricks at her with every area. Expanded online features, honed controls and surprise moments of slapstick humour are all welcome, but in the end the game still finds its strengths in darkness, where carefully rationed torchlight reveals horrors that provoke a signature cocktail of both fear and wonder.

Considering it was originally pitched as an unassuming “love letter to 8 bits,” Shovel Knight cobbles together the best bits of the NES’ legacy—DuckTales’ bounce-filled platforming, Mega Man’s crushing difficulty, and Zelda II’s personality-filled villages—into a title that demonstrates how the term “retro” doesn’t just equate to “uses pixel art.” By hewing closely to the constraints vintage hardware afforded developers, such as limited color palettes and simplistic controls, Yacht Club Games birthed a title designed to scratch the itch that so many attempts at cashing in on gaming memories have lacked.

Nostalgia is a funny thing: too much of it and we’ll never escape the past, but what are we left with without it? Shovel Knight distills the best of yesteryear’s gaming with a deceptive tint of modern paint.

Put an N64 controller in my hands and I can still tap out my favorite Kirby combo from the original Super Smash Bros. It’s a game and a discipline. It’s about practice, instincts, memory, friends, deception, justice, victory, community, variety, repetition, silence, shouting, patience, and defeat. You get to know people through their strengths and their bad habits. Smash Bros. is a place where you make memories.

There’s this great passage in Nabokov’s novel The Defense about a chessmaster, who describes the chessboard not as an arrangement of pieces, but as an alignment of forces—past, present, and future—emanating from the players and meeting on the table. Smash isn’t chess, but it puts the same forces in play. 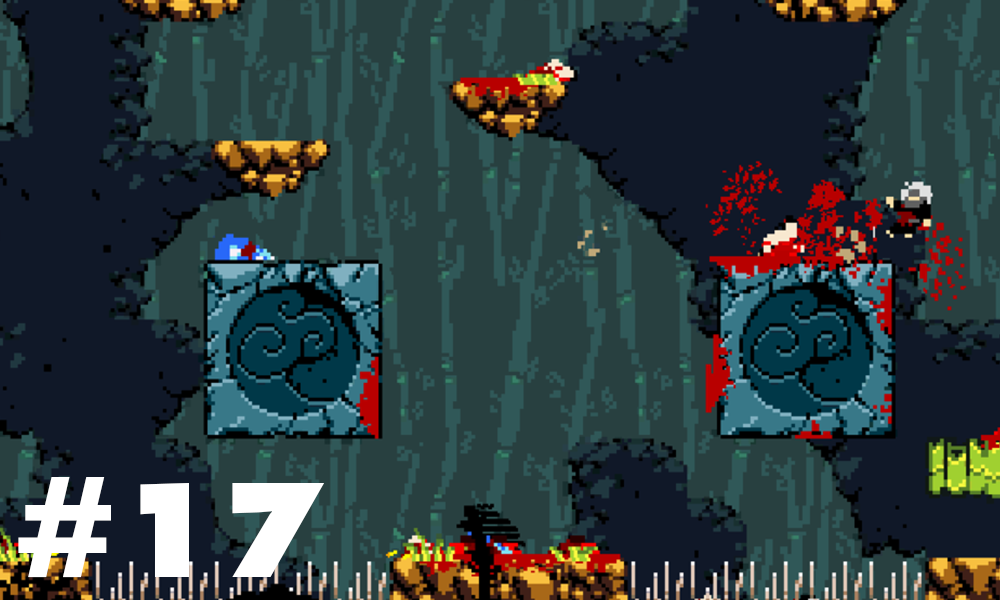 Get a group of four together in one room playing any lousy videogame and it’s practically impossible not to wind up spilling beer on yourself and howling like a lunatic. (Mario Party, bear witness.) But where Samurai Gunn differentiates itself from its numerous brass-knuckled contemporaries, including the fletched and frantic TowerFall, the high-intensity, low-resolution BaraBariBall, and even Masahiro Sakurai’s mighty Super Smash Bros., is that the blood flies at Takashi Miike rates. Blink and you can be decapitated twice. Designer Beau Blyth has gone on record saying that the reason there is no online multiplayer here is that modern broadband simply can’t accommodate the lightning quick pace of the sword fights, where Yojimbo-style standoffs culminate in swift and deliberate strikes that tear across the screen the way sharpened blades tear through rice paper. He has hammered out a fighting game with precision, style points, and grace. 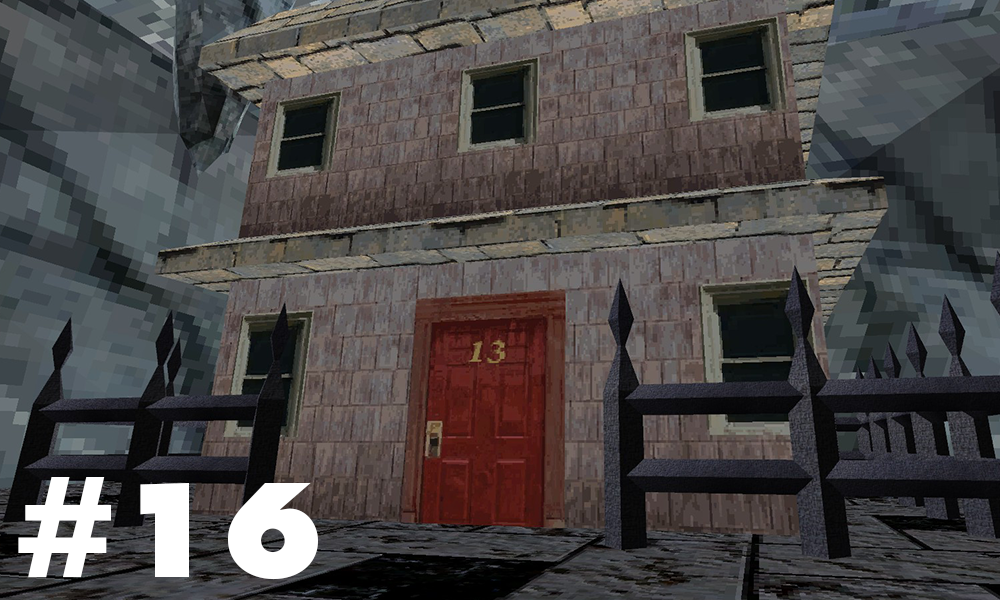 Oneiric Gardens is a dreamy digital playground. Much like a garden is a carefully manicured distillation of a place (a wilderness, a forest), the game consists of several carefully manufactured spaces. Describing it sounds curiously like recounting an odd dream: “First, there was this big stone corridor and a cavern full of houses, and I went inside one and it was a lava bookstore full of demons and the lava sucked at my feet, and there was a key on a pedestal and, and—”

Lillith’s dreamscapes are an interactive experience, but from there they thwart definition. In Oneiric Gardens, you don’t win or lose or even finish. Your decisions don’t “impact the world,” and there are no enemies to fight. It’s about experiencing the space. You grind up against sandpapery textures and puzzle at alien speech in a discotheque, then hijack a ragged surfboard to coast into an endless glassy sea till loneliness compels you to turn back, wondering what other secrets are left.

(Click here to see the rest of our year-end coverage.)