A U.S. designer enlisted the help of preschoolers in a project to redesign the Tokyo 2020 Olympics logo after the original design was scrapped for plagiarism.

Michael Raisch, a graphic designer based in the U.S. reached out to his daughter’s preschool class for help in the design of the new Olympics logo. Raisch gave the children colored foam shapes to arrange into a logo of their own design. The results? A mishmash of designs ranging from the sparse contemporary sprinklings of a few triangles and the occasional blue oval, to a rainbow pile of foam that would have Picasso squinting for meaning. 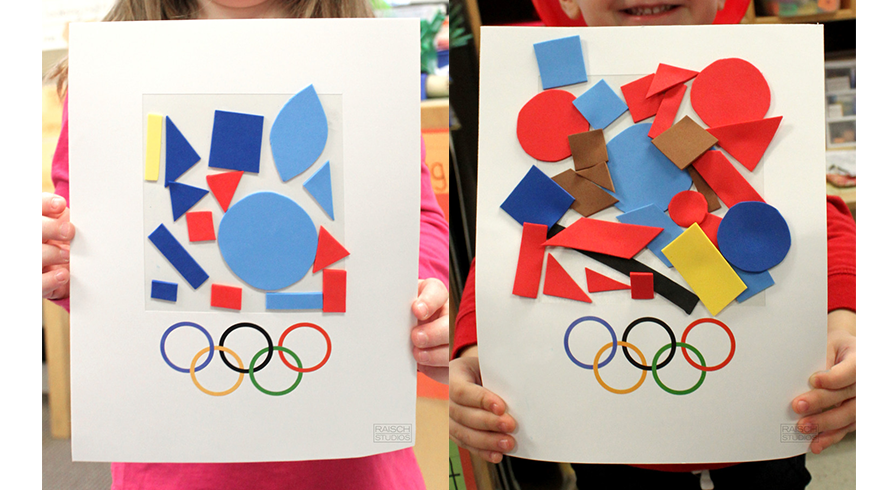 The original Tokyo 2020 Olympics logo, designed by Kenjiro Sano was tossed after graphic designer Oliver Debie pointed out similarities to the logo Debie started working on in 2011 for the Théâtre de Liège in Belgium, the Japan Times reported. Tokyo is currently crowdsourcing possible designs from Japanese artists in a search for the next logo. However, any Japanese citizen over the age of 18 is free to enter the contest online.

The children’s designs followed the guidelines of Japan’s contest, but were an educational exercise only and will not be submitted, as they were created in the U.S.

“As a creative professional working in the sports branding field, I felt it was important to discuss the significance of creativity and expression in logo design over the trend of crowdsourcing,” Raisch said. Raisch used the children’s designs to create images of the logos on flags, t-shirts, planes and commercials, the way an actual Olympics logo would be presented. The resulting images can be seen on his website.