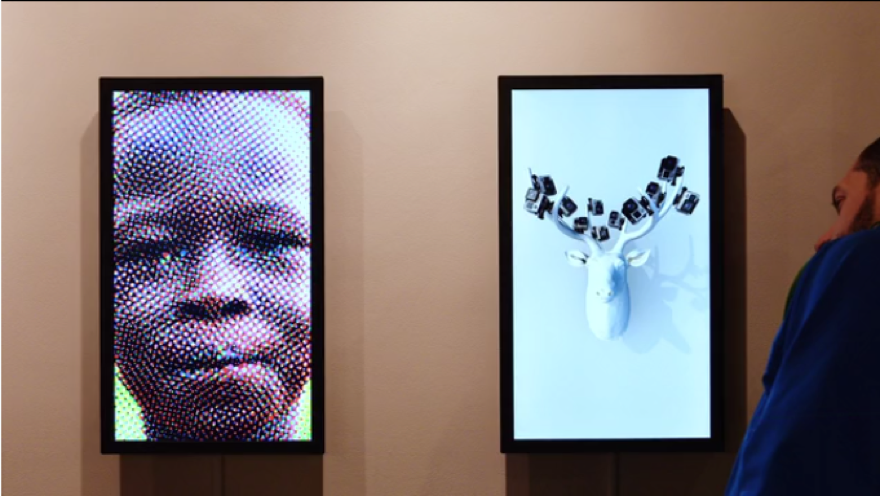 Art is a transactional endeavor. Through their works, artists give something of themselves to their audiences. In return, patrons of the art—consumers, if that term doesn’t bother you—give the artists their attention and a portion of their pocketbook.

The $5 Comission is art about transactions.

Electric Objects’ “The $5 Commission,” which is currently raising funds on Kickstarter, places these transactions at the heart of the process of making art. At the conclusions of its fundraising phase, the project’s backers will receive an 8-10 question survey. The answers to this survey, in turn, will inform the works of the project’s four artists: Addie Wagenknecht, Casey Reas, James George, and Lauren McCarthy. Fittingly, those works will be displayed both on- and off-line.

“The $5 Commission” is, in a sense, a decidedly old fashioned endeavor. It harkens back to the Middle Ages’ system of patronage, where artists were more explicitly at the whims of their backers. Through a variety of contractual terms, the patron could exercise control over how the art was made and what it depicted. “The $5 Commission” gives artists far more rights over their works but it too uses a funding mechanism as a means of influencing the eventual artistic output.

In another sense, however, “The $5 Commission” is an endeavor that is completely of its time. It takes advantage of a digital funding mechanism and the expectation that backers get something in return for their money and turns these staples of the Internet age into grist for the artistic mill. “The $5 Commission” promises to make art inspired by its backers but make no mistake: The art will ultimately be about Kickstarter.

You can find out more about The $5 Commission on Kickstarter.