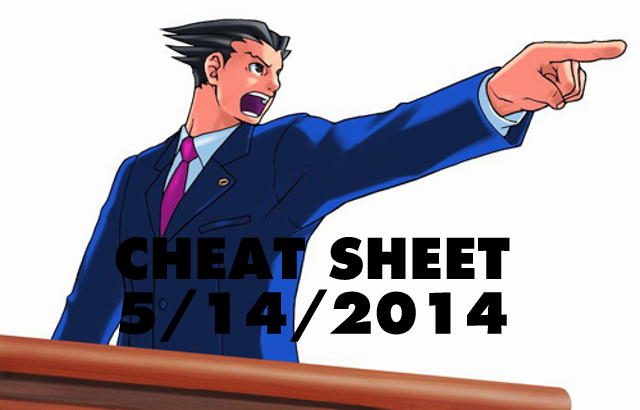 Love words and games as much as us? Check out Rob Delaney’s War of Words, a board game based on the comedian’s tweets, in stores tomorrow. Please be better than that sitcom starring William Shatner.

Frustrated by his son’s interest in Rock Band and not real guitar, Dan Sullivan developed an instrument that blends the two together and called it Jamstik. The unfortunate spelling does not dissuade us from wanting one.

ESPN has its detractors, but they can start an argument like nobody’s business. They’ve listed the Top 25 Sports Videogames of All-Time. Let the bickering commence.

Last month, Nintendo released Tomodachi Collection for 3DS, a life-simulator of sorts for your Mii. They go to the store, have dreams, meet strangers. Eventually they marry and have a baby. The Japan-only release originally allowed male-male relationships; sadly, the “bug” has been fixed with a patch. Old-world prejudice aside, we still yearn for the game to come west with the power of a thousand suns.

More grist for the Nintendo-is-Doomed mill: GungHo Entertainment is now valued at over US$15.1 billion, a hair more than the Mansion of Mario. Who’s GungHo, you ask? They make the mobile game Puzzles & Dragons. “Oh.” In April, it made nearly $4 million a day. “Oh.”

While we wait for Grand Theft Auto V, let us take a moment and read Gary Shteyngart on his wish for self-driving cars.

The good news: The fifth entry in Shu Takumi’s brilliant Ace Attorney series is coming to Europe and North America this August. The interesting news: It will be a digital-only title. Finger-pointing’s never been so three-dimensional.

We miss you already.