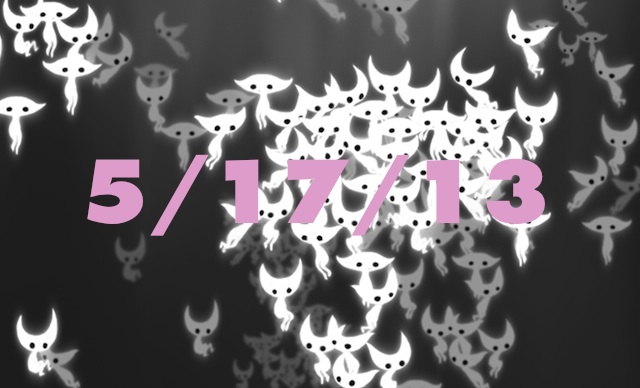 “Basically, I am convinced that not only are there no “major” or “minor” writers, but writers themselves do not exist—or at least they do not count for much.” –Italo Calvino. Can we say the same about game makers?

Just in time for (and as a protest against?) Homeland Security’s actions against Bitcoin exchange Mt. Gox, we have the Bitcoin Bundle. Including Spirits!

Maybe the answer to annoying online gadflies is experimental behavioral therapy. At least, it’s working for League of Legends.

NYU game designer Eric Zimmerman takes us all to game dev school. And there won’t even be a overhanging student loan to pay.

I say fanfic has been the domain of Cloud and Sephiroth too long. It’s about damn time we got Stephen Curry fanfic.

Not that excited for Sony’s sloth-speed presentation nor Microsoft’s reinvigorated focus on unnecessary Xbox apps? Horizon may be the alternative E3 conference for you.

From earlier this week, but this weekend is as good a time as any to catch up on Deadspin’s long-form feature on the National School Scrabble Championship.

Grand Turismo 6 is coming this fall for, huh, the PlayStation 3? But a PlayStation 4 version might not be too far behind.

Telltale Games tells all about The Wolf Among Us, their next project after the ultra-successful The Walking Dead games. Who needs ethics and zombies when you can have noir pigs smoking cigarettes?

True story. There is a Raiden machine at a gas station not-so-nearby, where they also sell belt buckles. The screen is blurry. Only the player 2 joystick works. Now that it’s on PC and MAC, it’s going to be a lot harder to make the drive.

See ya next week!