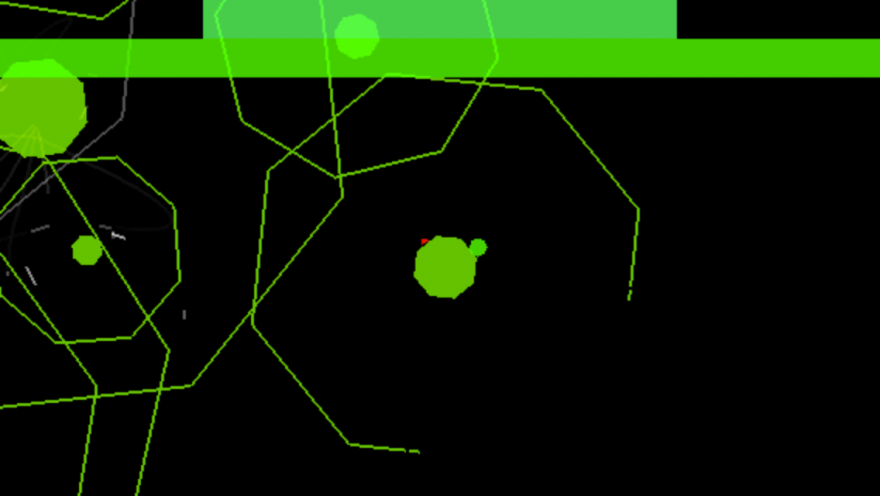 Both art project and high-score-grabbing arcade game, 577Rhea by Andre Sier strikes a balance you wouldn’t expect. It’s Astroids if Astroids was meant to be aesthetically challenging, with flickering neon green octagons, humming tonal sounds, and glitched-out spin art. But it’s also pretty much Astroids, because you’re piloting a spaceship through null-secs with black holes, and planets with strong gravitational pulls you’re trying not to crash into. While I’m making game comparisons, I’ll go ahead and say it could be the illegitimate lovechild of former iOS greats Bit Pilot by Zach Gage and Steph Thirion’s Eliss, having visual and “gameplay” similarities to both, but with more style and less intentionality than either, a.k.a. it’s really great!

A few pointers, less the bright colors dizzy and confuse you and/or give you seizures: flick, don’t hold, and collect the shiny orbs to get to the next level.