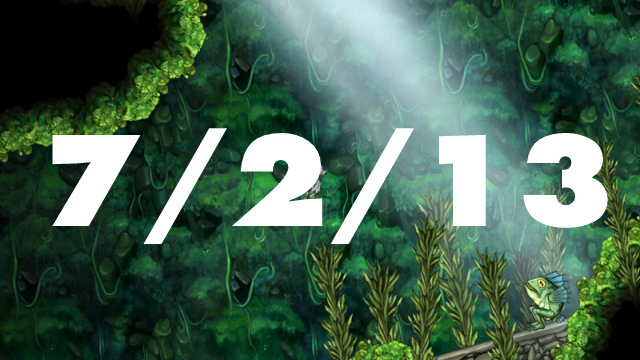 Hope you’re ready to play some games alongside that little green Android alien, because Google is developing an Android based videogame console.

Believe it or not, a game called DragonBox helped students at Washington University solve 390,935 equations in 5 days flat.

The oldest podcast about old people talking about old videogames is back! Retronauts re-launched their weekly podcast with the help of Kickstarter and their first episode is now live. Listen, children, to a story that was written long ago…

Google, Part II: The YouTube-owning company has released a report called “Gamers on YouTube” analyzing the the rapid evolution of video consumption based around gaming culture. The big takeaway? Nearly half of all content watched about games is created by players and fans. Those multi-million dollar campaigns are doing it wrong.

We liked Animal Crossing: New Leaf so much we wrote love letters back and forth about it. Jeremy Parish of US Gamer joins the chorus of happiness for the year’s humblest, most sincere life-sim among the critters.

By the time you read this, you’ll have a dozen or so hours left to buy a yacht-load of great Android games all at once. The summer is long… buy good games.

Get your sparklers ready…