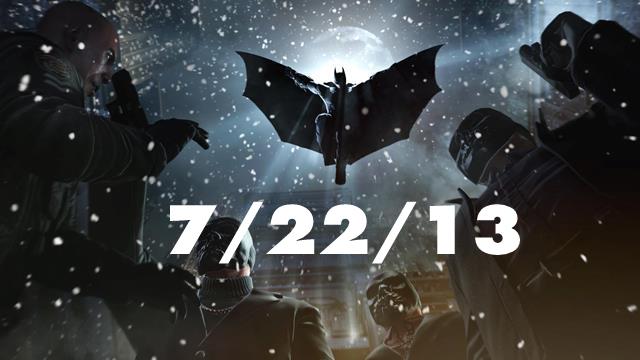 Is Valve/Steam evil? C&G seems to think so.

In other Batlady news, WB revealed that the newest antagonist to join the series is the slithery Copperhead. But with a twist–she’s a woman now. And is kicking some tail.

Coming out July 22nd for the Leap Motion, Funktronic Labs is releasing Lotus, a psychadelic “motion controlled audioreactive experiment.” Looks beautiful even if you’ve skipped your microdose of LSD for the day.

OUYA’s games are certainly creative and experimental, but is the console financially wise for game designers?

French ballet goes avant-garde and plays around with virtual reality in Mr & Mrs Dream (Monsieur et Madame in the original).  Maybe they’re taking a page from the Paris Opera’s video-game finale to Götterdämmerung in 2011?

GameTheNews is turning its attention to children. And in this economy, they’re being resourceful: Hemming’s Play Company, a theatre management sim with bears, was built on the same engine as banned iOS title Endgame: Syria, with tanks and assassins replaced by cartoon animals.

We’re still not quite over Earthbound being re-released after years of anticipation. Neither are the Super Soul Bros., who covered the tune that plays while you name your character. The cult love for this game knows no bounds.