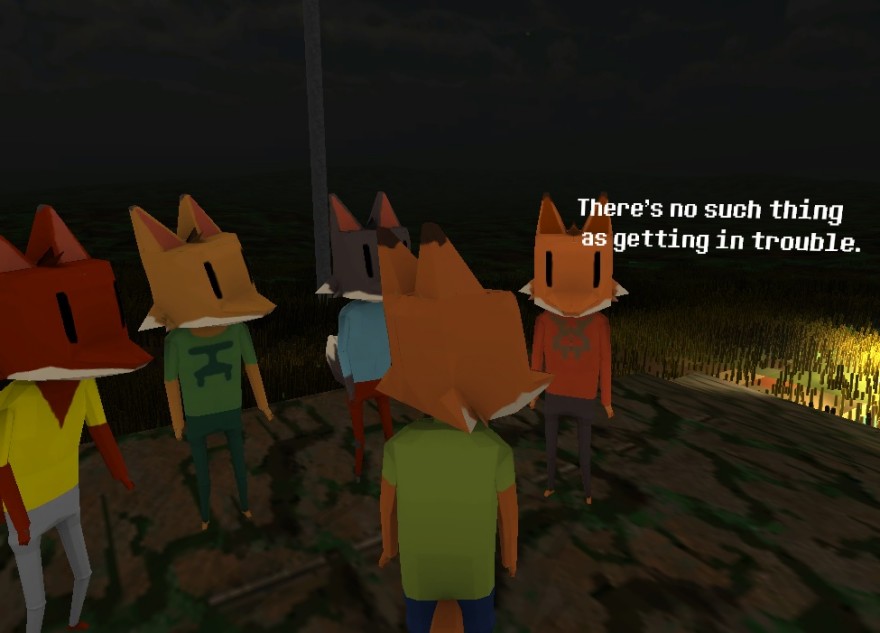 Upon walking back from school one afternoon I accidentally kicked a scuffed cassette tape out from under an overgrown hedge. Dropping this alien cassette into my dad’s hi-fi system caused a thick, bassy guitar to bounce off the walls along with the piercing hiss of amateur audio-recording equipment. Presumably as underwhelmed as I was, the tape gradually disintegrated, decaying and creating a squealing cry. No amount of demon-summoning doom metal could ever match the horror of such serendipitous noise.

It’s the accidental terror of analog technology’s deteriorating vessels that Leo Burke captures in his three-part videogame 776-778-780. He made it for make.game’s month-long “series” pageant, describing it as “3 separate games, with the same general structure, but along different points in the story arc.” The three numbers in the game’s title represent the three years that each game takes place in.

an urban myth worthy of being spread around school yards of the ’90s.

The first game, 776, establishes equilibrium with its short tale about anthropomorphic fox friends. They gather at a distant point in a barren field to discuss an indescribable disaster as part of what seems to be an annual ritual. They meekly share their fear, laugh it off before negating authority, then finish up by hopping onto their speeders to head back home. End game.

This, by itself, is a cute tale that could easily be slipped in as Night in the Woods canon. But the following two games twist this fiction into an urban myth worthy of being spread around school yards of the ’90s. Leo’s interest in “undulating, endless terrains and feeling lost” unravels a bit at a time.

While structured in the same way as the first game, 778 and 780 suggest that the disaster the foxes mentioned isn’t sudden, but gradual. By 778, the grassy fields have turned a fluorescent pink. The fur and skin of the foxes is now meshed green and brown with the patterns of circuitry; their virtuality as videogame characters exposed.

But, like the Stepford Wives, the foxes try to pass off their strange appearance with unknowing denial, excusing it as the side effect of a heavy drug. Their conversation is even more frightening due to its aggressive nonsensicality. “LETS GRASS” one of them barks.

Needless to say, things have turned much bleaker and hellish by the time 780 rolls around. But I wouldn’t want to spoil the surprise. After all, it’s the unexpected mutations of data corruption that provides such powerful expression.