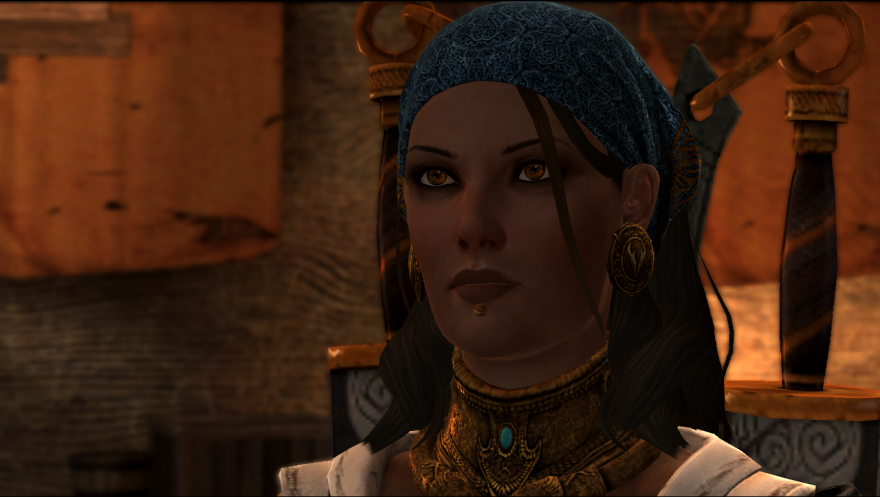 “Protagonists have had their way for too long,” declared Meg Jayanth, the writer behind 2014’s 80 Days and a contributor to last year’s Sunless Sea. At her GDC talk on Monday, Jayanth took the stage to instruct a room full of game designers to transgress one of the most fundamental conceits of their craft: “Forget your protagonist,” or, in other words, forget the player.

Almost since their inception, videogame worlds have bended backwards to the whim and ego of the player-protagonist, leading to conventions like leveling up and the Badass Anti-Hero With A Gun cliche. Of course, arguments against the classic power fantasy narrative aren’t new, either. You don’t even have to be a game critic to get the sense that there’s something increasingly lackluster about the annual blockbuster-ification of human history, which reduces the complexities of warring ideologies to a power fantasy.

Yet while the topic isn’t new, Jayanth dismantled the fundamental assumption that the power fantasy even delivers what players want. Many designers argue that empowerment supports two fundamental aspects of fun: immersion and agency. Yet, as Jayanth points out, there’s a reason why the first prototype of the Matrix (the virtual reality world that contains all human consciousness in the 1999 film The Matrix)—dubbed the “Paradise Matrix,” where no humans suffered and everyone got what they wanted—failed miserably. Because human beings demand engagement and “true immersion necessitates loss and frustration.”

“Your perfection simulator is doomed to fail,” Jayanth continued. Because when we tell every player in every game that they’re the most special snowflake alive, more powerful and important than all other snowflakes, we take them down an inherently lonely path. Rather than assume players prefer to be the sole agent in an otherwise empty world, Jayanth proposed something radical: “Immersion is a social experience We want to engage with NPCs that feel like real people.”

What Jayanth argues for is not just a more diverse approach to game design (though that would be an outcome), but rather a fundamental philosophical shift in how we define “agency.” The current definition, synonymous with absolute control and power and adherence to a hero narrative, leaves little to no room for anything but the player’s motivations. But as Jayanth reminded her audience, “agency is an effect, not a goal.” Player agency does not necessarily need to translate to an action, especially not the repetitive acts of killing, rescuing, or protecting.

Instead, Jayanth suggests an equally effective tool for achieving agency can be allowing players to form their own opinions and emotions about other characters, and to explore the world through “human entanglements.” Take, for example, one of Jayanth’s favorite non-player characters (NPC) of all time: Isabela from Dragon Age II. Though, as with many other NPCs in a BioWare game, players can choose to make Isabela either their lover, enemy, or friend, there is one aspect of their relationship they can’t decide for themselves: no matter what, Isabela betrays the player and steals a relic that is meaningful to her people. Nothing you do can stop Isabela from acting on her own wants, desires, and motivations. At most, the player can choose how to react to her agency, with either forgiveness or hostility.

“maybe unfair isn’t the worst thing a game can be.”

With her background as the writer of a massively populated universe like 80 Days, Jayanth was not only uniquely qualified to tackle the discussion but also uniquely qualified to negate all excuses from designers. Drawing from the most quintessential white male colonial adventure—i.e. Jules Verne’s Around the World in 80 Days (1873)—Jayanth transformed a stereotypical hero narrative into one of gaming’s most deft explorations of marginalized personhood. “If we did it,” she challenged, “you can too, no matter the constraints.”

In her final and most breathtaking example of great NPC writing, Jayanth pointed to an encounter the player can have in 80 Days as they pass through Brisbane. An indigenous Murri girl tells protagonist Passepartout about a letter she wants to deliver to a local newspaper in protest of the white settlers. No matter how the player may try to “fix” the Murri girl’s problem—either by offering to use his whiteness and privilege to bring attention to the issue himself , or offering her every item they own as a solution—the Murri girl will always respond to Passepartout with mistrust. Online, many players expressed outrage over being set up to fail, somehow expecting that they should be able to solve racism in a single conversation, or the gifting of a quest item.

Therein lies the fundamental issue with the kind of game we’ve taught players to expect. While giving the player a quest they cannot complete might seem unfair, Jayanth argues that “maybe unfair isn’t the worst thing a game can be.” Jayanth reasons that expecting more from players can only happen once they learn that they should expect more from their games. The moment designers realize they can steal power away from their supposed heroes will also be the day we begin to create “games that can function outside of entitlement,” so says Jayanth.

Be sure to follow Meg Jayanth on Twitter, and check out our ongoing coverage of GDC 2016 here.