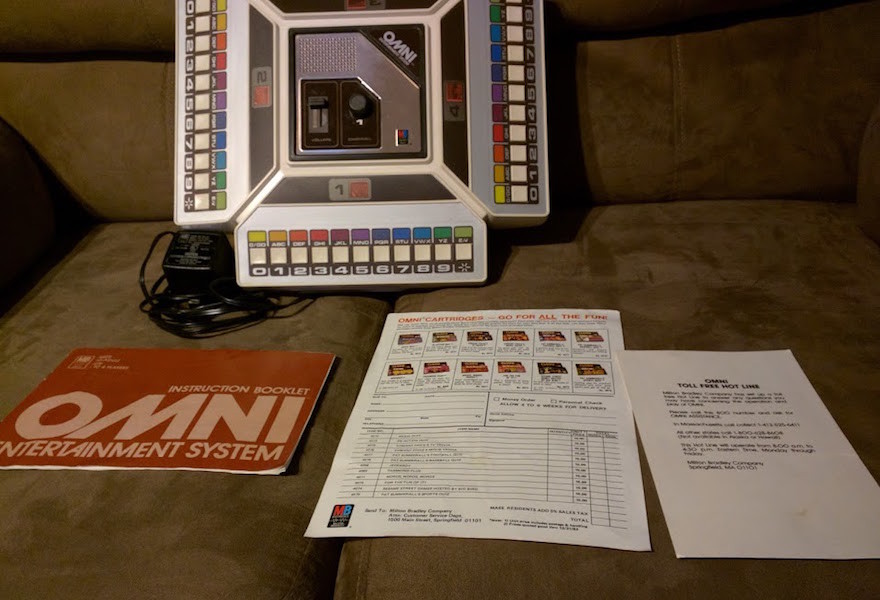 Did you know there were such things as audio-only game consoles? We’re going way back to 1978 for the first of these, Mego’s 2XL Robot, which had you insert 8-track cassettes that told jokes, hosted quizzes, and gave you mathematical problems to solve.

But that’s not what classic game enthusiast zadoc recently shone a light on. They, instead, give us a closer look at Milton Bradley’s Omni Entertainment System, originally released in 1980, and that replaced those 8-track cassettes with 8-track cartridges. This was a time prior to Nintendo’s entry into the console world, when the likes of the Magnavox Odyssey, the Atari 2600, and Colecovision were all competing alongside dozens of others for a piece of the burgeoning gaming audience’s attention. And while this may have eventually lead to the videogame crash of 1983, which saw the Western market’s dominance fall as Japan rose to take its place, it also encouraged a good deal of experimentation. The Omni Entertainment System is one of the less-remembered manifestations of this era.

The console was originally developed as a way to bring the game show experience to the living room, but as Milton Bradley felt videogames weren’t ready to handle the task yet, they instead went a different route: the audio game. Taking an 8-track player and placing it in the center of four control panels, the system paired pre-recorded trivia cartridges with a small computer that would register answers and keep track of scores. It was clunky, sure, but Milton Bradley had enough faith in it to hire celebrities like Vincent Price, Pat Summerall, and even Sesame Street‘s Big Bird to host their games. Now it is largely forgotten, with Google searches for it directing mostly to obscure collector forums. But it is of note for serving as one of the first examples of blindness accessibility in videogames, however unintentional.

one of the first examples of blindness accessibility

Last week, we published a feature from Robert Kingett on how he approaches playing and writing about games while blind. It’s well worth a read, but one of his sticking points is the lack of basic accessibility options in games. “It’s true that videogames have tried to become more accessible over the years by providing more ways to customize their experience,” he writes. “But the reality is videogames still have too few accessibility options.” 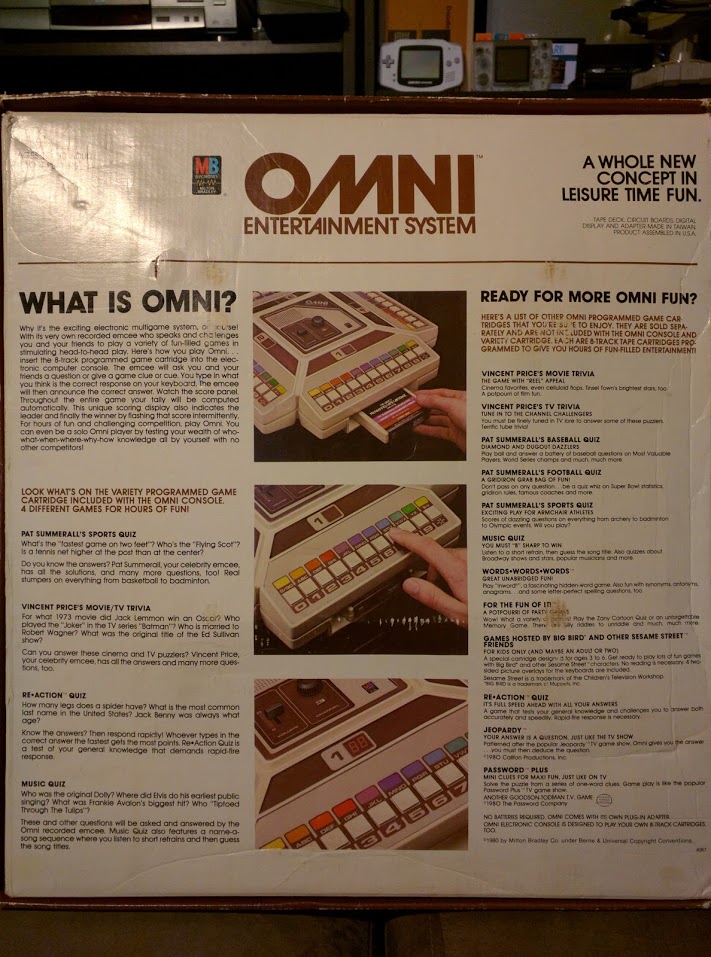 Today, audio games live on in sites like AudioGames.net, which keeps track of hundreds of small, experimental sound-focused projects across multiple genres. There’s even an audio-only version of Super Mario Bros (1985). While much of the discussion surrounding games as a whole is often focused on videogames, there’s no reason games have to be restricted to visual mediums. The Omni Entertainment System and its more recent descendants serve as an example of how focusing on non-visual output like audio can serve audiences that, as Kingett explained, currently often lack attention from big developers.