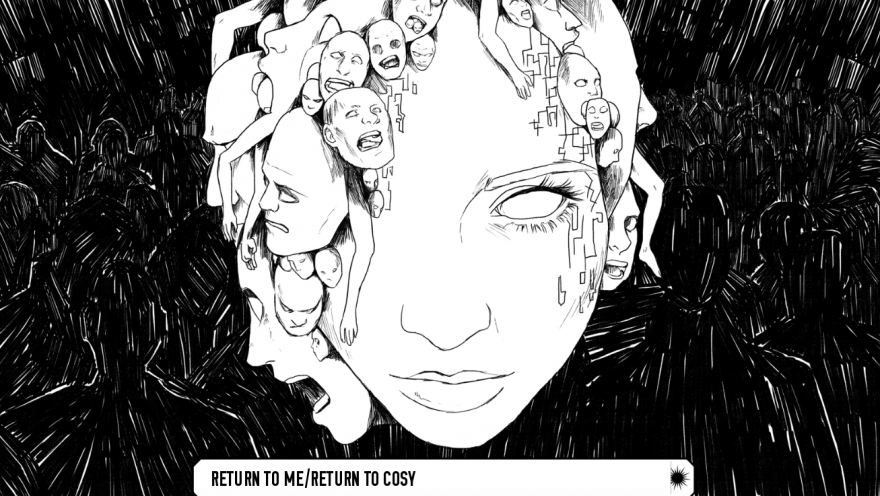 In The Mind’s Eclipse, players will take on the role of Jonathan Campbell, a scientist who wakes up to find that he’s seemingly the only person left alive in the ruins of a fallen utopia known as the CORE. His only companion is an AI known as L, who is just as mysterious as her single-lettered name suggests. Jonathan must rely on her as he explores the world he finds himself in, in an attempt to find his loved ones.

The game is a visual novel that touts emotional and intense narrative moments. As team lead Donald Campbell explains, the story told by The Mind’s Eclipse is “the primary driver behind this work;” something the visual novel genre is perfectly suited for. It’s also a game that doesn’t promote difficulty or severely punish players; meaning just about anyone with an interest in the game can see it through to the end.

“I found that I play games primarily for the story. I know there are others out there like me,” said Campbell. “By choosing a visual novel approach, we are able to open this game up to many people and focus on making a game with a great story.”

It’s fortunate, then, that The Mind’s Eclipse will be relatively easy to interact with, because the visual style, comprised of hand drawn scenes, will more than likely be the aspect of the game that sticks with people the most. Every character, object, and environment is presented in a strikingly detailed black-and-white color scheme, which is as a result of Campbell’s own interests in black-and-white photography, and an encounter with Visual Artist DK Yingst’s comic Baseline.

After seeing DK’s rough sketches for the game, the decision was made to move forward with the “grungier” look the game has today. “When you take out the flash and distraction of color, you can really boil a scene down and ask ‘OK, what are we really trying to say with this scene?'” said Campbell. “‘What are we trying to communicate to the player?’”

The areas players will find themselves in, as well as the many terminals, journals ,and messages they’ll come across, with help fill in the back story and shed some light on the mystery surrounding Jonathan’s situation, the events that transpired prior to his awakening, and this “COSy” he’s supposed to look out for. Quotations shown during loading screens will help to further develop the world, as well as offer insight into how people have come to think inside of it. Campbell and co-writer Christopher Howell are huge fans of Frank Herbert’s 1965 novel Dune too, which used quotes to the same effect.

“In college, I was a huge fan of the space operas written by Peter F. Hamilton,” says Campbell, speaking of The Mind’s Eclipse’s inspirations. “And I thoroughly enjoyed the Japanese anime Ghost in the Shell, which really sparked my interest in merging man and machine.”

The Mind’s Eclipse currently has a release date of fall 2016. It will be available on Steam. Those interested in playing the game can download the 20 min demo available for PC, Mac, and Linux.