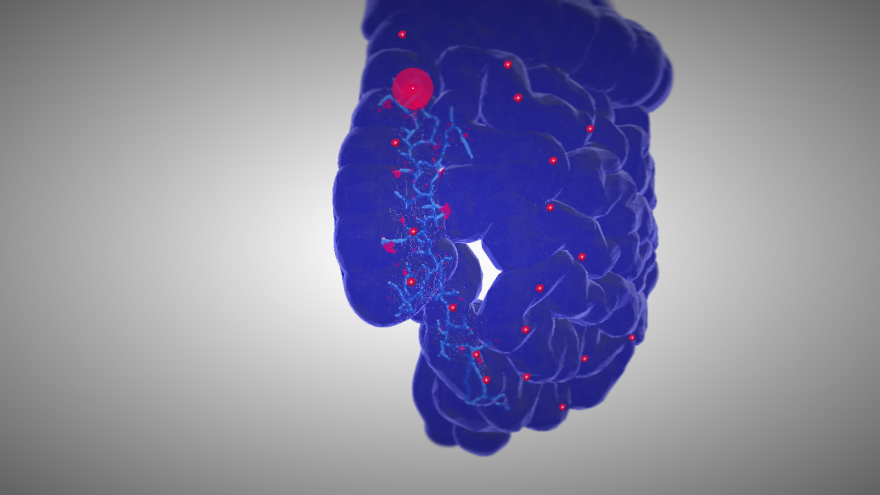 In an interview for The Guardian, Ryan Green, one of the developers of That Dragon, Cancer, said, “We’ll have less games about saving the world and more about saving your child.” As developers and audiences grow older, more personal stories start to appear as subjects in games, led specially by the independent games movement. Apoptosis is a game that follows this path, telling the story of someone close to a cancer patient while offering us control of the spreading disease.

it challenges us to continue the path of a disease

The French team behind Apoptosis—François Rizzo, Lucien Cantonnet, Marjolaine Paz, and Gaspard Morel, from ENJMIN school—decided to give the player control of the cancer to contrast the uneasiness of spreading the illness with the expectancy of knowing more about the story and the relationship between a couple. The player only has to click on the organ to continue the path of the cancer. “Even though the expansion of the disease can be graphically pleasant to watch, the interaction has to be practically uninteresting in order to have meaning. It had to be the opposite of fun,” they write on the game’s site.

Apoptosis is a narrative experience of ten minutes that relies on a well-written script by Rizzo, initially only in French. Taking the view of a person close to the disease, and not the patient himself, the game uses this opportunity to talk about how the cancer is also a burden to those who care about him and not an individual experience. The team has recently made an English version that also features the work of a voiceover actress.

One of the special traits of games is that, unlike movies or literature, they are able to make us feel pride, sorrow, or guilt by providing interaction. Apoptosis is an example of the latter, as it challenges us to continue the path of a disease while giving immediate feedback on the patient’s health. We can find games about death everywhere, but what makes the current approach of independent games feel new is their ability to tell a personal story and give us a close look of its consequences.