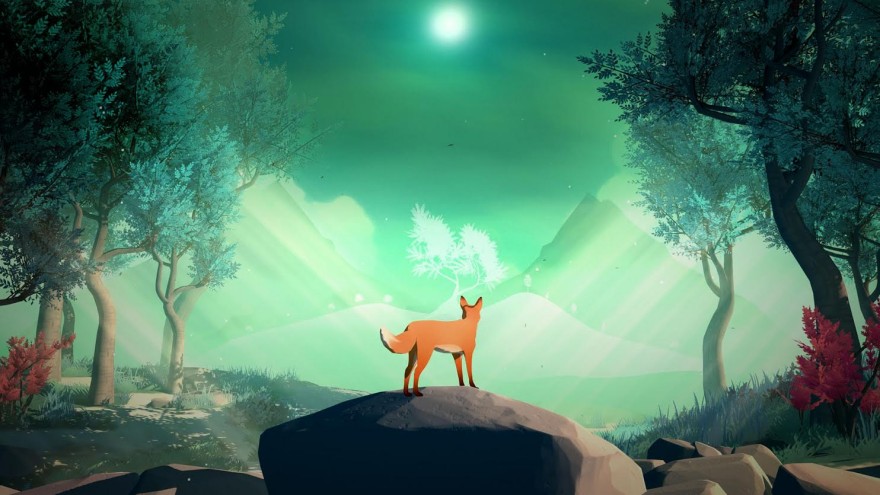 David Wehle is a game designer and recent father now coping with the loss of a loved one. Life and death have been, to put it lightly, on his mind. His upcoming game The First Tree is a personal, painful reckoning with a universal experience.

The First Tree is a game with two parallel stories: one follows a fox searching for her lost family, and the other a young couple learning to live with a death in their own family. When asked about his influences, Wehle pointed to games such as Journey (2012), Gone Home (2013), and this year’s Firewatch, as well as literary influences including Cormac McCarthy’s 2006 novel The Road. McCarthy’s book is about the death of the Earth, which Whele referred to as “probably the grandest, heaviest topic you could tackle.”

“This symbol of life, knowledge, and even the afterlife has powerful implications”

But more than that, he continued, The Road is about McCarthy’s relationship with his own son. “We just had our first baby three months ago, and those same themes of parenthood and life and death are explored in The First Tree,” he said.

The First Tree is about family, but as seen “through the lens of the grandiose,” Wehle said. “I love seeing intimate, domestic stories juxtaposed next to epic, origin-of-life stories, because in my mind they’re not that dissimilar.” The game concludes with the stories of the fox and family converging at the titular first tree, a symbol Wehle saw as archetypal. “This symbol of life, knowledge, and even the afterlife has powerful implications for the characters in this story, and eventually it affects both parties in unexpected ways,” he continued.

Wehle currently hasn’t released much info about The First Tree, but for those interested, you can sign up via the game’s website to be alerted when it is released (currently expected mid-2017), or follow him on Twitter for updates on its development. Note that the current screenshots are from a pre-alpha build.