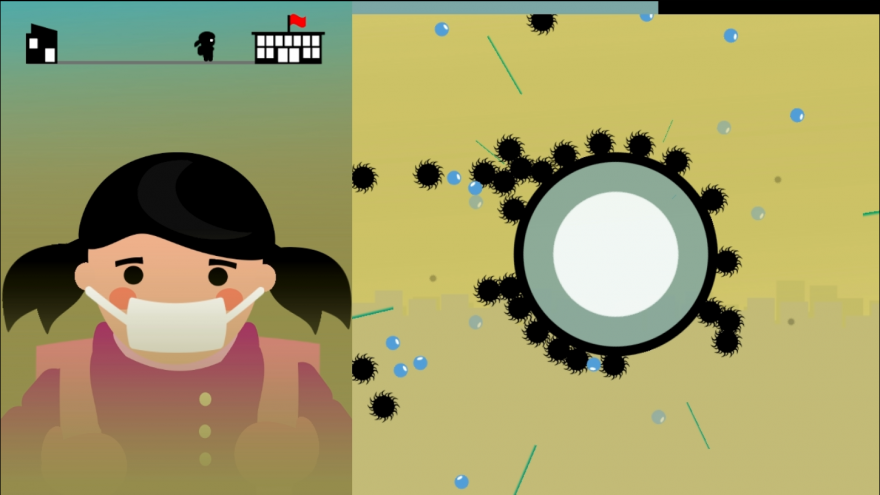 Mike Ren has been living in Shanghai, China for over a year now. “The city is great,” he says, but the air pollution, well, that isn’t so great. The smog of China is a matter that has reached global news. It even went viral in 2013 due to a photograph that could have been mistaken for a still from the 1982 movie Blade Runner. But Ren isn’t happy with this coverage in the media and has sought to humanize the issue through a videogame. Called Hazy Days, it has you controlling the breathing of a 10-year-old Chinese girl as she walks to school over the course of a week. She hopes to avoid sickness so she can board the plane to her grandma’s house to celebrate the New Year. The task involves breathing in particles of oxygen while avoiding the pollution that can stick to her lungs. Getting her sick with your failure is bad enough but then you also have to help her cough up the gunk inside of her into her bathroom sink. It’s a game that recalls the political games of Molleindustria that focus on the terrible human conditions the labor market and tech companies cause.