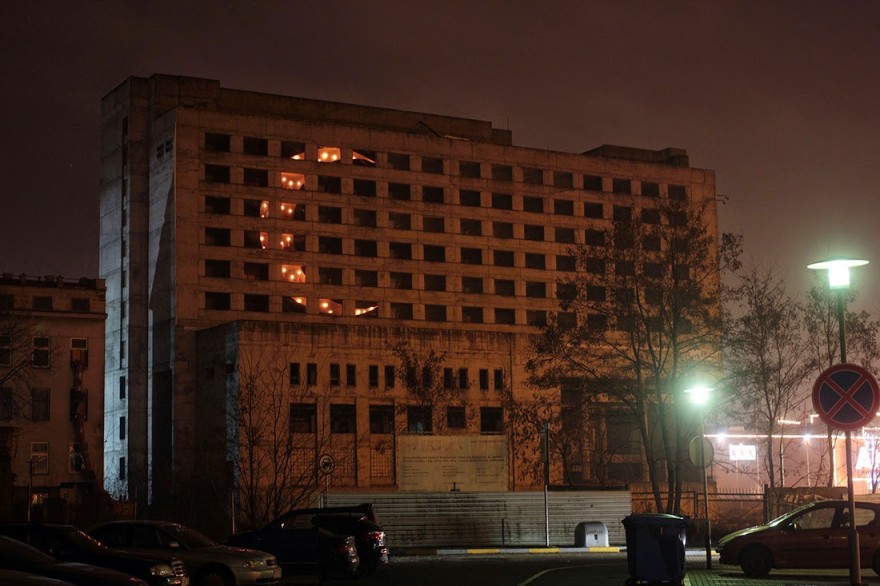 The Lithuanian street artist Morfai has a way with repurposing old objects. He’s used digital trickery to make broken public spaces whole again, and assembled bottlecaps into enormous mosaics. His recent work may be his biggest yet, though: he “stole the moon” and trapped it in an abandoned building in the city of Kaunas like the fey act-2 subquest of a JRPG or something.

This moody making-of video goes into greater detail about how Morfai accomplished the feat, but, short version: tarps and fire. That this building didn’t burn to the ground immediately is something of a miracle. The result, though, is utterly enchanting.