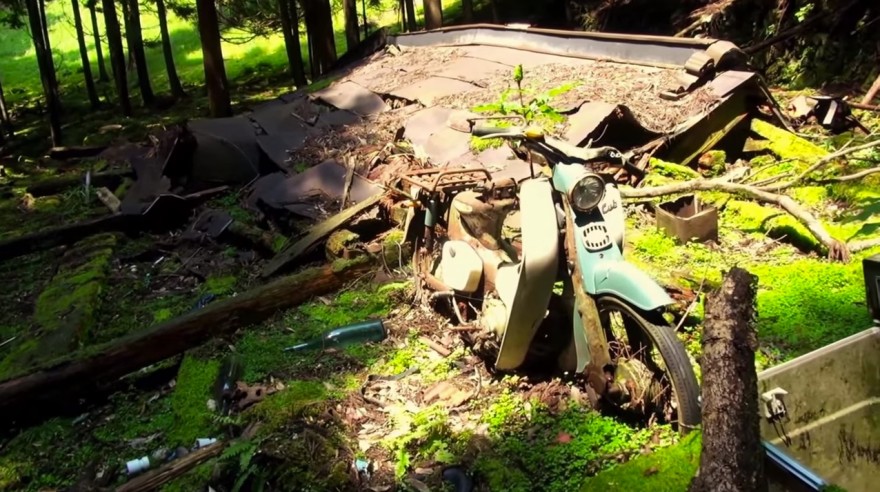 Siren is an early 2000 gem too often glossed over in survival-horror history. Centered around a Japanese death cult religion that requires ritual sacrifice from the village of Hanuda, it’s a game that nails atmospheric horror. The cursed village—doomed to commit murders or become the undead “shibito” (which roughly translates to “corpse people”) that attack any remaining human in order to convert them—inspires terror and tension with every step you take in the game.

In Siren, you are left defenseless while put up against an entire town awash in decay, dementia, and blood. Your weapons, when you’re even allowed to have one, are all but useless against an immortal enemy that can only be temporarily pacified. Your only advantage? The ability to telepathically link with the shibito and see from their perspective as they hunt you down and you cower in a corner somewhere. So much of the fear derives from the setting: an island cut off from space and time (due to wacky magic shit), stuck inside both an inescapable mountain and moment that constantly loops back around to where it started.

a graveyard of the human lives that used to inhabit it

According to RocketNews24, the fictional village of Hanuda was actually inspired by the real, abandoned town of Chichibu, Saitama Prefecture. And, recently, a camera crew decided to not heed the warnings of the third Siren installment (which saw a TV crew getting wrapped up in the cultish chaos by meddling in Hanuda’s business) and visit the terrifying village to capture its creepiness on film. The result is a video that would find itself at home on r/AbandonedPorn, with sweeping shots from every angle of a blue motorbike being eaten by the ground, a school that, according to the video’s description, appears “as if an aliens abducted the townsfolk.”

One of the eeriest aspects of the town of Hanuda in Siren is just how normally the shibito go about their business when they’re not screaming in hunger for human flesh. Their world has been overrun by bloody rivers and decomposing corpses. But to the undead residents, it’s life as usual with a day full of gardening, mining, and sitting down for a family meal (of human flesh). A similar eeriness can be found in the video of Chichibu, with the distinctly human touch of inhabitation left behind to rot while remaining unaware of its own decay. Both in the game and IRL, the uncanniness comes from the jarring juxtaposition between what was, and what is. This used to be a school, but now its a bunch of broken windows and safety hazards. This used to be a human being, but now its just a snarling mass of flesh. In both cases, what’s left behind is a graveyard of the human lives that used to inhabit it. 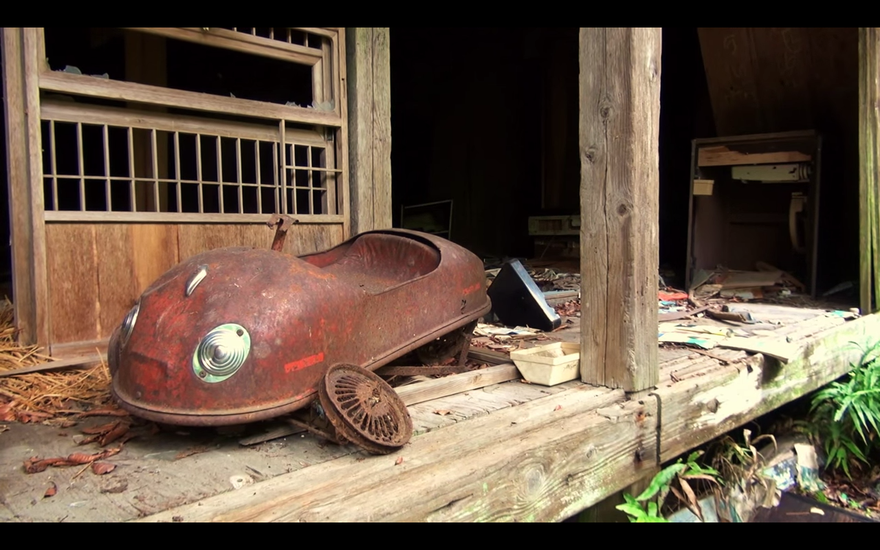