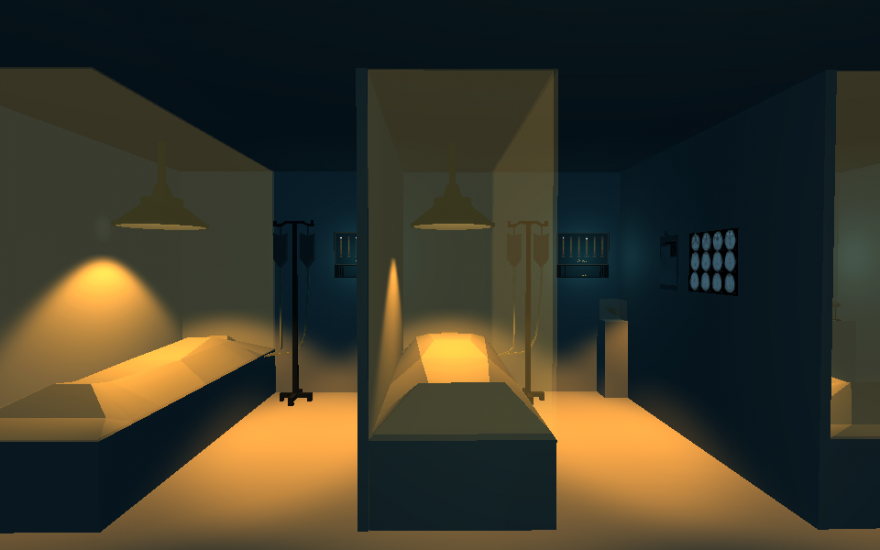 Humans have been obsessed with the concept of the afterlife for millennia. Ancient scripture and papyrus dating back as far as 3000 B.C. describes our ensouled body’s decay as opening an aperture to another realm, where our conscience can reside for ever after. The Ancient Egyptians and Greeks were convinced of it, and the majority of religions (and our fear of inexistence) have continued to spread the idea of life after death through to today.

administer an anesthetic that will drain them of their life.

But in Ice Water Games’s “Antholojam” entry The Absence of Is, it is science that leads us into the first proper study of the afterlife, not a belief system. Not that this is a theological smear, but it does ask questions that are of interest to believers, and has implications for those that aren’t. As you’d expect from an empirical approach to this breakthrough, what The Absence of Is wants you to determine is whether or not you’ve discovered the afterlife based on the evidence you collate. Your answer will depend on the success of your project.

Failure is a constant threat here. And this is no high school experiment, so the risks have heavy consequences riding upon their coattails. Although it is not instructed, you’ll soon learn that your role is to compromise the healthy state of three human subjects, shutting down their bodies to bring them close to death. This is necessary to extract the “Sense-Data” from them, which forms an entry point into this other world that you can then briefly venture inside.

If you study the medical records and personal items around the laboratory your subjects will have their personalities revealed. One is the creator of this potentially deadly experiment, another is a young archaeologist and historian, and the third is your wife—no punches pulled. To each you must administer an anesthetic that will drain them of their life. You can watch their vitals drop as you do this. But stare without action for too long, denying these dying bodies the life-saving adrenaline, and you will kill them.

Not only do you want to avoid doing this as, figuratively speaking, these are people with lives and memories and feelings. You also don’t want to cause any deaths as this limits how much of the other realm you’re able to explore, missing out on story points and valuable data. It’s an empty feeling that grabs at your throat and stomach once the alarms have stopped flashing “DANGER,” and you’re left with an unchangeable status report—”Dead.” Its permanence is haunting, and for that reason, it’s almost a shame that it can be resolved by reloading the game and starting over.

Assessing your findings as pertaining to the afterlife (or not) will probably become less pressing the more you see. As what you find inside each pocket dimension is a revealing tableaux of each person’s background. There’s a fond memory set around the countryside of Korea, a riotous scene of scrambling people and cop cars in Greece, and a concerning picture of domestic violence in a ravaged house. You invade what seem to be the memories and dreams of these people: lands abstracted by torment, nightmares populated by worrisome symbolism, with only the occasional updraft towards something positive.

If this is the afterlife, then it has prepared only death and destruction for these people. If that is the case then we must ask why. Is this punishment for a sinful life? Is it a god’s ruinous nature? Or maybe it’s the fate of all the deceased? Worse still is the thought that there is no reasoning for it at all, suggesting that we exit life to an eternity of bleak reminders and even more unanswered questions.

You likely won’t find any resolve to any post-life queries you may have. But The Absence of Is does give plenty to turn over in your mind. Perhaps most prominent will be the notion that it’s best to leave the afterlife to the distant imagination. If it teaches us anything, maybe it’s that we should live our lives first, mending them if need be, rather than spending the entirety of our bodily existence worrying about what will happen to us once we retire.

You can play The Absence of Is in your browser. You can also purchase it for $3 on itch.io to get the standalone version.