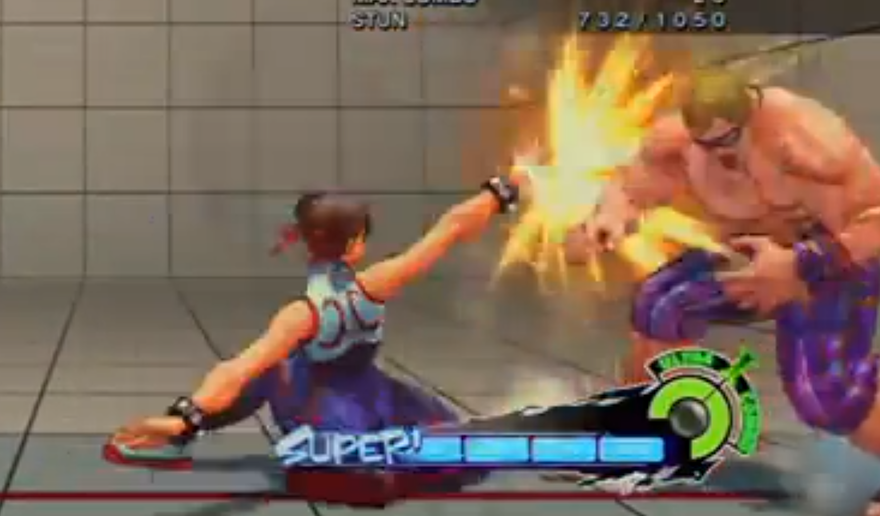 Clocking in at a devastating 247 hits, this has a high likelihood of being the longest, most pain-inducing combo ever dealt to a brainless dummy opponent in Street Fighter 4. The move set is a minute and 37 seconds of Chun Li spamming icrouching blows, the occasional blue fireball, and that oh-so-annoying lightning leg kick. In short, this is basically the biggest dick move ever.

Of course, the game isn’t designed to let you pull off absurd combos of mesmerizing length, but rules were made to be broken, right? The YouTube user and apparent fighting game combo savant biffotasty exploited a glitch in the game to engineer this beastly combo.