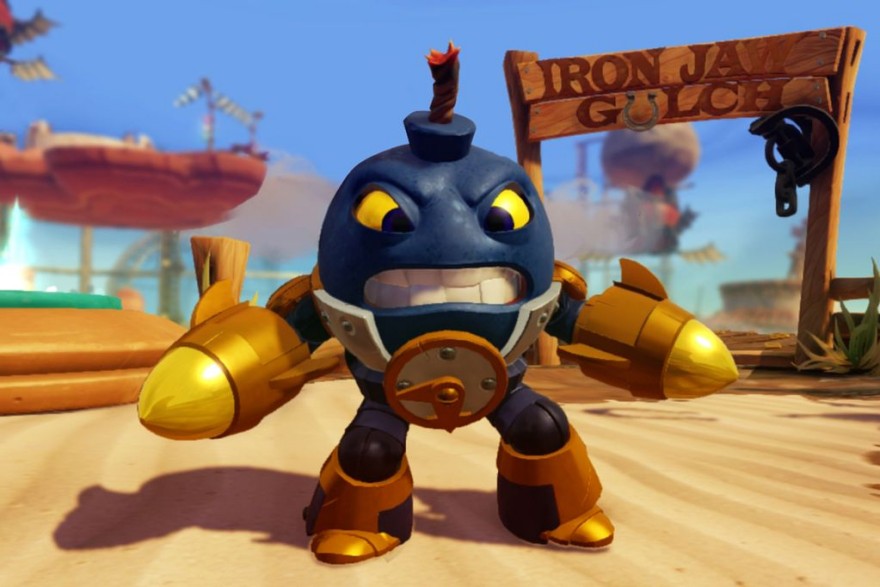 Skylanders, the evolution of the Spyro the Dragon series that merges action-figure collecting with video games, has proven to be a huge success for Activision Blizzard, a company with a stable of them already. The series’ debut in Christmas 2011 outsold all expectations; few thought a package requiring the purchase of additional figures to unlock in-game content would spark such a feverish response from children and adults alike. And so a sequel, Skylanders: Giants, was released one year later, and a third entry, subtitled Swap Force, has been revealed for this fall.

With the news last week that Skylanders finally topped $1 billion in sales, our only question is: How much longer until the franchise crumbles under the weight of a saturated market?

If there is a fruit to squeeze, by god we will squeeze and squeeze until the pulp itself is withered and dry. Cue the slideshow: Gold Rush (1849), the rise and fall of disco (1970s), Dot-com boom (2000). For crying outloud, there’s reports the ocean is running out of fish! We just don’t know when to quit.

Finally, in a last gasping effort, we saw Tony Hawk Motion (2008), Ride (2009) and Shred (2010). When Bobby Kotick, CEO of Activision, announced there would be no installment of Tony Hawk in 2011, the collective exhale could have filled a fleet of Goodyear blimps.

That’s not to say that all were bad games. But even the richest vein, if tapped non-stop, will eventually tap out. Activision saw another of their franchises, Guitar Hero, deflate due to over-supply and diminishing demand. And one key similarity between Tony Hawk, Guitar Hero, and Skylanders is the reliance on peripherals.

Even the richest vein, if tapped non-stop, will eventually tap out.

When Tony Hawk: Ride released with a near-full size skateboard used to manipulate your on-screen skater, many saw the excess control method as gimmicky and unwieldy. Taken with the annual refresh of plastic axes and then drum kits bought to keep up with the music game, all those chunky accessories piled up, either in your living room or on store shelves. What was meant to be a distinguishing factor, or an extra to warrant a premium price, ended up suffocating on its own bloat and excess. Call it accidental self-asphyxiation. The players could no longer breathe, so neither do Tony Hawk (the game!) or Guitar Hero anymore.

With a third game in three years, and an increasing pile of plastic toys to buy, Skylanders is heading straight down this very same path of eventual ruin. But maybe not.  Activision’s other annual money-hog, Call of Duty, has escaped this inevitable decline, with each year’s edition somehow selling more during its launch period than the previous game since 2007’s Modern Warfare.

Will Toys for Bob, developer of the Skylanders games, improve and evolve the series enough to warrant returning year after year? Or will action figures lead to cardboard cut-outs and inflatable dolls, soon to be tossed in the bargain bin next to leftover copies of Guitar Hero: Warriors of Rock? With Disney going all-in with their own toy/game amalgam, Disney Infinity, they’re betting the market is far from saturated. Let the gold rush begin.