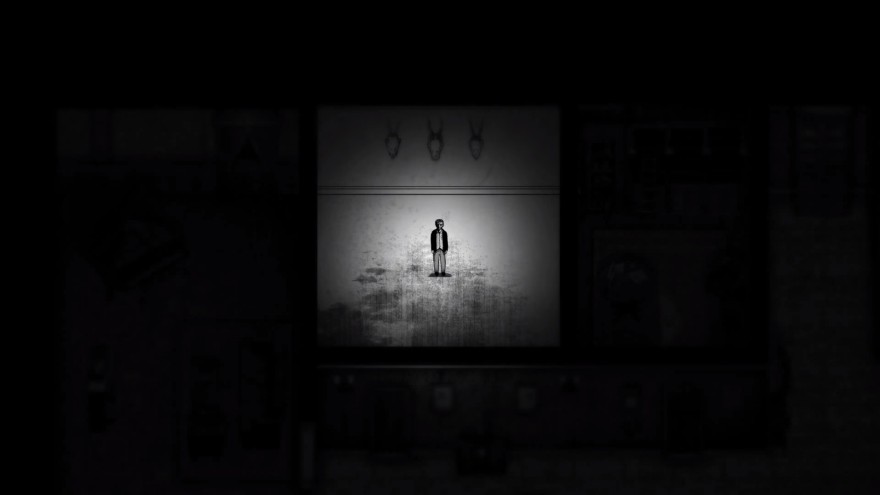 It’s rare to see an isometric horror game. The 3/4 perspective affords more visibility than what is conducive to most horror scenarios, where the possibility of things lurking in the darkness or just around the bend helps heightens the tension.

But in Adam, at least what’s shown in its only available trailer, ceilings are cutaway to reveal the contents of other rooms, like an old RPG or adventure game. A halo of light illuminates the titular character, emphasizing the darkness around him, but we can still see. In place of the mystery another perspective might offer, Adam must find its horror elsewhere, which is part of its allure.

How will Adam use this style to its advantage? The 2009 freeware horror game Ao Oni used the 3/4 perspective to violate the safety a player feels having most of a room in view, by forcibly filling that space with its unsightly antagonist. STASIS, an isometric sci-fi horror from this past August, relied heavily on violence.

Adam doesn’t seem to fall in line with either of these. Its stark black and white calls to mind The Cat Lady and Neverending Nightmares, both side-scrolling horror games that make heavy use of shocking imagery to tell their tales. Adam‘s story seems to be rooted in a particular space—Adam’s home.

“His story is baked into the bricks”

Its website reads: “It is Adam’s last few hours. Trapped in the bones of his house you will un-leaf Adam’s life, exploring the world through his eyes. Everything hints at Adam’s past, his years have been long and path well trodden. His story is baked into the bricks. No one ever came from nothing and no one ever leaves that way.”

There are a few short blog entries about Adam on the Blind Sky Studios website, which hint at a possible Steam Greenlight sometime soon.