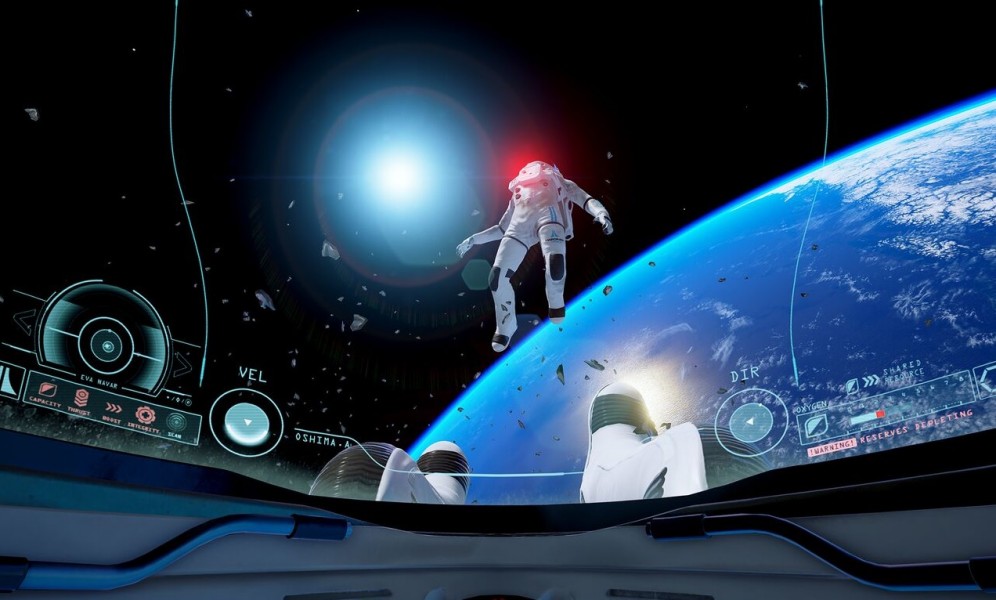 Adam Orth is alone. It’s no secret. He tells me as much even as I cross the threshold of Three One Zero, his development studio just off the block-party-turned-retail-orgy that is the 3rd Street Promenade in Santa Monica. He’s right, there’s no one there, though half a dozen work stations line the wall to my left, one piled high with Atari cartridges. “We’re a digitally distributed team,” he explains, “so everyone can work from wherever they are.” Through the several hours we’ll spend sitting and talking on an overstuffed leather couch at the far corner of the studio, an inflatable sentry turret from Portal (2007) will be our only companion.

“I thought we could talk over lunch,” Orth will tell me, and I’ll readily agree. But before we amble down the promenade together we’ll do some casual, benign jockeying over why, exactly, I am here. Adam will admit to me that some of his past press engagements have been “brutal,” having been handled with a noxious blend of aggressive and unfocused questioning concerning anything and everything except for his game, the first person and “space catastrophe” simulator he’s named Adr1ft. He’ll caution me, in a friendly and practiced tone, that focusing my article, this article, on what he refers to only as “my thing” or “the other thing” or “the Twitter thing” would do a disservice to the piece.

I’ll reassure him that I agree with him. I do. I’ll tell him that I’m interested, almost solely, in what his game is, what it tries to accomplish, and what it says about games and gaming. With that settled, we’ll return to the topic of lunch. “I thought maybe we’d grab a burger and chat about Adr1ft,” he’ll say. “This is going well,” I’ll think to myself. “This will be fun.”

You can read the rest of this article over on Versions.