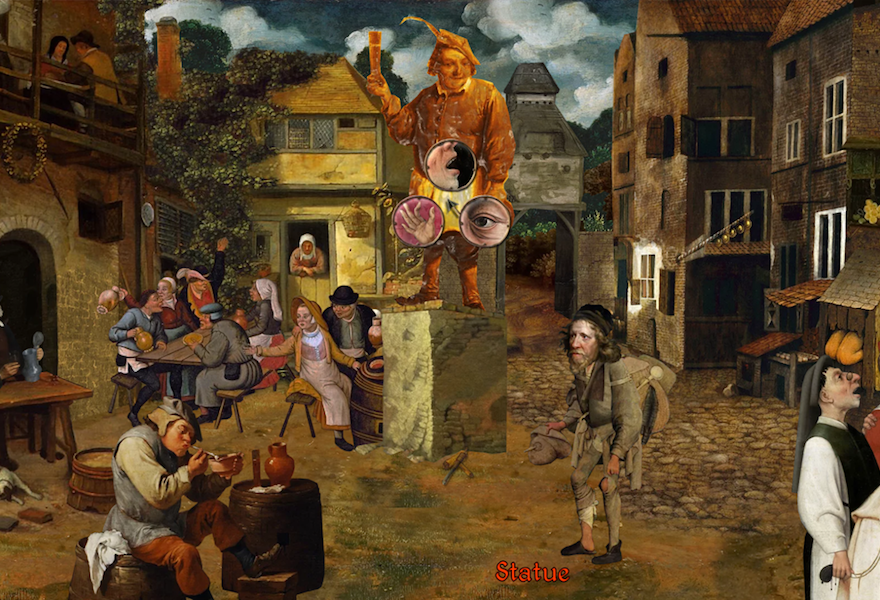 Four Last Things is the type of game I want to leave open on the title screen for hours, just to stare at and appreciate. But that would be the sin of sloth, friend.

The premise is simple: you’re an old man at the end of his life, and you’ve just finished a pilgrimage to a distant church to confess your sins before you die. Unfortunately, it seems you may have been too dedicated, as you’ve accidentally walked past your destination and have reached the wrong church. There’s no time to turn around, and this new church won’t let you in to confess for sins committed in other catchments. Ironically enough, then, the only way to gain entry is by committing a whole gaggle of new sins before you die. 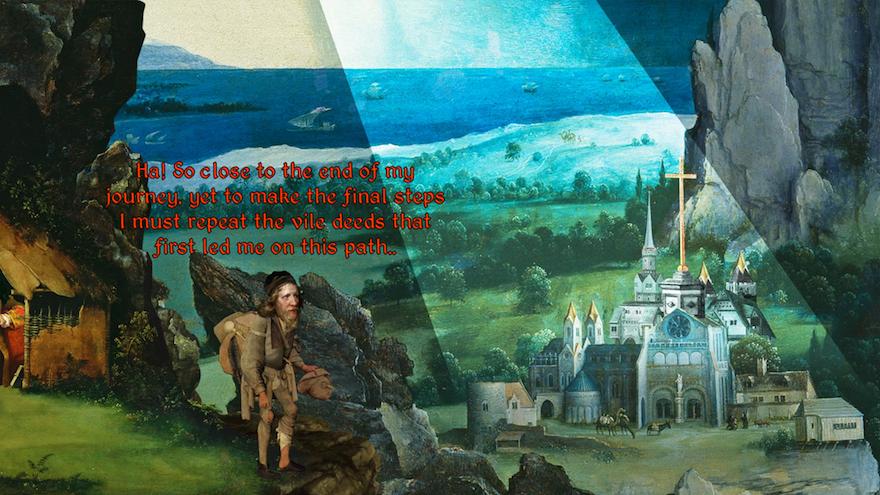 What follows is a 20-30 minute tale of vice told through classic landscapes like those of Hieronymus Bosch and Frans Floris, brought to life through a combination of modern animation techniques like motion tweens (think 2D puppetry) and humor that wouldn’t be out of place in a Monty Python bit.

Almost like a museum art tour in game format, your character will comment on the artworks as he passes by them, making snide remarks like “I don’t want any part of that,” and the dry text descriptions of the increasingly bizarre paintings—”Rabbit-man blowing into horn and carrying burning corpse on pike” is a particularly vivid example—comes across like a commentary in and of itself.

Of course, you’re not the only liar in town. All sins have their comeuppance, even those committed in the name of confession. But like Dr. Faustus selling his soul to the devil so he can fly around with demons and punch the Pope…maybe it’s all worth it in the end. 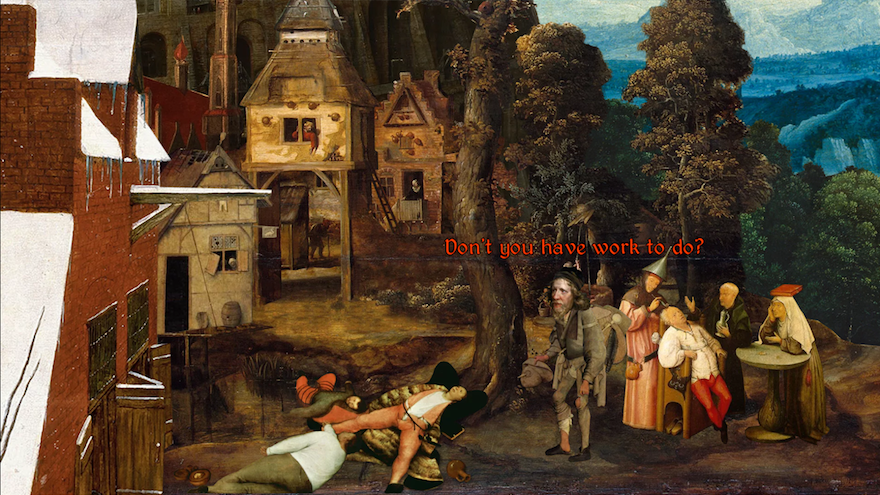