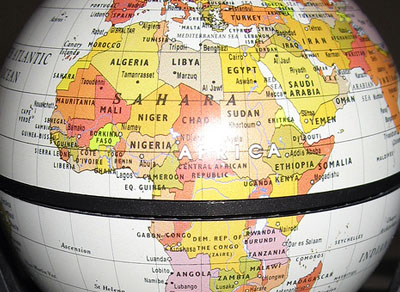 Here’s an idea: If your blog post announcing a game set in ‘Africa’ doesn’t name a single country, it probably needs another edit.

To wit, here’s a choice passage from Positech Games’ announcement for Democracy 3: Africa:

In the west, we tend to think of Africa as either the target of charity fund-raising concerts, or somewhere to go on a safari. We never think about the African economies, or African industry or exports. Lets not forget Africa is home to a billion people…

The problems, opportunities and characteristics of many African countries make for a fascinating experiment in political strategy.

Name a country! Come on, just one!

Plus… When do you ever see Africa in a video game? I have no memories of it ever being anything but a destination where pirate bases or criminal gangs roam. Gaming seems to have a very distorted view of Africa, just like Hollywood does. I am under no illusions that this game will sell many copies in Africa, the gaming market is tiny, but I think it still makes sense because its such an interesting setting for a strategy game.

To be fair, Positech’s Cliff Harris is not entirely wrong here. Videogames, like most western cultural products, have certain cultural blind spots. The Central African state in Far Cry 2 is home to little more than zebra and the extraction of diamonds. In case you’re wondering where Ubisoft’s priorities lie: the state doesn’t have a name, but it is known to be a failure. Resident Evil 5 also takes place in an unnamed African state, because even deigning to throw a dart at a map is hard work. Which is to say nothing of its plot: white man goes to Africa to shoot black zombies. So, yes, videogames do have a tendency to use “Africa” as a setting while ignoring any local details.

western politicos have often treated development as an expansion pack

Yet the “when do you ever see Africa in video games?” argument can easily go too far. There are games set on the continent that are not about crime, but they tend to be made by African developers. Coincidence? I think not. Aurion, for instance, is a fantasy RPG made by Kiro Games in Yaoundé, Cameroon. If you’re looking for more of an ‘issue game,’ take a gander at Mosquito Hood by Kenya’s Momentum Core. Kanso Ogbolu has also used the visual tics of videogames in his satirical videos about Nigerian politics. In this regard, videogame discourse about Africa often tracks broader Western discourse about Africa: Much more time is spent debating blind spots than seeking out African voices.

There is no reason to doubt that Positech’s intentions are good. The game’s placeholder sites does list the specific countries that appear in the game. Sure, each country listed links to its Wikipedia page, but at least they are listed. But much of the rhetoric at play here is symptomatic of the broader challenges—and possible failings—of Western allyship. Talk about democracy and representation becomes detached from the act of working towards these reforms or empowering others to do so.

The irony to all this is that western politicos have often treated development as an expansion pack of sorts. Just send Tony Blair to set ‘em straight. When Harris writes of not wanting to treat Democracy 3: Africa as just another DLC, he is (inadvertently?) calling out decades of Anglo-European foreign policy. The main takeaway from these policies is that one ought not treat the governance of other countries as extensions of your own paradigms. South Africa is not Rwanda is not Algeria is not France. I hope Democracy 3: Africa proves this point and that its success in doing so helps to address the real blind spots of videogame discourse. But in the immediate term, maybe we need to stop talking about games in ‘Africa’ and start seeking out the work of developers from Mali, Morocco, and Senegal, to name but three of the continent’s 54 sovereign states, which, again, are not all the same.