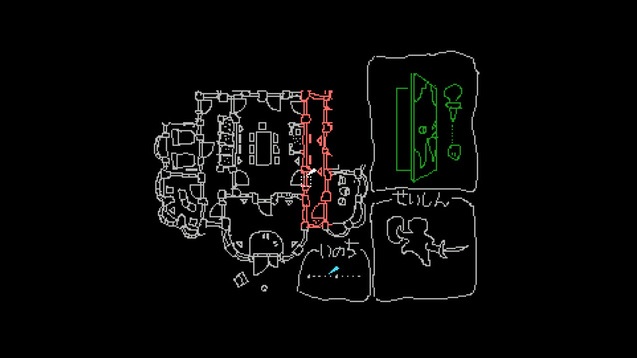 The Nintendo Entertainment System sits comfortably in its position as the grand-pappy of the game consoles we have today. To go along with their new machine, Nintendo came up with a lucrative licensing system that guaranteed players a certain standard of quality, and ended up jump-starting the American game market after the infamous “crash” of 1983. At that point, plenty of people had already written off the “game console” as a dead idea—Atari, once a monolith of American entertainment, had fallen (after playing host to such awful products as that one infamous E.T. game)—but the “home computer” was a subject of some interest. Advertisements touted the promise of languages like BASIC, and tools like word processors or spreadsheets for finance, recipe catalogs, music collections, and whatever else you could automate.

not bound by the standards of taste or usability.

One of these computers—released the same year as the NES—was the MSX. While not particularly popular in the US, it was one of Nintendo’s stronger competitors internationally, because of course, games were a great way to show off what your computer could do, and you can’t be using Multiplan (proto-Excel) to plan your taxes 24/7 anyway. Metal Gear (1987) was introduced to run on MSX architecture, and Final Fantasy (1987) and Castlevania (1986) spent some time there, too. But, unlike Nintendo’s console, anything could be run on home computers. They became a space for bootleg games, or for hobbyists to make their own weird little creations—enclosed in plastic bags, distributed with zines, not bound by the standards of taste or usability.

This brings us to TPM.CO Soft Works, which describes itself like this: “A company creates a game work since 1985.” The page combines Japanese and not-quite readable English, and it calls back to those games that only got to strut their stuff on a handful of machines. First made in 1998 if the title cards are to be believed, Tarotica Voo Doo is an “ancient adventure game with movie such as stop motion animation,” and it boasts “110 pics for the opening movie, 160 pics for the ending movie… total 648 pics” of animation “drawn by hand.”

Tarotica Voo Doo has been exhibited at a number of shows, most recently the 2015 Tokyo Game Show Indie area, where it was displayed on an actual MSX machine, running off a 3.5” floppy disc. At the moment, it’s on Steam Greenlight to see if there’s enough interest to bring a port to the PC in 2016. With dissonant, sometimes clipping sound effects and a dark and minimal graphical style that fits its aggressively homemade aesthetic, Tarotica Voo Doo is as obscure as it looks, and equally unfriendly. But the way the website feels like something you’ve stumbled upon by accident, or the way none of the instructions are quite as comprehensible as you might hope, all goes toward making it nostalgically murky—like it didn’t really want to be found, like you tracked it down in a ragged zine and now you’re going to figure out what’s going on between all the bleeps and shifting pixels. There’s something wonderfully strange about that.

You can vote for Tarotica Voo Doo on Steam Greenlight.