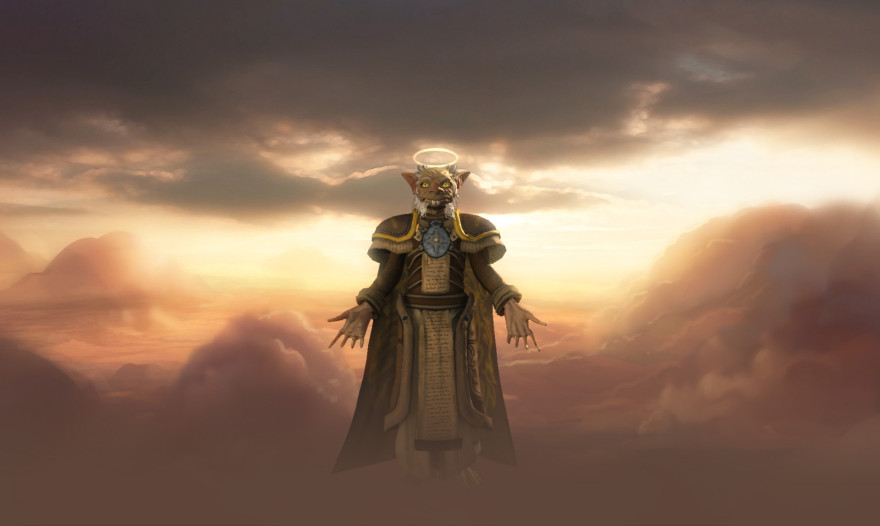 In the interest of keeping on the right side of a man who regularly puts a knife to your throat, there’s two things you should never talk about with your barber: Religion and 4X games.

There is no game more inherently political than the empire-builder. 4X games—short for explore, expand, exploit, and exterminate—are few and far between, so the release of a new title is an occasion to be cherished. On internet forums where empire-builders are discussed, even mediocre entries are eagerly pulled apart and their workings analysed in horological detail.

The aspect of the 4X that makes it the Everest of game genres is the complexity of what it’s modelling: the empires themselves. What have the developers put into the model, and what have they left out? How do empires actually work? It’s an open question and 4X games are informed by the living debate.

All of these games, in some manner, make a claim as to the propellers that move society.  Where does Age of Wonders III come down? Some games subscribe to the Great Man theory, that Nietzschean superheroes arise from the masses to lead us in pivotal moments. Other empire-builders, like the genre-defininig Civilization series are more populist.

Civilizations I, II, and IV were games made by Americans at the apex of that country’s history, and celebrate America’s national myths about tireless expansion and manifest destiny. The key to victory in each game is to treat your empire’s borders as though they were on wheels—expand constantly, grow your population. In later Civilization games, “Great People” occasionally emerge from the masses, but even they live only to serve the populace. They rarely exist for more than one turn as the player is encouraged to “spend” them almost immediately, with the Great Person then giving the empire a momentary influential nudge of culture or money before disappearing again into the flock. “The people are the heroes now,” intones the chorus in a John Adams composition from Civ IV‘s soundtrack, which designer Soren Johnson hand-picked himself.

The key to victory is to treat your empire’s borders as though they were on wheels—expand constantly, grow your population.

Civ V is, if anything, even more populist in its approach. Churning out huge armies and giant empires was de rigeur in previous Civ games, but in Civ V, units are much more precious and empires can only grow so large. This is what Rob Zacny astutely called “the Recession Civ“, but it’s also the Iraq-and-Afghanistan Long War Civ—a game where mass casualties (on your side) are nearly unthinkable, not a token requisite of waging war.

So Civilization and its acolytes form the left branch of the empire-builder family tree, placing the nameless citizen at the forefront of history. There’s a decidedly more libertarian tranche of 4X games, though.

Fantasy 4X games have been aspiring to the heights reached by Master of Magic since that well-remembered title came out in 1994. But if Civ‘s entrance music is “Fanfare for the Common Man,” Master of Magic‘s signature tune might be “You’re So Vain.” There are smallfolk in a Master of Magic-style 4X, but they exist to protect and serve your all-important heroes, those boldface-name Nietzschean Great Men of history.

Age of Wonders III lands very squarely on the Master of Magic side of the line. Set in a beautifully realised fantasy world, this is a game about forging empires in the wake of great heroes.

The game offers two pre-built campaigns but the real meat of Age of Wonders III is the highly replayable sandbox mode. Here you build a custom leader (or choose from one of a couple of dozen pre-built ones) to sit at the head of your empire, negotiate (a little) with other rulers and lead armies around the world to found and subjugate new cities.

This leader is essentially your avatar, though more recruitable heroes will randomly appear throughout the game. You march your heroes about the map with an entourage of nameless mortals banded into cavalry squadrons and archer platoons. You will found cities on the randomly generated hex map world, but running your empire isn’t something the game means for you to occupy yourself with too much. While there’s some token nods to domestic concerns like the happiness of your cities, Age of Wonders is much more focused on war and adventuring than Civilization or the recent Stardock-built, Master of Magic-style 4X, Elemental.

Yes: war and adventuring and heroes. History as Tolkien would know it. This is where Age of Wonders really shines, and to be honest, they could have honed the game’s preferential edge towards this even further. The empire management offers so few options that it might have been better off streamlined away entirely. There’s vanishingly few buildings that you can improve your cities with, and only a couple of race-specific ones that can be built in burgs populated by fairies or goblins, etc. After a while, the empire itself seems like the haft behind the spearpoint that is your avatar’s army, which cruises around the map delving dungeons and getting into turn-based tactical battles against a memorably creative host of monsters that includes dire penguins and fellhorses, an invention which looks like a zebra designed by Ziggy Stardust-era David Bowie.

Compared to the combat, which is deep and varied and executed by an enemy AI that acquits itself convincingly, the empire management in Age of Wonders III feels half-hearted. There’s a lot of interesting ideas at play, but many don’t pay off.

The game’s tutorial, for example, establishes an interesting dichotomy: it sets up a conflict between nature-loving magic users against the resource-guzzling technological “dreadnoughts” who use muskets instead of crossbows. This seems like a nod to Tolkien, whose mass-produced orcs represented the encroachment of industry and mechanization into traditional English country life. Sadly, that tantalising conflict comes to little once you get into the game itself: in Age of Wonders III a city of fey fairies can just as easily prosper as part of an arcane technocracy as it can under the governance of elves. But you’ll never get your fairies to make guns of their own. Cities in Age of Wonders can be peopled by one race and one race only, though expelling dwarves from their home to make room for orcs or humans is something the game marks as an “evil” act.

Ah yes: good and evil. Age of Wonders sports a very clear-edged and non-negotiable morality system. There are certain acts (slaughtering a weaker army that would rather run away, or razing a city) that are marked unequivocally as evil ones. Age of Wonders isn’t judging you, it’s just trying to figure out where you stand for the purposes of diplomacy. When you run into other empires, you’re told in the diplomatic interface if they’re good or evil or neutral, and you’re ostensibly meant to have naturally better relations with those empires who share your particular alignment.

War and adventuring and heroes. History as Tolkien would know it.

In practice, however, I’ve found that relations tend to go pear-shaped with just about everyone eventually, regardless of how well our moral alignments match up on OkCupid. But by the time you’ve figured that out, you’ll have already understood why. Age of Wonders includes just enough diplomacy and research and city-building to qualify for the three Xs it feels are subordinate to the fourth X. You know, the one about exterminating.

Perhaps, like a clever university student sitting an exam he’s under-prepared for, Age of Wonders III takes the question of how empires are made and rejects it. With the attention that it lavishes on combat—from the panoply of tactical spells and abilities you can discover to the extraordinary visual detail afforded to even insignificant corners of every battlefield—Age of Wonders seems largely uninterested in the mechanisms of power. It’s more focused on the application thereof.