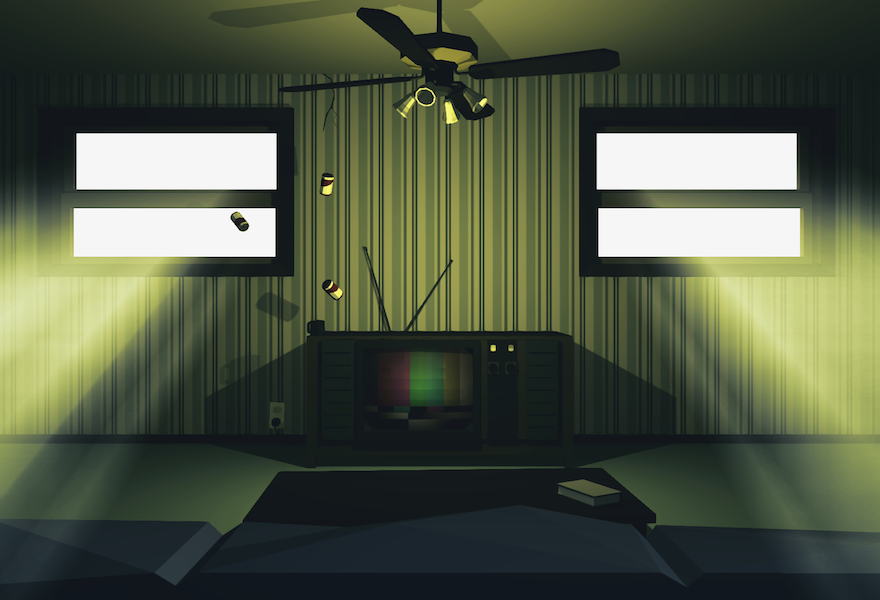 To Azimuth, an upcoming adventure game that failed to secure Kickstarter funding during a campaign in 2014, is back with a new announcement trailer. Described as a “Lynchian alien abduction investigation,” the game tells a story about alien abductions and, more importantly, the people who experience them. Like Lynch’s Twin Peaks, To Azimuth is built around a small town and a central mystery: What has happened to Eli Windham?

As a Vietnam veteran and recovering addict, when Eli disappears from his town of Musgrove, Alabama, police assume he’s fallen off the wagon and nobody goes looking for him. Hence, the player takes on the twin roles of his brother Nate and his sister Susannah across two separate and interweaving stories, trying to piece together what might have actually happened to Eli.


One of the recurring trends across real-life accounts of alien abductions is that they tend to be named after the person who supposedly experienced them. The Mcpherson Tape. The Walton Experience. The Barney and Betty Hill abduction. Hoax or not, within the UFO-enthusiast community, these people become celebrities, and some are even able to spin whole careers out of their stories. For instance, The Walton Experience actually served as the inspiration for sci-fi cult classic Fire in the Sky (1993), and Travis Walton still continues to make convention appearances on a regular basis. As interesting as stories of aliens tend to be, in a way, the people who claim to have met them are even more fascinating.

This is the mindset creator Zach Sanford went into while making To Azimuth. “People who claim to be alien abductees are often regarded as weird or crazy, but in the stories they tell there is this real pathos,” he said back during the original Kickstarter campaign. “As a storyteller, I’m now much more interested in the human aspect of alien abduction accounts.”

As such, To Azimuth hopes to use its science-fiction scenario to tell a story not only about aliens, but also about a veteran coping with PTSD and those around him who are trying to help. In the announcement trailer, we hear a recording from Eli, addressed to Susannah, wherein he seems to know that the aliens are coming for him. He talks about being ashamed and that the abduction has been “a long time coming.” He tells Susannah that he’s not proud of her. He apologizes to his brother Nate and says he hopes “they’ll leave him alone now.” By the sound of it, for all their otherworldly presence, these aliens and what they represent are all too familiar for the Windham family.

To Azimuth is due to launch in early 2017. You can follow the game over on its website.