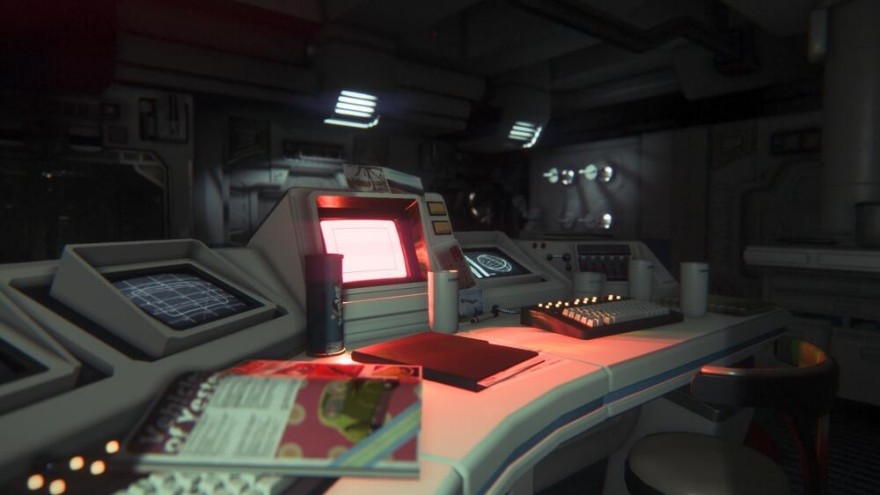 The problem with making a new videogame based on a beloved 30-year-old sci-fi film like Alien is that the future turned out pretty different than the way Ridley Scott envisioned it back then. Alien featured “turn-key, analog, push-button technology; [it was] the world of CRT,” says the devs of Alien: Isolation in this fresh-off-the-presses developer’s diary.

In order to make the game true to the source material, they had to try to remember what the future was supposed to look like, which meant consulting the design docs of concept artist Ron Cobb. To capture that fuzziness and grain and buzz of equipment from the late 70s, for instance, one particularly awesome trick they did was to record the game on VHS and run it into an old portable TV. Then, they feed it back into the game, kind of like the way you never saw a clean copy of Alien because yours was recorded on VCR off satellite and played to death. Now that’s what I call authenticity.