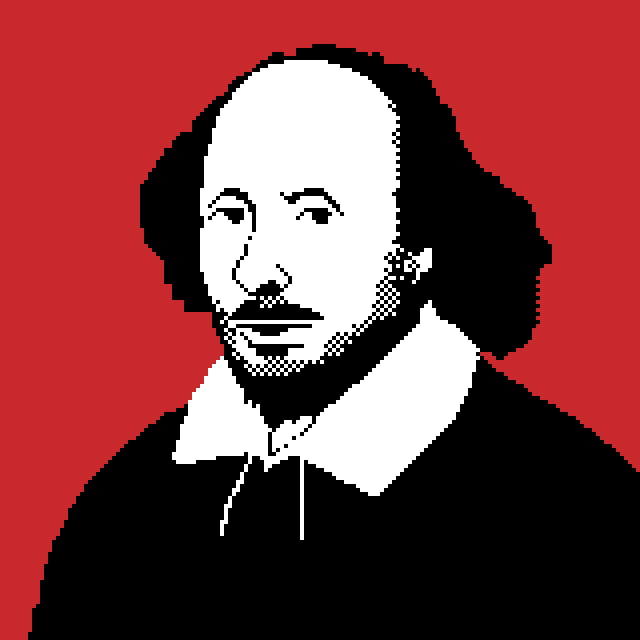 Sometimes, I see myself through the eyes of my non-gamer readers. My mother-in-law, say. I see a competent writer who, for reasons incomprehensible, devotes himself to writing about a hobby that is immature at best and an active waste of time and talent at worst. Readers like my mother-in-law likely see it as uninteresting or irrelevant, and I can empathize. I imagine many a spouse, boyfriend, aunt, and boss has picked up a copy of Kill Screen and asked the damnable question I ask my students all the time: Why is this worth writing about?

The question makes me think about Steve Almond. My thesis chair, who always pushed me to write about games, told me that Almond made a career being the guy who writes about candy, and that I could be the guy who writes about videogames. This may be true; though there are more experienced and more talented writers working on the subject, I haven’t yet found a writer who sees games quite how I do. Tom Bissell’s excellent essay on Grand Theft Auto IV gets very close, but even he doesn’t quite come out to say what, for me, makes videogames worth writing about.

We have the same conversations about gaming over and over again. Are they too violent? How are they affecting the children? Are they art? Are they on a par with other art forms? And we come over and over again to the same impasses. They are too violent, or they are not. They are art, or they are not. They are making our children stupider, or they are making them smarter. But lost in this is what makes gaming so compelling to me: that games allow us to share the life and mind of another person in a way that no other medium can.

As I write these words, I am watching my wife, Megan, play Dragon Age: Origins. She has discovered the Temple of Andraste, and she faces some difficult choices about what to do with the ashes of Andraste, the game world’s Christ figure. In more conventional Earth terms, this is roughly equivalent to the scene in Indiana Jones and the Last Crusade where Indy first faces the three trials, the Nazis behind him and the Holy Grail ahead.

“Here I am, all dressed in Drakeskin,” she sings happily, checking her equipment.

The first question she faces is an easy one, which fits neatly into the videogame trope of a clear good/evil dichotomy. Use the ashes to heal a sick ally, or destroy them in pursuit of unholy power? This question is uninteresting, because it is so binary, so simplistic, so Godzilla vs. Mothra. She takes a pinch of the ashes for her ill friend, and tromps back down the mountain toward the second question.

This one fascinates me. Returning victorious from the Urn of Sacred Ashes, she encounters Brother Genitivi, the research monk who has led her to this place. Genitivi, pleased that Megan has found the ashes, wants to share the discovery with the world’s faithful, and essentially turn the Urn into a theme park. He will not be dissuaded. So Megan has to decide: accept Genitivi’s decision and let the ashes be destroyed, or protect the ashes, and murder an innocent priest.

Megan belongs to no religion, and is unlikely to go questing for the Holy Grail. But now she has to decide the fate of a faith, and at stake is her own moral certainty. For a moment, playing a game, she has a sense of what that choice would weigh, to a person of faith.

“Can’t I just punch him in the head a little?” she asks.

Part of what engages me about gaming is this kind of moment, where we’re forced to decide on where, exactly, our moral lines begin to blur. The compulsion to work through our uncertainties. But this plays out beyond questions of morality. The fact of gaming is that we’re put into someone else’s world, and asked to live there for a while.

It’s almost impossible to bring this idea to non-gamers in a meaningful way. The idea of a shared or shifted subjectivity—of seeing the world through someone else’s mind—is one that is visceral and concrete to me, but that I can only express in abstract, theoretical terms. This is the fundamental problem of videogame writing—we’re using the abstract medium of language to describe a complex experience. Gaming means imagining oneself to be someone else, making choices, and seeing the consequences of those choices play out in ways that we never expected or intended. And the experience of that—of being surrounded by consequence, but at the same time immune to it—has the ability to shape us. You can’t understand what I mean by “shared subjectivity” unless you experience it, and gaming is the only place I know where that experience can happen—which, really, is why I write about games. This essay, and all of my writing about gaming, attempts to interpolate my personal experience with my gaming life, with the intent of exploring how one informs the other. But if people still wonder, why videogames, then perhaps some of the theory is merited.

One of the premises that suffuses my life is that I can’t really understand what it’s like to be anyone other than me, no matter how close they are to me.* An example.

“I need you to watch Outsourced with me,” Megan said to me a couple of weeks ago.

“Because I need you to tell me whether or not it’s offensive.”

I couldn’t really answer, at least not clearly. I knew I might say it was “problematic,” in my fumfering, academic way—but for me, in order to be justifiably offended, I would have to be ethnically (and possibly nationally) Indian, which I am not. I do not have the tools of thought and experience necessary to decide whether, for instance, a joke about Americans having difficulty pronouncing Indian names would be offensive to an ethnic Indian, or to a national Indian—and really we need to cut finer, because the answer is almost certainly that it is offensive to some national Indians and not all, and that the question is influenced by a number of demographic and individual factors that, etc., etc.

Theorist Hans-Georg Gadamer suggests that each of us is limited by a horizon of experience—that, essentially, we can only see so far. I am equipped to understand what it means to be Californian, and I can probably see far enough to say what it means to be American, although my American experience is probably different from a black Tennessean’s American experience. My horizon lies somewhere in the middle there, as far away from myself as I can understand. In between me and that black Tennessean lies a lot of space—but also people, whose horizons overlap mine. If, say, I had access to a white Tennessean, or a black Californian, we could probably piece together a sense of what it might mean to be black in Tennessee, even though (to my mind) our picture would always be limited. In short, contact with others (bzw. Others) can expand our horizons.

Consider Heavy Rain. At present, I have no children of my own, although Megan has been threatening lately to produce a daughter and name her “Gert,” apparently to spite us both. But Heavy Rain put me in the shoes of a father, among others. The opening scenes focus on a father losing track of his son in a mall. It’s been six months since I’ve played the game, and I’ve already forgotten the names of every single character, but I remember my fear in that mall, pushing through the unmoving crowds as I tried to chase the red balloon that my son had been holding. I remember frantically hitting the button to call my son’s name, and being irritated that the voice actor didn’t sound as panicked as I felt. I remember being furious with the people who blocked my way, screaming at them in my head to move.

And when my son was hit by a car, despite my best efforts, I wanted to play through the sequence over and over, in the hopes of saving him. I kept thinking, if I’d only moved faster, and if the mall had been less busy, and if he’d only stayed close to me like I asked—the same kinds of thoughts I imagine a person in that position would think. I’ve only played through Heavy Rain once, so I don’t know whether his death can be avoided, but I didn’t feel like a person ransacked by fate—I felt like a guilty father. And while I still can’t say that I understand what it’s like to be a father, much less what it feels like to lose a son—that, thankfully, still lies far beyond my horizons—I can say that I’ve experienced a shadow of those emotions, a hint of what that feels like, at least. Heavy Rain gave me, in a small but intensely real way, the experience of being someone else.

I believe that videogames offer an unparalleled opportunity for people to understand themselves and each other. They allow us to see the world from a different perspective, and to my mind, that experience can’t help but be rich and expansive. I’ll be the first to admit that games like Heavy Rain are uncommon, but even games where we’re playing a space marine shooting aliens offer us the chance to rethink ourselves, to see the world through other eyes, to expand our horizons.

Probably my favorite essay that I’ve written—one that is, sadly, as-yet unpublished—concerns an episode in my life where, when I wrote it the first eight gorram times, I was certain I was the wronged party. Those first eight attempts were completely unsatisfactory, even though each time I was convinced I’d gotten it right. It wasn’t until my thesis chair convinced me that I had to add something about games that I was able to make the essay work. When I connected this moment in my life with Braid, I was able to rethink the story. I realized that one of the defining characteristics of the game was what was missing from my essay: regret. The dissonance of Braid—the distance between what we think we’re doing as we play, and the truth of Tim’s actions—takes Tim out of the role of valiant savior and shows us that he is, in reality, deeply flawed. This is what my essay needed, and more than that, what I needed. My experience with Braid invited me to reexamine myself and to understand myself differently, in a way that no movie, or book, or television show could. Being someone else, even if only for a few hours, changed the way I saw myself.

That is why I write about videogames.

______
* Nothing has proved this premise to me more effectively than marriage.  ?