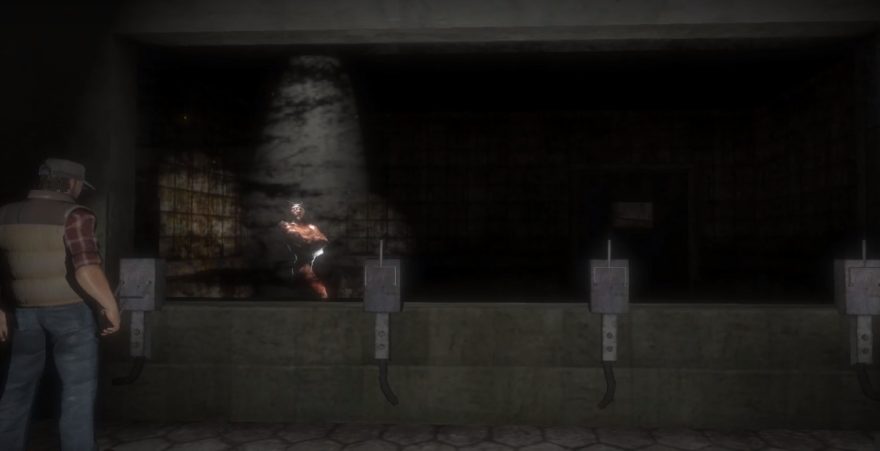 An alleged 2006 pitch for a Silent Hill game has shown up online. Created by Climax Los Angeles—also responsible for Silent Hill: Origins (2008) and Silent Hill: Shattered Memories (2009)—the game was originally planned as a PlayStation 3 exclusive title.

The pitch was uploaded by the YouTube channel PtoPOnline, and shows us that the game would have taken place in an old military base, repurposed by a religious cult. The 10 minute video shows main character Father Hector Santos exploring, engaging in combat, and solving simple puzzles. An El Paso, Texas priest, Santos travels to the town of Coyote Flats, Arizona after receiving a phone call from his niece, Anna. As one may expect from a Silent Hill game, the town has effectively gone to Hell, existing in two different states of existence: “Normal” and corrupted by memories of Silent Hill’s past.

nurses and Pyramid Head were all expected to make an appearance

Being a priest, Santos would have had to purify parts of the town gone awry—with the video explaining that water would play an integral part of the game. Vehicle sections were also planned for the game, giving Santos access to his pickup truck after a section of town was “cleansed,” and staple enemies such as nurses and Pyramid Head were all expected to make an appearance in the game.


After publisher Konami passed on its original pitch, Climax slightly reworked its story and game to create the pitch for Broken Covenant, which was planned as an episodic game that would release in one hour chunks. The studio had no success pitching this either, despite, as the video explains, its willingness to expand to the Xbox 360 if necessary. Differences in the two pitches can be found in detail in PtoPOnline’s video (shown above).

This, of course, is not the last story of an un-released Silent Hill game. In April 2015, Konami cancelled Silent Hills, a joint project between celebrated game maker Hideo Kojima and horror director Guillermo Del Toro, and removed its demo, PT, from the PlayStation storefront. You can read about some of PT’s long-hidden secrets here.