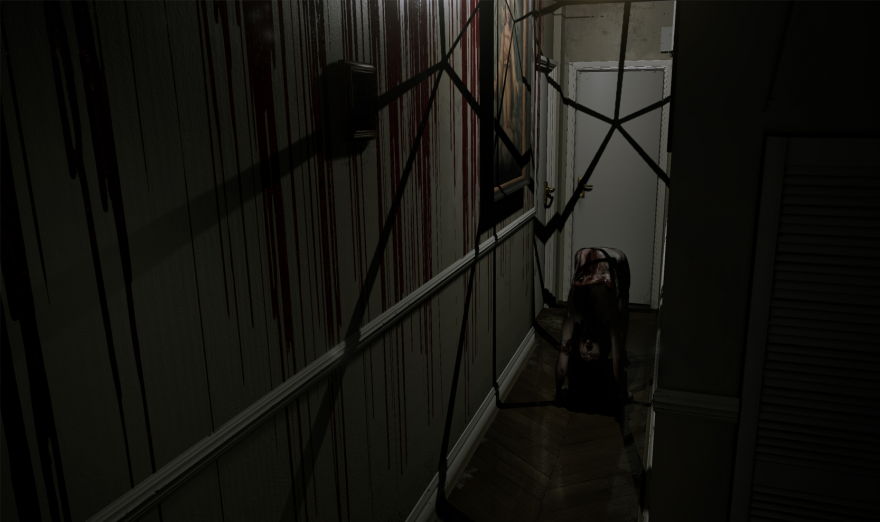 In a genre dominated by Slender clones and zombie-infested action game hybrids, P.T. filled a void in many horror fans’ hearts; a small, but twisted taste of what the larger Silent Hills project would be, it succeeded as its own, compact experience and also gave folks something to look forward to. So when Konami cancelled Silent Hills and removed P.T. from the PlayStation Store, where was there to turn? A little house on a quiet street in Manchester.

It began as a spiritual successor to P.T., but the more details that surface about the upcoming Allison Road, the more it begins to feel like its own distinct experience. Now there’s a Kickstarter for the project, asking for a little over $388k USD. It’s already made a large portion of that, with 28 days still left to go.

The Kickstarter campaign brings plenty of new details about Allison Road to light, namely its setting. It was known before that its already iconic home is a British town house, but now it’s revealed that the house is set specifically in Manchester, and that it won’t be the only location in the game.

A place called Magga is also teased—a rickety wooden cabin set at the top of a narrowly columnar cliff, shrouded in the darkness of a solar eclipse. Down the front of the snow-crested cliffside, a ladder descends into the shadows below.

Sample songs from Allison Road‘s Kickstarter reveal slow, wailing piano tracks reminiscent of The Chinese Room’s emotional soundscapes or the safe room themes of classic survival horror games, but there’s also a sample of one of its creepier tracks—dark, abrasive industrial seemingly influenced by Silent Hill’s own Akira Yamaoka. Lilith, the studio behind Allison Road, have said again and again that their game is meant as a “tense audio/visual horror experience,” making its sounds just as important as its gruesome sights.

To give those interested in Allison Road some hands-on time with the game, Lilith plans to release a PC-only demo called The Lucid Dream sometime next year. It’ll be a standalone experience separate from the main game, but set in the same universe.

For more on Allison Road, head over to its Kickstarter page.