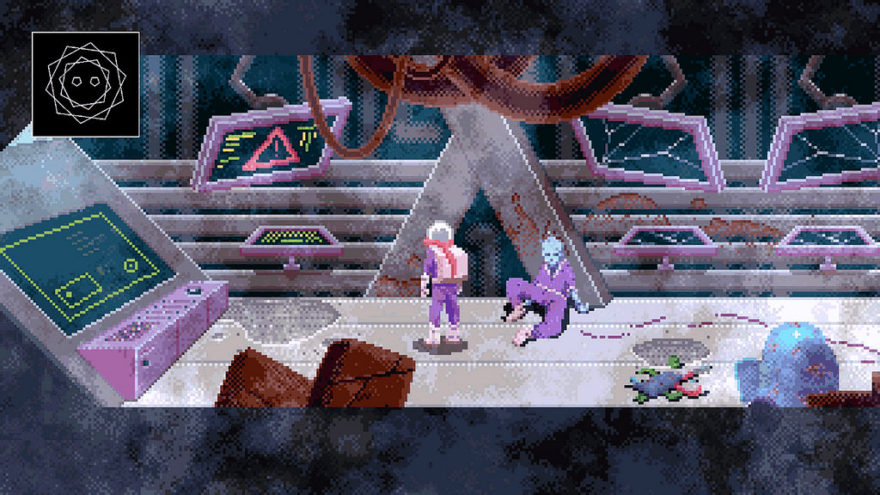 Alone With You is an adventure game that focuses on relationships—particularly, relationships with four fellow colonists. (Four fellow colonists who are actually dead, and appearing as holograms.) As the last member of an ill-fated space colony, the player is desperately trying to escape the planet. But the player can’t do that without getting to know the folks around them.

Relating to the four main characters—Winnie, Jean, Leslie, and Pierre—is just as important as exploring through the game’s 12 missions, and ultimately, escaping the planet. Each character has their own arc, as does the “troubled” AI companion and the player. And all of these threads relate to each other in unique, special ways that drive the game’s narrative.

The romance aspect of the game is intertwined with Alone With You’s gameplay; it’s not just a throwaway option to earn experience points. It’s an integral part of the narrative-driven story encapsulated in dialogue and subtle emotional cues. There are no feedback loops here—creator Benjamin Rivers was deliberate in his decision to leave out a relationship points system.

“The situation isn’t perfect, the people are flawed, and everything’s going to hell around you,” Rivers said, “but somehow, because we’re human, something akin to romance finds its way into the situation.”

Rivers isn’t part of the online dating generation—he’s celebrating his 15th wedding anniversary this year—but was able to draw inspiration from the “wistful memories” of meeting his wife. That, and from weird details and stories from friends who’ve given online dating a go.

Stepping away from his own personal tastes and interests was an important part of creating these characters. He designed the game to be playable from anyone’s perspective, “regardless of gender or orientation.” The characters are developed to be distinct in their personality—each character is designed to represent “something a little different.” Who the player chooses to pursue—if they choose to pursue anyone—will reveal a little bit about the player themselves.

Alone With You is launching August 23rd for PlayStation 4 and PS Vita. The game is cross-buy, so players will get both versions.