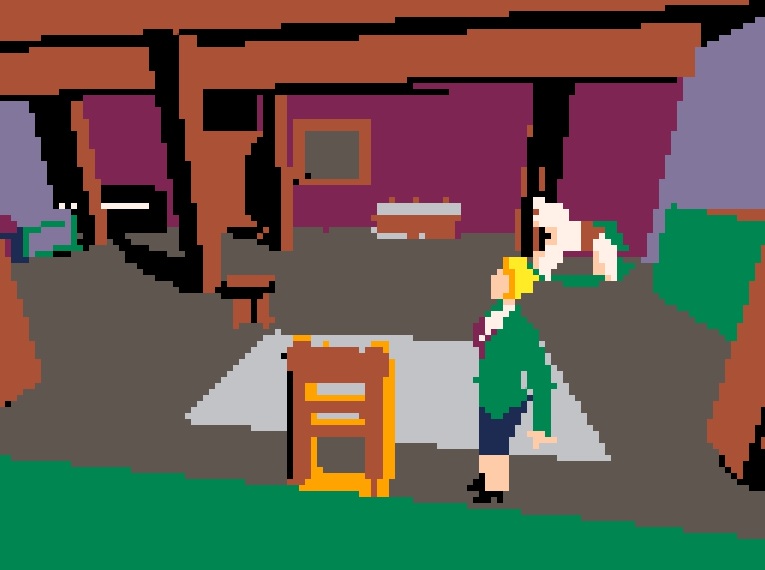 Today’s consoles might be a bit of hassle when compared to their predecessors. Years ago, when consoles first came out, there was no such thing as DLC, server issues, forcing players to be online in order to access a specific part of the game, or even the game itself. This might be why so many game makers and players have taken to the fantasy console that runs on your PC created by Lexaloffle Games’s founder Joseph White.

White made sure his PICO-8 fantasy console include everything a person might need when creating their game, ranging from code-editing tools, sound creation, sprites, and even maps. Users of the virtual platform can save the games they play in the form of .PNG files and referred to as “PICO-8 cartridges.” However, it restricts creators to a 128 x 128, 16-color display.

“adding more of the original game would require several cartridges”

But that didn’t stop Antoine Zanuttini from creating Alone in Pico—a small remake of Alone in the Dark, the 1992 classic which is considered the “First Ever 3D Survival Horror Game” according to Guinness World Records’s 2008 book. Alone in the Dark, and of course its remake, follows the story of supernatural detectives Emily Hartwood and Edward Camby—you can play as either one. With them, you set off on a journey to investigate haunted mansions that are supposedly infested with monsters and various terrifying creatures.

Zanuttini built his remake, Alone in Pico, using the PICO-8 fantasy console, and was, of course, restricted to its display and limited options. According to his post-mortem, “the idea of making a Pico 8 demake of the classic cult game Alone In The Dark started at Halloween 2015,” and he knew he wouldn’t be able to match the original game’s visuals or detail, “but the mesh complexity in Alone in the Dark seemed doable in Pico 8.” However, he was forced to remove some of the original components of the game such as the complex inventory system and the fighting sequences.

After trying the original game and its remake myself, I have to say that even though Zanuttini’s creation doesn’t live up to the visuals of the first game, it certainly makes up for it when it comes to optimization, fluidity, performance stability and, most importantly, creepiness. The sense of the 128 x 128 16-color display makes Alone in the Dark a completely different experience, while still maintaining the same environments and some of its iconic features.

Zanuttini plans on expanding Alone in Pico in the future, but “adding more of the original game would require several cartridges, and implementing more complex interactions (fight, throwing, shooting …).” He also hinted at the possibility of turning it to a simple 3D application, if people show enough interest in it.

You can try out Alone in Pico yourself in your browser right here.