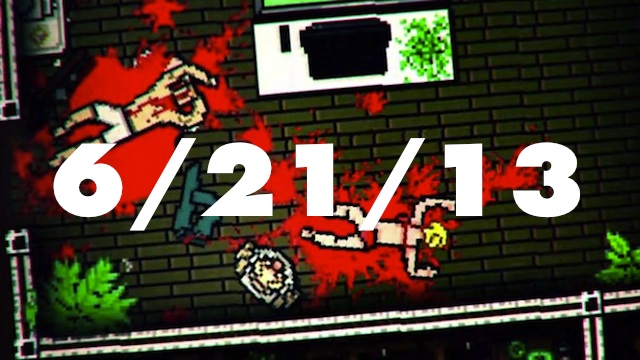 “When people call Microsoft ‘evil’, while I don’t want to defend them, it’s kind of an undeserved compliment. To be evil, you have to have vision, you have to have communication, execution… None of those are traits are things that I would ascribe to Microsoft Studios.” Skulls of the Shogun’s developer on working exclusively with Microsoft.

With that in mind, should we lament the about-face of Microsoft’s vision for the Xbox One? Probably not, but it was cool in theory.

The one and only mobile game to be controlled by chewing a piece of artifically-flavored rubber, Gumulon is pure marketing genius. This would work wonders for carrots everywhere.

Spaceteam was great and all, but it didn’t have analog controls that were ripped straight from the rubble of Sputnik—that or a Moog. Thanks to this group of university kids, you’d wish it did.

And if you think there’s no room for innovation in sketching, check out the randomly generated flipbooks of Matthias Dorfelt.

I can’t tell if it’s the video cassette scan lines or the well-dressed horse being brutally battered, but the teaser trailer to Hotline Miami 2 sure is disturbing.

Have a good weekend!