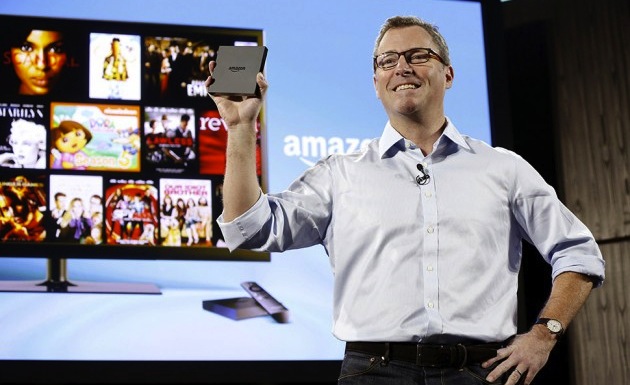 Somehow the fact that the Amazon TV Fire is a game console didn’t come up until nearly 40 minutes into the press conference, which may be telling of where their priorities lie. As suggested by the “TV” part of the name, they want you to buy this device because Amazon Instant Video is more and more of a Netflix competitor. It just happens to play games.

The Fire, though, is a little black game-playing cube that fits under your TV like so many others: OUYA, the Vita TV, whatever plays PlayStation Now, Steam Machines, that Roku I had that played Angry Birds. Amazon is touting partnerships with big publishers like Electronic Arts and Ubisoft, but those companies’ best efforts are all about pushing tech, and the Fire’s specs are on par with a cellphone. And, yeah, they’re getting Minecraft, a title they’ll share with everything except like microwaves and Oculus Rifts.

That puts responsibility on the shoulders of Amazon’s newly assembled Amazon Game Studios to produce exclusives that people want. So far, the one that has drawn the spotlight is Sev Zero: a shooter/real-time strategy game hybrid that sounds cool, if generic. We will see how this one fares as the Fire casts off to sea.