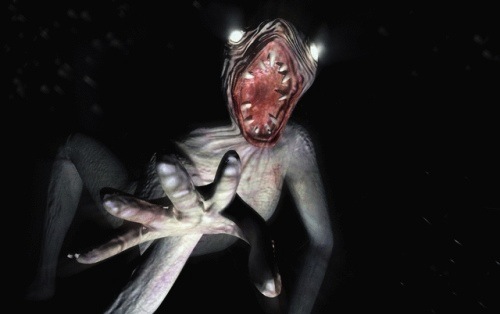 Horror games are currently in a rut with their slasher film mentality says Thomas Grip, designer of games that chickens like me stay far, far away from. Speaking with Rock, Paper, Shotgun about his upcoming title SOMA, he explained that scary games have yet to evolve from gory, cheap scares into a more psychological and terrifying type of horror. His words precisely:

Right now we’re sort of in the slasher horror genre in games. You’re just running from evil dudes or evil monsters. It’d be nice to move away from that and get into something more like Omen or Exorcist territory, where you have a very normal situation at the start, with normal people, that escalates gradually throughout the movie and eventually reaches a crescendo.

Basically, he’s talking about severing the survival from survivor horror, a genre that encapsulates pretty much every scary game ever, from Dead Space to Outlast to all those Slenderman games. This is something we’re coming to expect from Frictional Games, whose last game Amnesia: A Machine for Pigs wasn’t about fighting boogymen but unraveling the twisting murderous past of its protagonist. It sounds like SOMA will continue to haunt us long after we play it.