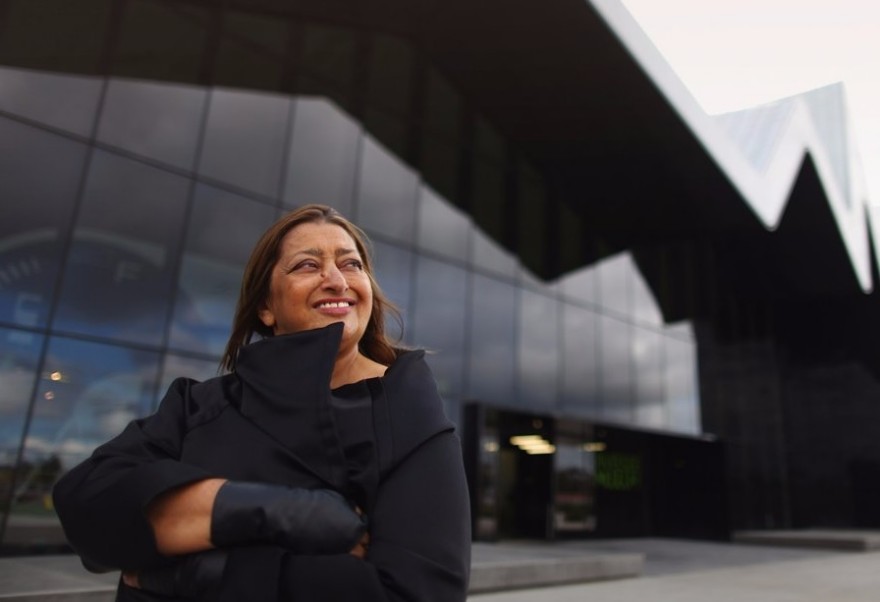 The architect Zaha Hadid, who died in Miami last Thursday at the age of 65, was one of design’s great optimists.

Only an optimist could dream up the billowing curves of Azerbaijan’s Heydar Aliyev Center, which sprout from the ground, rise like sine curves, and blend into one another without ever meeting at right angles, and think “Yes, this building can live unburdened by earth’s gravity.” Only an optimistic could spend decades drawing fantastical jagged futurescapes—impressive works of art in their own right—while breaking ground on precious few projects. Only an optimist, one imagines, could make headway in a male-dominated field with an unfortunate history of erasing women’s contributions.

But Hadid’s legacy is not attitudinal. It is physical. It is a deconstructionist fire station for the Vitra campus, a factory for BMW that transposed the machine-age musicality of Walter Ruttmann’s Berlin: Symphony of a Great City (1927) into this millennium, and it’s a school in Brixton that wrapped over and around athletic fields. It is an aquatics stadium for the London Olympics that made concrete appear more welcoming and fluid than the water which swimmers launched themselves into. It is a series of cultural facilities spanning East Lansing, Rome, Guangzhou, and Dubai, each more improbable than the one that preceded it.

What does it take to get an ambitious building constructed in the 21st century? Money? Time? The right client? A permissive environment? All of the above, one supposes. That is the context in which starchitecture happens, which is to say Hadid was both famously uncompromising and compromised. Her Riverside Museum of Transport in Glasgow and MAXXI in Rome both cost dearly, while skyrocketing budgets were cited as causes for abandoning her plans for England’s Architecture Foundation and Tokyo’s Olympic Stadium. “Her argument,” Rowan Moore writes in The Guardian, “was that buildings are around for a long time, and it is therefore worth spending more on something exceptional.”


Other builds designed by Hadid that experienced issues include her curvy cultural center in Baku, which is named after Heydar Aliyev, who purged rivals during his KGB days before trending towards the autocratic in his post-Soviet days as Azerbaijan’s president. Aliyev’s son and successor, Ilham, championed Hadid’s project. But in 2012, Human Rights Watch alleged that the center was built on unlawfully expropriated land. Then there’s the more recent construction of Hadid’s Al Wakrah stadium for Qatar’s 2022 World Cup, which has infamously been plagued by controversies over labor conditions.

the first female and Muslim recipient of the Pritzker Prize

None of these faults were really unique to Hadid, though they were often described as such. Santiago Calatrava has proven just as proficient at running over budget. The likes of Norman Foster are all the more entangled with regimes that have questionable human rights records. Frank Ghery once gave critics the middle finger at a press conference, but the word “diva” followed Hadid instead. (It is here that I pause to note that Zaha Hadid was both the first female and Muslim recipient of the Pritzker Prize, architecture’s Oscar.) One might reasonably contend that elite architecture has devolved into little more than the creation of expensive, distant baubles that do little more than reify their own creators, but blame for that state of affairs ought be diffuse.

It would, however, be unfair to simply say that Zaha Hadid embodied the values of her time. That formulation robs one of this century’s great architects of her agency. Zaha Hadid was a defining figure in architecture. Her work tested the very limits of science and materials. To watch other architects fall short with their swoops and swooshes is to see the unheralded brilliance of Zaha Hadid.

To merely decry the compromises inherent in Hadid’s work as naïve or cynical also denies the projects their underlying optimism. The MAXXI gallery and Guangzhou Opera House may have landed in their neighbourhoods like aliens from outer space with little sensitivity to the surrounding context (the latter design was originally pitched to Cardiff) but they were not hostile invaders. Hadid’s work embodied the optimistic belief that architecture could make places—including those with autocratic leaders—better. Her moral calculus may not have been beyond reproach, but she was not merely a cynic. The interpretive challenge for Hadid’s fans and detractors alike is to reckon with the sincerity of her work.

Sixty-five is always too young an age at which to die, but it is all the more so for an architect. Hadid’s was not a profession where luminaries tend to peak early. Having spent much of the 1980s designing projects that never came to fruition, she ultimately died in her prime. Many of her projects, including a new parliament and central bank for her native Iraq, have yet to be completed. Whether these projects will substantially change how we feel about Hadid’s work is unknowable, but their looming arrival, like the existence of their precursors, is a source of optimism for architecture’s future.