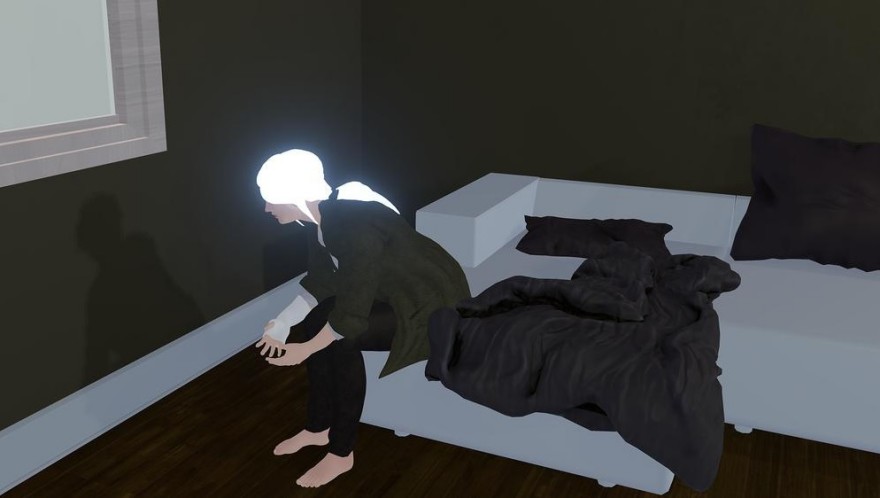 Georges Méliès discovered filmmaking’s jump cut by accident. By cutting out some of the frames in a single, still camera shot and splicing the two separate parts, it seemed as if objects were teleporting through space when watched back in real-time. In his 1898 short The Temptation of St. Anthony, he uses the jump cut to have women magically appear around the titular character, attempting to seduce him from his faith, before disappearing just as suddenly.

Méliès used the jump cut to become the great cinematic illusionist he’s now known as, producing what appeared to be magic through editing alone, and long before any concept of film-specific special effects existed—in fact, he invented a lot of it. What’s special about the jump cut is that it is (or, at least, was) a technique specific to cinema and helped to widen its lexicon when telling stories.

videogames are going through a similar phase of invention.

Some hundred years later, it seems that videogames are going through a similar phase of invention. We’ve already seen some games adapting cinematic techniques such as jump cuts and split-screen to tell their stories. But now, with the rise of the first-person narrative game, comes a storytelling technique that seemingly couldn’t exist in film (although it’s already part of virtual reality filmmaking) or anything else that came before videogames.

As with the jump cut, this technique is illusory and messes with our sense of time and space to make a connection between two or more places, people, or events. You’ve probably seen it used before as part of a mind-bending puzzle in a game, but now it’s being used with pure narrative intent. It goes something like this: You walk into a room from a first-person perspective, you turnaround to face where you just came from, and when you turn back around again the room has changed in some significant way.

Vital to this technique is that the transition is seamless so that it goes unnoticed. It makes use of your limited vision in the first-person perspective to make sudden changes to the environment when you’re not looking at parts of it. I’ve seen it pop up more frequently over the past couple of years in different games (keep an eye on That Dragon, Cancer) but the one, for me, that seems to be making the best use of it so far is the upcoming surreal adventure Anamorphine.

bottles of alcohol play the part of transitional materials

The game first appeared to me as a video of a prototype back in January 2014. You can still watch that video here. It showcased an interesting use of perspective as a means to have the player unknowingly cause changes in their surroundings. The objects in rooms change positions as the player simply looks around and, right at the end of the video, you see a series of pillars that seem whole and complete from one angle, but are revealed to be fragmented when viewed from any other angle. Those illusions are fun to experience and certainly fit the surreal tones on display but don’t outwardly interact with any narrative.

Now, with the latest build and trailer, the team behind Anamorphine are able to show how they’re using these perspective illusions to create a narrative with “no language, cut scenes, UI or action button.” Unfortunately, discussing the narrative would be to spoil it, as it’s meant to be interpretative; experienced first-hand by the player for them to think about. That being said, what I think I can get away with saying is that central to Anamorphine‘s narrative is travelling through the memories of a troubled mind. And trust me when I say it makes sense that you don’t have much control of the transitions between these memories. By simply staring at objects or looking around a room, you move between places almost by accident; places and characters spilling into each other.

Everything from photos and bottles of alcohol play the part of transitional materials and they’re bundled up in allegorical significance (alcohol as an “escape”). Objects also crumble as those pillars did in the old prototype to represent heartbreaking fractures in the memories. What strikes me about Anamorphine as impressive is how the team has incorporated the act of looking and moving around inside a 3D space from a first-person perspective into its storytelling. And it’s all wrapped up in metaphorical imagery so that almost every second of the journey can be read into for meaning. It’s actually quite exciting, at least to me, to see this singular technique develop as videogame creators learn to make use of the medium’s strengths to craft original ways to communicate a narrative idea.

You can find out more about Anamorphine on its website.