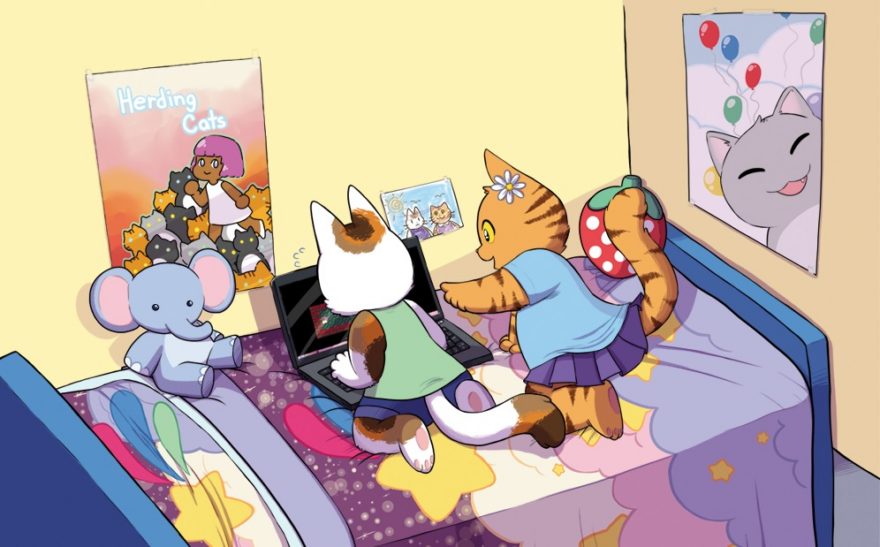 Game maker Anna Anthropy is no stranger to book publishing. She’s contributed to multiple anthologies in the past, including Merritt Kopas’s Videogames for Humans (2015) and Seven Stories Press’s The State of Play (2015). She’s also written multiple works of her own, including 2012’s Rise of the Videogame Zinesters and Boss Fight Books’s 2014 critical overview ZZT. This November, Anthropy has another book planned for release. But her demographic is a little different: she’s writing videogame guides aimed at young kids.

Published by No Starch Press, Make Your Own Video Game!: With PuzzleScript, Scratch, and Twine is an all-ages approach to game design. Featuring cover art from Cassie Freire and technical advising from Kyle Reimergarten, Anthropy’s upcoming book will provide tutorials and resources for young developers to take their first steps towards building their own games. The work will include tutorials on storytelling in level design, developing puzzle games in Puzzlescript, and programming for Twine in CSS.

the resources they need to speak freely through their games

“I feel like my entire literary career has just been attempts to create the kinds of books I would have wanted when I was a kid,” Anthropy told me in an interview. “In fact, the dedication in my first book, Rise of the Videogame Zinesters, was based off the dedication in an Ed Emberley book I had as a child: ‘For the child I was, the book no one could write for me.’”

Anthropy’s work comes at a time when game design is more accessible than ever. Platforms such as Twine, Ren’Py, Fungus, and Scratch allow newcomers to create complicated games with minimal prior programming experience. By drawing on design tools that are free to access and easily distributable on the internet, Anthropy hopes to give young developers the resources they need to speak freely through their games. After all, she feels young developers are particularly intuitive when it comes to learning game design.

“Is teaching games to a young audience different than teaching to an older one? Not as much as you’d think,” she explained. “If anything, I think kids get it much faster because kids are much smarter than we are, especially when it comes to any kind of technology.”

There’s an interesting phenomenon already happening across videogames, where teens and young adults that grew up with game development tools are starting to come into their own. As someone who grew up with shareware development programs, Anthropy saw this first-hand. By giving today’s aspiring game makers the tools they need to design games at an early age, Anthropy is building the foundation for a future of game creation.

“they’re so less filtered than we are, it’s always amazing”

“I’m always excited to see the kinds of things child game-makers will produce—they’re so less filtered than we are, it’s always amazing—but I’m even more excited to see the kinds of things that kids who grew up making games are going to be capable of when they’re adults,” she said. “If you have a computer and an internet connection, you can do anything the book teaches.”

As game-making becomes more and more accessible, who knows what games today’s young kids will be developing over the next few years? Anthropy strives to give these developers the resources to start learning today.

Make Your Own Games! can be pre-ordered now on No Starch Press’s official website. Early birds can use the coupon code PREORDER to purchase the book for 30 percent off. Oh, and if you’re interested in Kill Screen’s involvement with supporting young game developers, you can check out our ongoing scholars program, sponsored by Intel.