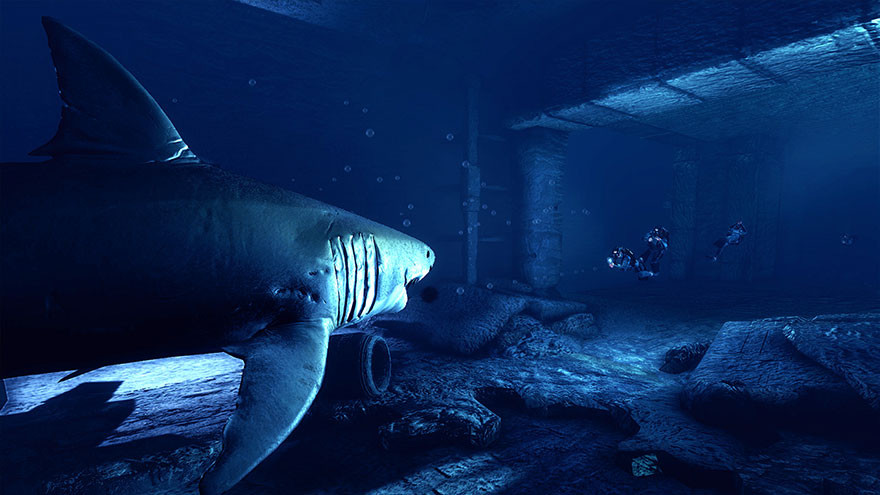 Meet Dave. Our hero is fending off aliens by throwing their eggs and glowing skulls. One day, he … well, that’s all there is in terms of story. Woah Dave! recalls the neon pulse of the arcade, with 8-bit graphics and a compulsive “one more turn” modus operandi. It also has a thing called “Bonkers Mode,” which is hard to argue with. Eventually, you’ll be saying “woah,” too.

Perfect for: Those gifted with technicolor vision and lacking the coins to play arcade games all night.

Is there nothing scarier than deep sea diving with a 20-foot Great White? Maybe not if you’re armed with underwater assault rifles and explosive sea mines. Depth is a visceral, action-packed adventure that happens below sea level. Play as a treasure-hunting diver or a menacing Great White Shark—yes, you get to be the motherf***ing shark. It’s almost as horrific as Ecco the Dolphin.

Perfect for: Thrill-seekers, real-life divers, wannabe divers, anyone who has ever sympathized with the shark in Jaws.

Playtime: Long enough to kill or be killed.

Drift’n’Drive‘s title is succinct, but misleading: sure, you just drift and drive (and hit turbo), but how does that drifting and driving feel? The game’s loose interpretation of physics rules the day. Slippery tires, destructible cars and fields of up to 32 drifting, driving, turboing opponents ensure consistent chaos, such that that simple title begins to feel like a sick joke.