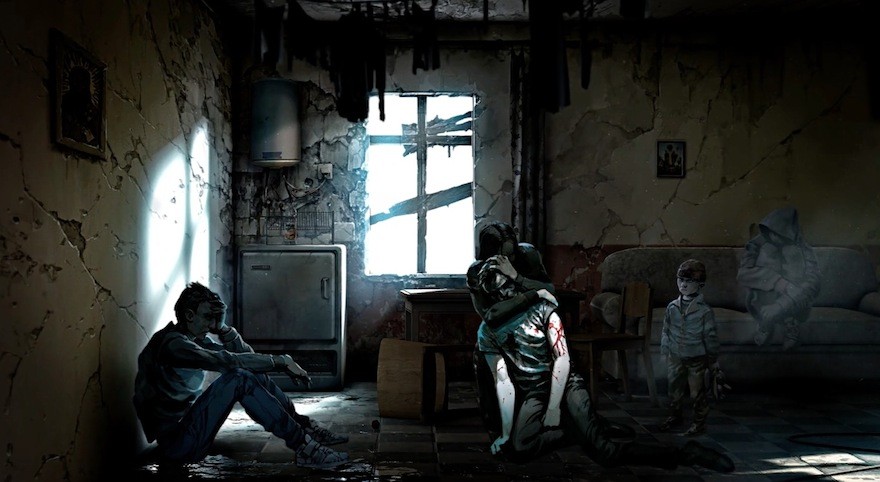 The impression one gets from a steady diet of FPS’s is that everyone is a hero, which is ridiculous and borders on propaganda and doesn’t take into account the far greater number of civilians whose lives become sleepless nightmares.

The point of This War of Mine, a horrific, survival—it’s not quite survival horror—docu-game by the Polish devs 11 Bit, is merely to survive the ravishes of war, not multiply the body count, which, let’s face it, is what the enormous percent of us who aren’t associated with the armed forces would be doing. I damn sure would be running and hiding. You play as a group of refuges cowering in fear in a shelled structure, just trying to stay alive in a city under fire.

All that exists of the game at this time is a trailer with no footage. The date is an ambiguous 2014. But the idea leans so heavily against the status quo that it’s worth keeping an eye on, although there have been a few others in this vein, such as 1979, and even more games that to various degrees guilt players for shooting enemies, like Far Cry 3, and To Shooter, With Guilt, and of course Spec Ops. It’s good to see developers resisting the typical war power fantasy.