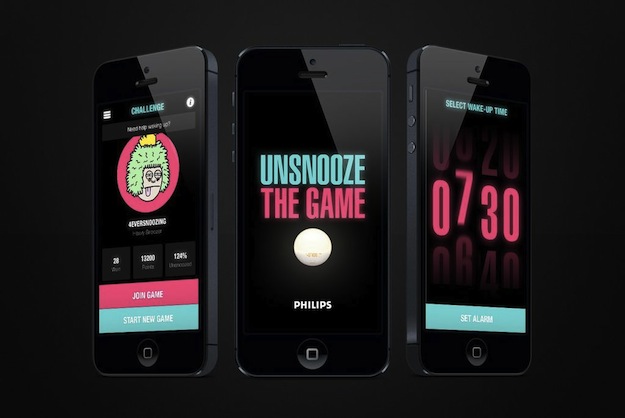 A study conducted by Dutch engineering and electronics conglomerate Philips found snoozing to be a real issue in the Nordic states, especially in Winter as the near-perpetual darkness makes getting out of bed a daily challenge. In fact, 82 percent of Norwegians confessed to being snoozers, with the other Nordic countries following close behind.

In an effort to curtail this phenomenon, Philips collaborated with Swedish creative agency Deportivoto develop Unsnooze – The Game, an iOS app that would turn waking up into a competitive game. Users set the alarm as they normally would, and are pitted against other players who set their alarm for the same time. Those who turn off the alarm first win, and of course, if you snooze, you lose.

This post was originally written by Kristen Nozell for PSFK.