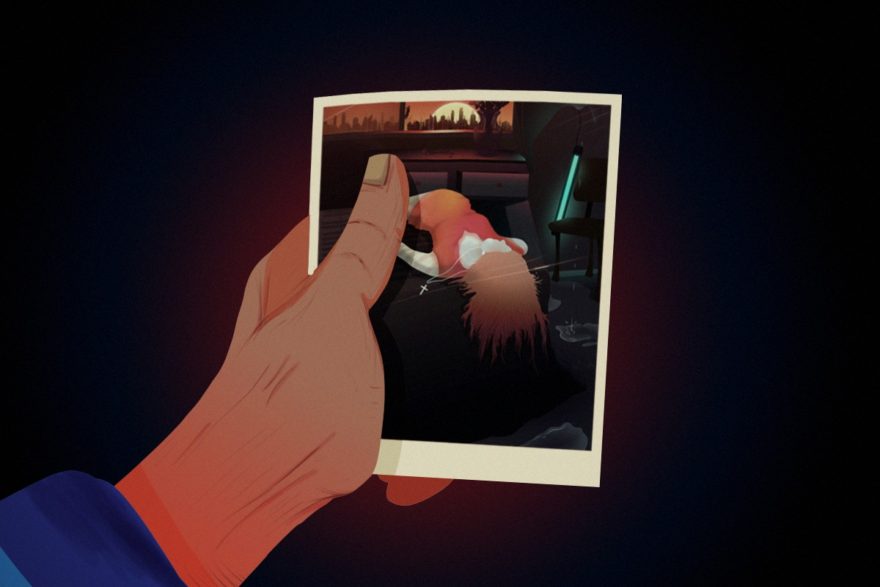 Antioch: Scarlet Bay looks like it’s set to take storytelling in videogames in a worthwhile direction. Out on April 6th 2017 for iOS and Android, it’s an adventure game set in the titular dark metropolis where you play as a detective investigating a homicide. That’s not the cool bit. It’s the fact that this is an online multiplayer game that should make you sit up and pay attention (it can also be played solo).

Yes, there are two detectives working on this case, and you’ll have to cooperate with each other as you work through the game’s story. You’ll each set out into the neo-noir streets of Antioch to gather clues, find evidence, and speak to the colorful faces of the population who may or may not lead you closer to solving the case. The characters you meet will especially alter the path that you end up investigating as they each apparently have their own agendas, but it’s up to you whether or not to pursue them.

you don’t always need to agree with your partner

It seems that, in some cases, you’ll have to talk to your partner—who, don’t forget, is another human player—to decide how to handle a given situation. Together you’ll decide which direction the story takes. However, it’s also said that you don’t always need to agree with your partner, implying that you can go your separate ways with your investigations. But you’re still both on the same case, which might mean that your independent decisions have an effect on the line of investigation your partner has taken. Perhaps it’s best to work together, then?

That potential push and pull of the narrative between two players is what grabs me the most about Antioch. We’re so used to videogames being under our control, and for them to ask us to make decisions, either through our actions or direction A or B choices. But in Antioch there’s room for that control to be taken away from us, and not in favor of the game’s designers, but another human player who has their own interests and hunches they wish to follow.

The creators of Antioch an encouraging awareness of this potential that they have set up. “We love text adventure games, and we wanted to approach them differently,” reads the creators’ statement. “We really believe that multiplayer will breath new life to this genre, giving more depth to your choices, because you’re playing with another human being.”

The concept of the game isn’t the only reason to care about it either. You can add to that the talent making it. It’s the work of a new French studio called Midnight Mood Studio, who are produced by Mi Clos Studio while the story is written by FibreTigre—the same team that created the existential space exploration game Out There. That game still gives me chills when I think about it.

Unfortunately, the team behind Antioch isn’t currently releasing much more information about it right now. However, below there are some new, exclusive screens from the game for you to wrap your eyes around. Get in there and have a proper good look. Some of it looks more Blade Runner than Blade Runner 2049, don’cha think?

You can find out more about Antioch on its website.